11 Foods and Drinks That Are Lesser-Known Aphrodisiacs 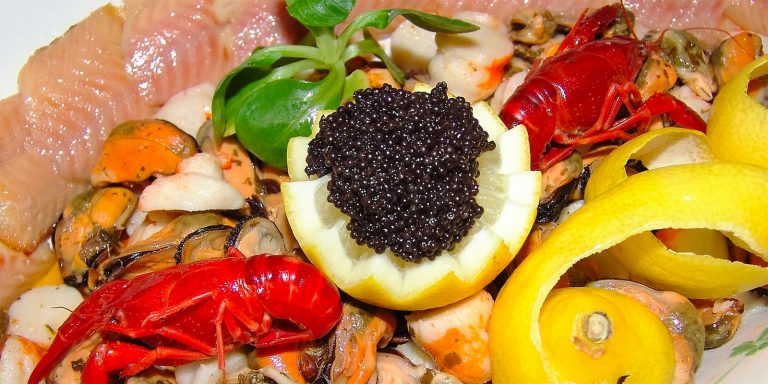 Who knew that pumpkin pie, Good & Plenties and powdered deer penis were turning you on?

Fourteen months ago I did a list of the 11 Foods That Just Might Kill Your Sex Drive and I always intended to follow it up with a counterpoint list of aphrodisiacs. But stuff kept coming up. Mostly car related.

Anyway, the follow-up day has finally arrived. My goal for this list was to find lesser-known aphrodisiacs. Everyone’s heard that oysters and chocolate get your loins all electric. My intention on this site has always been to avoid the obvious. (I’m not Annyong trying to teach people lessons about obvious, ya know.)

So I found these 11 lesser-known but totally viable aphrodisiacs — eight of which should be fairly easy to get your hands on, one of which you might have to go to a state fair to get, and two of which were just too ridiculous and amazing not to include.

So read up, then go be fruitful and multiply. Even though none of the turn-ons listed below are fruits. (Or multiplication tables.)

Research from the Smell and Taste Treatment Research Center in Chicago found that the number one scent that turns men on is pumpkin pie. So before you go out this weekend, open your refrigerator, grab that last leftover piece of Thanksgiving pumpkin pie, and just smear it all over yourself. (Then thank me later.)

Borax is a mineral compound that’s primarily used in detergents, anti-fungal medicines, and ceramics. But last night I learned it has another usage, when properly, um, ingested. Let’s turn things over to Dr. Joseph Bates, author of 1867’s Journal of Meteria Medica…

It (borax) is an aphrodisiac, and will excite the venereal appetite when taken internally; but its aphrodiasiac effects are said to be more marked when a solution of it is injected into the rectum and retained there for an hour or two.

In this 1867 medical journal, he also lists other aphrodisiacs including Indian hemp oil, oil of turpentine, nux vomica (whatever that is), phosphorus, musk, castor, and opium. Wow. Forget aphrodisiacs — mix all that up and you’re one eye of newt away from being able turn people into donkeys.

(Or, conversely, you could mix all that up, toss a bone in there with some meat on it — and you got yourself a stew.)

Apparently, celery actually contains pheromones. So gnawing on some celery is like the bland vegetable equivalent of dousing yourself in Axe body spray.

Because nothing says “turn on” like eating the liver of a force-fed goose. For some reason whenever I read the anti-foie gras propaganda I think of that scene from Se7en where Kevin Spacey makes the obese guy eat himself to death. Anyway, go have some sex thinking about that.

According to the Internet, eating a chili pepper has the same chemical effects on your body as sex. And if you don’t like eating spicy things, you can always get the chili pepper aphrodisiac effect by putting on tighty whiteys and singing Suck My Kiss.

(Yes, it’s interesting and all that bull testicles are an aphrodisiac, but what I found more interesting is that I had no idea how to spell “prairie.” How did this word escape me? As I was typing up this point I couldn’t spell it without the spell check’s help. How did that word escape me? Is it because I’m not a connoisseur of Michael Landon or Garrison Keillor’s work?)

(And now, typing the above sentence, I realized I also don’t know how to spell connoisseur without spell check’s help. Certainly less embarrassing than not knowing how to spell prairie, but still. Has the squiggly red line begun a full-scale erosion on my spelling aptitude? Minor panic has set in.)

Pop some ginkgo biloba capsules — they’re good for your memory AND your sex life. (Maybe because having a good memory can be such a great turn-on; people love it when you remember little details like where to nibble to get their motor running, or their name.)

Anyhoo, if you grind up deer penis and sprinkle it into your wine, it’s supposed to be a serious sexual boost. Not sure where you’d get deer penis here in the states — I’d start by checking eBay, then hit up Chinatown, and finally see if you can convince Whole Foods it’s trendy and organic enough for them to order it.

Much like the smell of pumpkin pie gets men going, the smell of Good & Plentys gets women going. Maybe it’s something chemical about the scent of the licorice or maybe it’s because the oblong, pink-and-white candy coating makes them look like horse tranquilizers… but something’s hitting the right chords.

Not only is absinthe often cited as a turn-on, I also found books that identified champagne, stout beer, wine, cocaine, marijuana, and poppers as aphrodisiacs. So what you’re telling me is that getting drunk or high puts you in the mood for sex? Groundbreaking stuff. That’s like saying “taking a vacation to Greenland, Saskatchewan or Antarctica puts people in the mood for down jackets.”