Why do restaurants think it’s a good idea to have their animal mascots killing themselves for your pleasure?

Well this is a weird one. 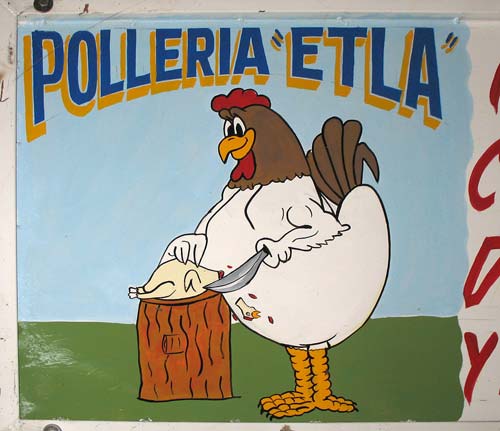 Not only is it extraordinarily disturbing to see a rooster chopping the head off a chicken (sending the bloody head flying in the process)… the striking resemblance to Foghorn Leghorn also maintains the proud Mexican tradition of borderline copy infringement. 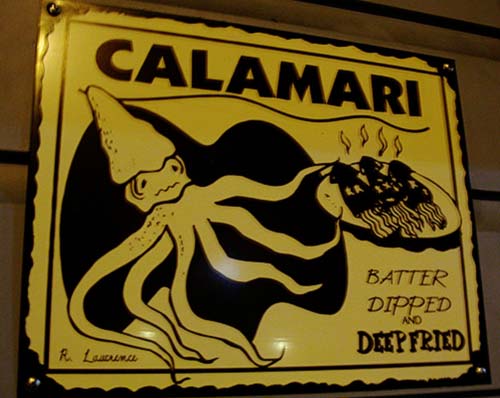 My favorite part of this is the uneasy look on the squid’s face. Like he’s conflicted about serving you his deep-fried children because he realizes that if you like it, he’s next. But at the same time, he prides himself on being a good host. 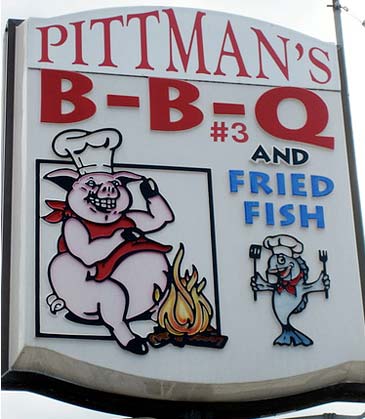 I’m thinking this is some kind of murder-suicide pact. I think the pig takes out the catfish then burns himself, but that’s really baseless speculation. 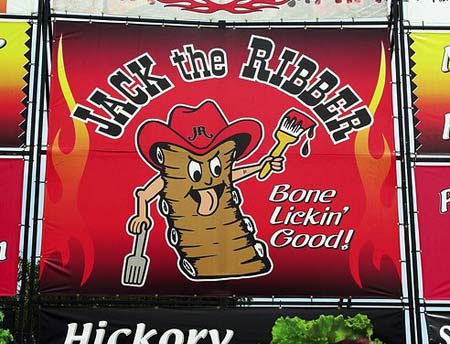 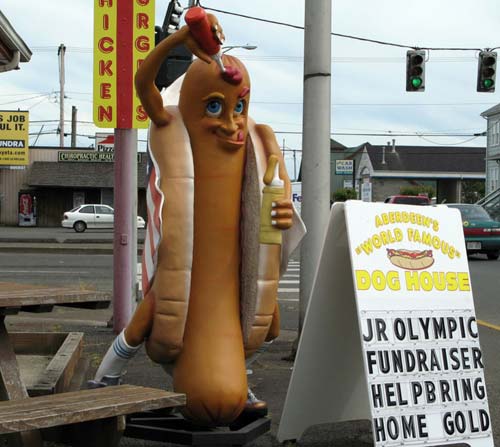 I love ketchup as much as — or, quite frankly, more than — anyone out there, but I don’t really want to see my hot dog applying it to himself. Hot dog meat is already questionable enough without knowing it’s suicidal. 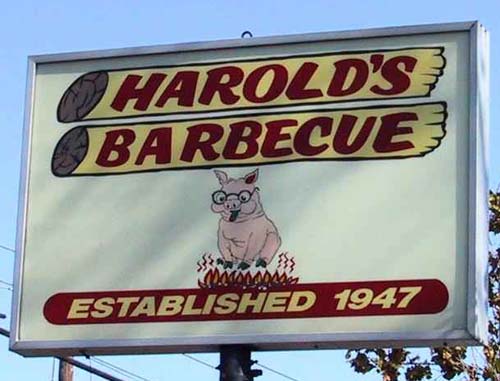 This really looks like Spider Pig once he transitions to Harry Plopper. You know, except that Spider Pig doesn’t do the die-in-a-fire thing. 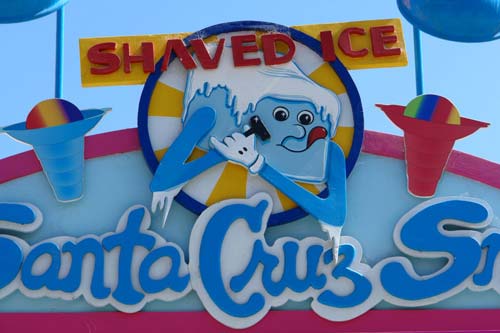 I’ve got to give a lot of credit to the artist for going with a traditional men’s razor here. It’s a good touch. If only he’d use whipped cream as shaving cream. I’m also glad that I never found a gyro place that showed a dripping, greasy spit of lamb meat using Bic on itself… that just doesn’t seem as cute.

As I was researching this list, I found dozens and dozens of animal mascots killing themselves, and in almost every case, they do it with a smile. Not this chicken. He’s burning himself alive and he is HATING it. I have no idea how this is supposed to make me hungry for chicken — it’d kind of be like eating lamb chops at a petting zoo — but it’s probably more accurate.

9 | The pig slicing himself 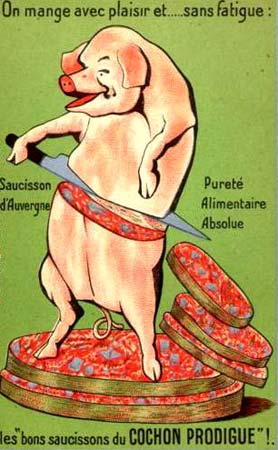 I can’t tell what’s going on with his face. Do you believe his smile that he’s happy? Is that long black line on his face supposed a tear from the pain? Or is it a teardrop tattoo from all of his homeys that he’s sliced up first? These are the questions the French are too afraid to answer.

10 | Are cheese and “Cheez” really the same thing? 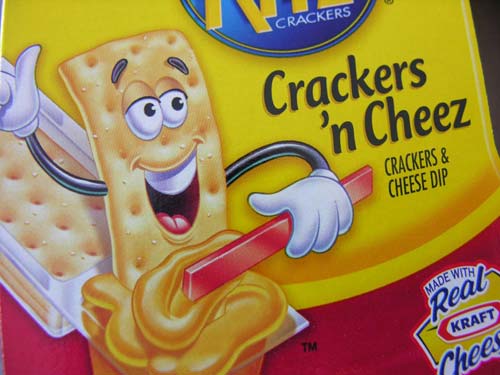 This guy is exceptionally happy to be bathing in a tub of yellow that may have traces of real Kraft somewhere inside but has since been transformed into a sea of artificially-colored chemical paste. (The amount of real cheese in there is kind of like the amount of Screech’s school song that made it into the version that everyone else rewrote.) 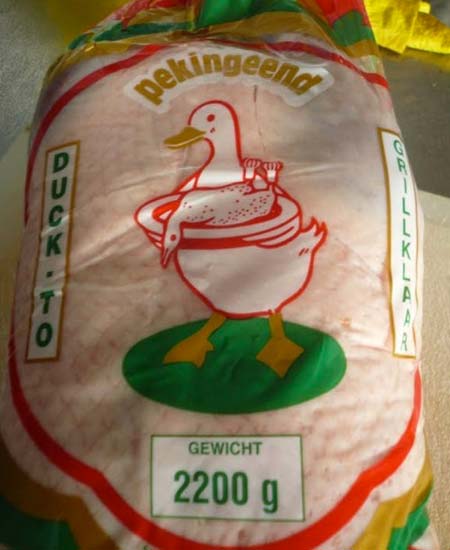 The Simpsons Was Wrong: Humans Are Kinda Low in the Food Chain