11 Foods That Start With the Letter Q 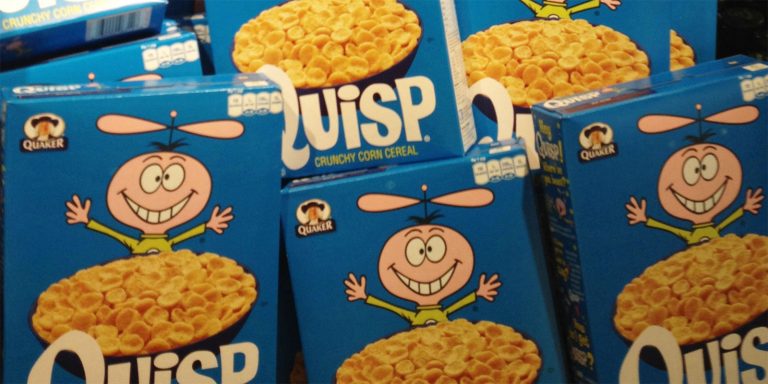 Much like Rosie Perez in White Men Can’t Jump, I too enjoy learning foods that start with the letter Q.

In honor of Rosie Perez…

I really do like a good quesadilla. I actually prefer them thin to thick. With thick quesadillas, you feel like you’re eating a cheese wheel wrapped in a tortilla.

To a nerd like me, Quark is short for Quark XPress, the sort-of-popular desktop publishing software. To a bigger nerd than me, a quark is a generic physical subatomic particle. To a bigger nerd than that, Quark is the name of a character with giant round ears on Star Trek: Deep Space Nine. And to the biggest nerd of all, quark is a type of soft cheese that has a texture somewhere between cottage cheese and ricotta.

I’m surprised this is a stereotypically gay food, as all of my gay friends are smart enough not to poison themselves with a deep-dish pastry filled with heavy cream and egg yolks. Just a horrible job by the international stereotyping department on that one.

Quail isn’t that good, it’s really gamey and one bird doesn’t even really yield enough meat for one person’s dinner. Therefore, I believe this only became a food because hunters love shooting quails so much that they needed some kind of bullshit justification.

Everyone knows this word now, thanks to Family Guy. A quahog is a type of clam. I love steamed clams. (And steamed hams.)

A quince is a fruit that looks kind of like a pear. According to the Jeopardy! scene of White Men Can’t Jump… aka the inspiration for this list… in the Garden of Eden, the forbidden fruit that Adam and Eve ate was actually a quince, not an apple.This may or may not be true, but really doesn’t seem worth arguing about, because, like every Biblical debate, the actual Bible text says something completely generic and innocuous and then thousands of people read and interpret and misinterpret and fight over what that really means. For example, I looked it up: In this case, the Bible never described it as anything but “fruit.” Now let’s argue about that means for the next 500 years!

I really enjoy dipping chips in queso, although I know four people who got food poisoning from four different restaurants’ queso dips, thus giving it one of the highest scarcity-to-potential-for-poisoning ratios of any food I can think of.

I’ve never had it, but the bastion of reliability known as Wikipedia describes it as “a saucer-shaped, baked paste of corn meal and syrup.” Sounds awesome.

[Addendum, 7/30/08. My friend Ryan send me this info on Quisp after reading this: “Quisp is/was awesome… It tasted like Captain Crunch, basically. But they were shaped like saucers, so you could get a little bit of milk in the cereal bits. Brilliant. The only disconcerting thing about Quisp is that they always had space trivia on the back, and the answers were horribly outdated. Like, the correct answer for ‘How many moons does Jupiter have?’ would be one. Sort of made you wonder.”]

This is the flavoring that makes tonic water taste like tonic water. Interesting fact: I don’t think I’ve ever had a sip of tonic water without either gin or vodka mixed in. And, in a brief informal survey of the six people I just talked to, none of them had either. Do people actually buy tonic water to just sip at home, or is it one of those things that only now exists as a mixer, like grenadine?

If you’re ever in a post-apocalyptic scenario where 98 percent of the human race is quarantined with a virus that’s spreading at unprecedented rates (for an example, see any science fiction movie in the past five years), and you survive, after a few months, feel free to convert to cannibalism and just go to town on quarantined humans. Make sure to broil them good though, ya know, to kill any strains of that virus.

And when you’re done, please pass on a “Hello” from me to Will Smith, Clive Owen or whomever the soon-to-be-martyred hero of your post-apocalyptic world turns out to be.