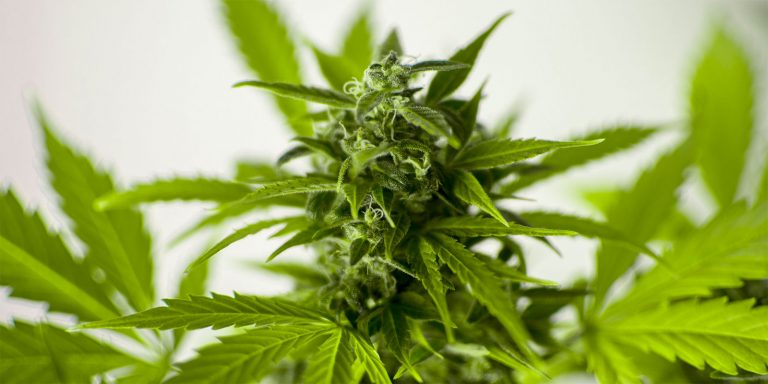 A study found the addictiveness of different drugs and other substances, and the order might not be what you’d expect.

What I did stumble onto was a study about drugs and other addictive substances. A magazine called In Health (which is now defunct) had experts use the data they’d gathered to rank the drugs on their addictiveness level. It was based on two primary factors: For the average person, how easy is it to get addicted and how hard is it to stop using? Each drug was assigned a total score, from 0 to 100.

The talking point of the study ended up being that nicotine was ranked number one — the most addictive thing in the world. It just beat out meth and crack. I’m not at all a fan of smoking, but I’m so burned out on anti-smoking rhetoric that I decided I couldn’t put together a list using the “most addictive” angle.

Instead, I decided to look at the drugs at the other end of the list. Now, I’m going to put this in bold because I feel like I have to: This isn’t an endorsement of doing any drugs of any kind. I grew up in Reagan’s ’80s… many of the readers of this website grew up in D.A.R.E.’s ’90s or Mr. Mackey’s ’00s… so we all know drugs are bad. Plus, even these “least addictive drugs” are still plenty addictive… some of them still have an 80 percent chance of hooking you.

This is merely a sensationalized look at some of the lesser drugs for the sake of blogtertainment. It’s like doing a list about STDs and focusing on the gonorrheas and crabs of the world and kinda ignoring things like AIDS and SuperAIDS. (And, as you’ll see below, I promise it’s not going to secretly turn into a pro-marijuana piece. The legalize marijuana people, like the anti-cigarette and animal rights people, are reaching that level of “you make a valid point but your tactics are so alienating that you’re doing more harm than good.”)

Oh, I forgot to mention this study was done in the very early ’90s. Back then (from what I hear) people were popping ‘ludes and reds all the time. It was making it particularly hard to follow Kris Kross’s orders to jump, jump.

Over the weekend, I was designated driving which had a strange side effect: At the bar, I ended up actually listening to the lyrics of the music being played. When the Shots song came on, I realized, for the first time, Lil’ Jon says, in succession: “If you ain’t getting drunk get the f*ck out the club” and then, joyously, “Where my alcoholics at?” (Either still in the club and relapsing or getting the f*ck out, I suppose, Jon.)

I guess, in this case, “alcoholic” has been co-opted to mean, “crazy fun heavy drinker” and not “lonely divorced man with combover drinking $5 whiskey at a place with a bartender who calls everyone ‘Mac’.”

So yeah, according to these people, tying one off is 0.05 less addictive than tying one on. Only one also makes you take heavy doses of jazz, though.

The percentage difference isn’t huge… but, perception-wise, it feels like there are just worlds of difference between heroin and cocaine. If you hear someone’s doing heroin in a bathroom stall you get the hell out of the place because you feel like something really, really bad is going down. If you hear someone’s doing cocaine in a bathroom stall at a bar you laugh and say, “Wow this is the weirdest Denny’s I’ve ever been to.”

I’d argue this but I drink like six Diet Cokes a day. A few of my friends and I are so hardcore about Diet Coke that we avoid restaurants that have really good food but have the audacity to serve it out of cans and not a fountain. But I’m not addicted. I could stop at any time. Really. I could.

Back when I lived in the very urban part of Hollywood, a friend who was visiting saw six cops trying — and failing — to wrestle down a guy who was on PCP. I can see how superhuman strength could be addictive. (If there were a drug that gave people the power of invisibility it would change the world forever.)

Also, side note: I wish the brief anecdote above had happened in my current neighborhood so the guy on PCP could’ve fought with cops on the PCH. And someone could’ve filmed it and set the video to some angry music by ICP. (Or Loosen Up My Buttons by PCD, if he was feeling ironic.) I could go on.

Oh my God! He’s saying that marijuana is addictive! Time to skip the rest of this and take my argument to the comments.

For those still reading, here’s what the study said regarding marijuana. “Although the drug is not addictive to most casual users, marijuana can be highly addictive to a small percentage of people who use it. It is estimated that between 10 to 14 percent of regular users will become highly dependent.”

Well that’s specious reasoning. I’d like to sell the author who wrote that this rock I have that keeps tigers away.

The study called it a “relatively new drug on the scene.” I miss the ’90s. Remember John Wayne Bobbit? Dana Carvey? Everything I Do, I Do It For You? The Buffalo Bills? Video stores? The milkman, the paperboy, evening TV? Those were the days.

Seventeen percent is a pretty low for ‘shrooms — almost makes me feel like it’s noise and not fact. I mean, if I have a really good *portabello* mushroom sandwich I’ll crave them for at least a week.

On the other hand, LSU is extraordinarily addictive. When you see their hideous football field that has blocky numbers every five yards (instead of the standard 10) you just can’t look away.

So when the White Devil came to this country the locals gave him the most addictive substance and kept the least addictive to themselves. A-maize-ing!

End on a pun and keep ’em coming back, that’s what I always say.

Why Does Half Baked Hold Up So Well?