I made a bunch of graphs about Twitter. And yes, I am calling my own graphs “funny.”

As far as I can tell (admittedly from a surface-level Google search), no one has ever put together any funny Twitter graphs. It’s just sitting out there, betting for it, and no one’s done it.

I couldn’t sit by and let that tragedy go un-rectified. So I dusted off my sixth grade art skills and my ninth grade math skills and whipped up these 11 original graphs about Twitter. Enjoy. 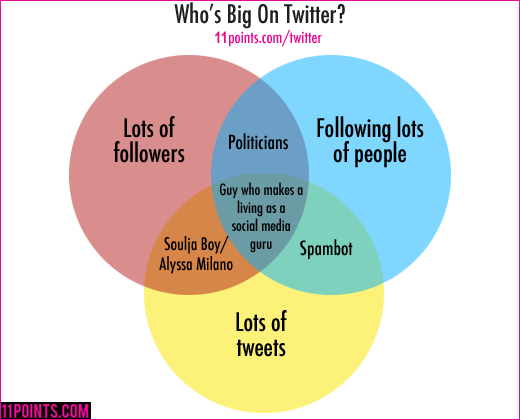 A Venn diagram breaking down different relationships between number of Twitter followers, number of people following you and number of Tweets. 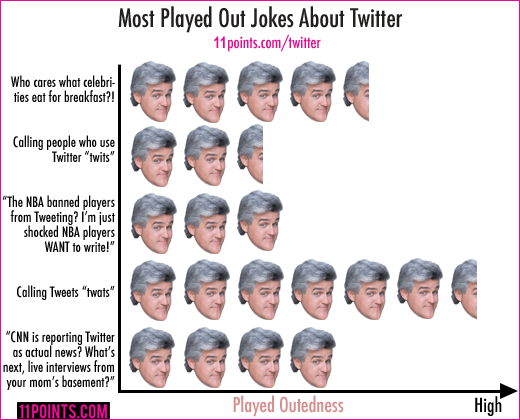 Did you ever notice that the word Twitter is only a few letters away from the word twat? I noticed that while eating bad airline food, leaving the toilet seat up, and making some pithy observations about the differences between men and women.

3 | The Best Thing About Celebrities Being On Twitter Is… 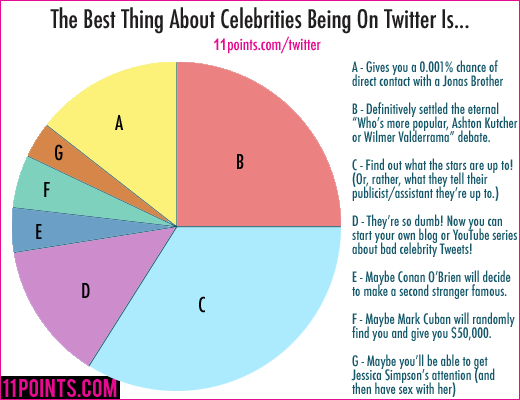 A pie chart of different reasons celebrities and Twitter are a glorious match. 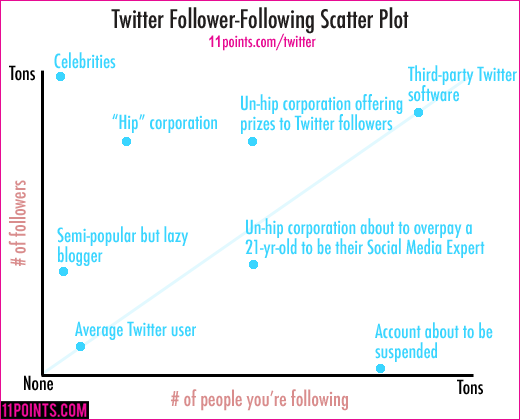 Different points hang in the balance of number of followers and number of people you’re following. 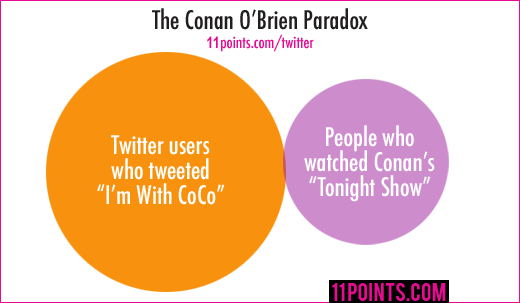 When NBC started screwing with Conan O’Brien, the Twitter community rallied behind one of the hip comic faces of the intelligentsia. But not everything added up for me.

6 | Things You Do On Twitter That Annoy Your Friends 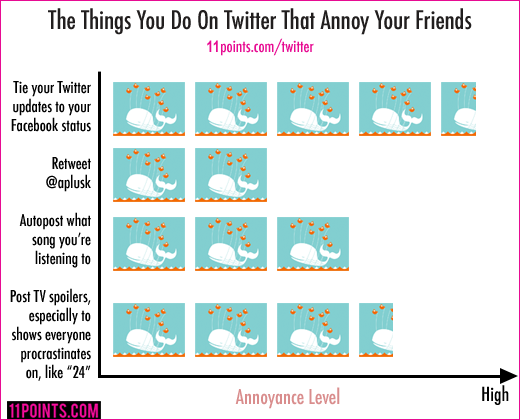 See what behavior is an offense worthy of four-and-a-half Fail Whales.

When you click on a trending topic, you see the most recent 20 tweets about that topic. Here’s what you should expect to find. 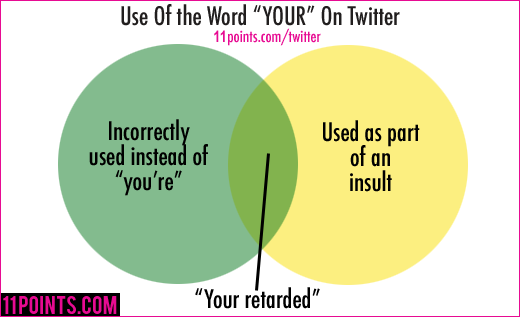 English’s most abused word finds no respite on Twitter. 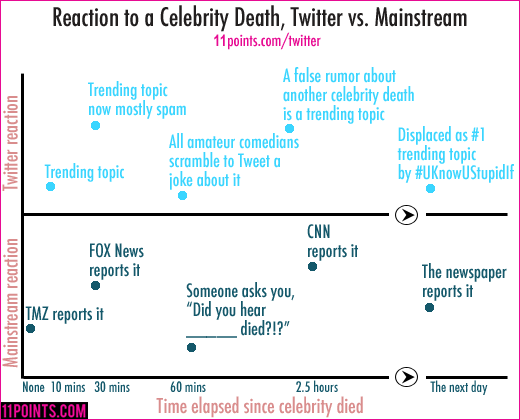 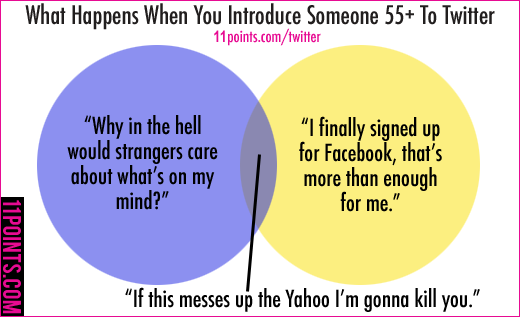 The results are never pretty. 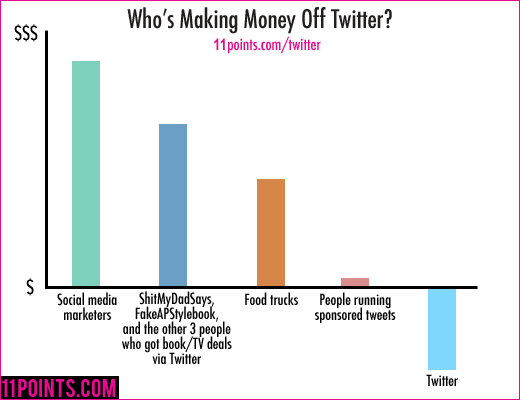 Some people are. Just not… well…

All 30 MLB Teams’ Official Hashtags, Ranked From Bad to Worse