Wrestlers used to be garbagemen, animal caretakers, funeral attendants and more. Here’s how much those side jobs would’ve paid.

Over the weekend, I found myself browsing deep in the annals of Hulu, and there, I came upon a channel called WWE Classics. It’s got a few hundred clips of old matches… many of which are from the late ’80s and early ’90s, when pro wrestling was my bona fide obsession.

Back then, the WWE was the WWF. (I know the World Wildlife Fund somehow strong armed them into changing the initials… but that still ranks up there as one of the stupidest name changes in history. Right next to Football Bowl Subdivision, Chad Ochocinco, and Two Guys and a Girl with no pizza place.)

Over the same weekend, in a completely unrelated event, I also found my way onto the Bureau of Labor Statistics website, looking at salary data for hundreds of jobs. That’s what I do on my weekends. Watch old wrestling clips and look at data. It’s a modern miracle I have a girlfriend.

I decided to combine those two web stumblings into one list and do an homage to the WWF of my formative years. In that era, WWF overlord Vince McMahon had a penchant for giving wrestlers gimmicks where they had other side jobs outside of wrestling. He’s outgrown that now… it took about two decades too long, but he finally realized that fans aren’t more likely to cheer, boo, or buy tickets to see someone just because he’s billed as a wrestlin’ plumber.

Here are the 11 old school WWF wrestlers who have the lowest-paying side jobs, based on the most recent data from the Bureau of Labor Statistics. 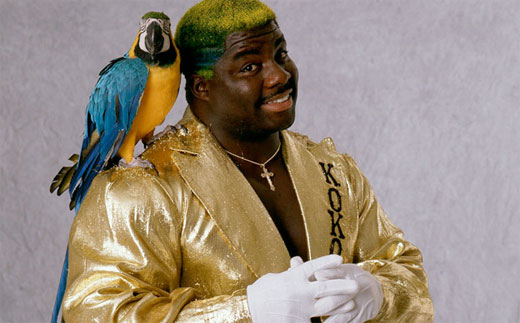 Koko wrestled in the era before black guys finally broke through the WWF’s upper card glass ceiling. (Even now, when they do, it’s a tenuous situation at best. Wrestling is right up there with scone baking as a mostly honkified business.)

Koko’s gimmick was The Birdman… he would bring his parrot, Frankie, to the ring with him. I chose him as the representative for the nonfarm animal caretaker because Jake “The Snake” Roberts was eventually less defined by his snake wrangling and more by his psychological warfare (and debilitating alcohol and drug addiction). Plus, if Jake was a real caretaker, he would’ve found a way to stop the Earthquake from repeatedly crushing his snake Damien with butt splashes. 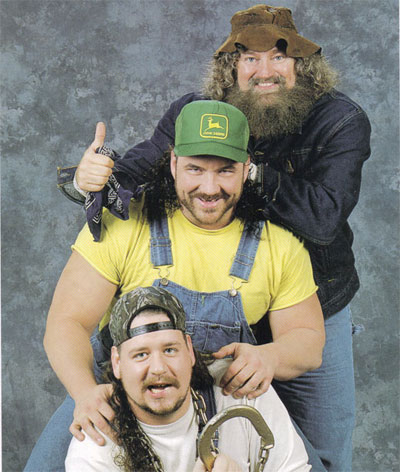 Hillbilly Jim was popular in the mid ’80s. He was brought back in the mid ’90s to try to make the fans like two obese wrestlers whose names acronymed down to HOG and PIG. Clever acronyms were never Vince McMahon’s strong suit. (Besides HOG, PIG and the aforementioned WWE, he also had the XFL — where the X stood for NOTHING, not Xtreme.) 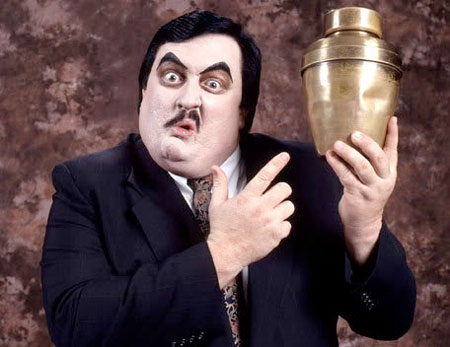 The Undertaker actually makes a much better living from his side job, more than $58,000. Paul Bearer’s lower-level position isn’t quite as lucrative. Although he does hold in his hands an all-powerful urn, so that might let him charge rates a little bit above the mean. 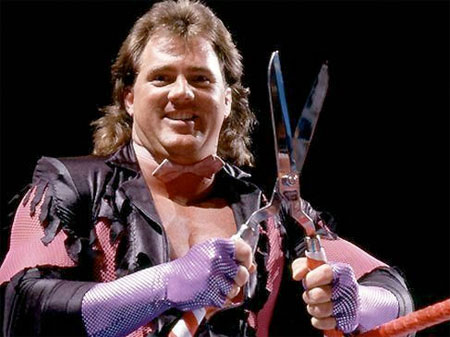 I always understood that, because he was a barber, he had the tattered clothes. I could even kinda justify the brightly-colored fishnet gloves. But I could never quite figure out the purpose behind the bowtie. Maybe, since this side job is so low paying, he had to take an additional side job as a Chippendale? Or a bowtie model? Token for the Nation of Islam? 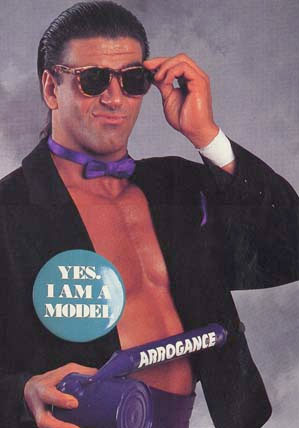 The average model pulls in $30,000 — but I assume that’s for, like, posing with a bottle of Castrol at an auto industry trade show. Once Rick Martel debuted his fragrance Arrogance he had to be making BANK. Just like other famous fragrance makers like Coco Chanel or Christian Dior or Frederick Coolwater. 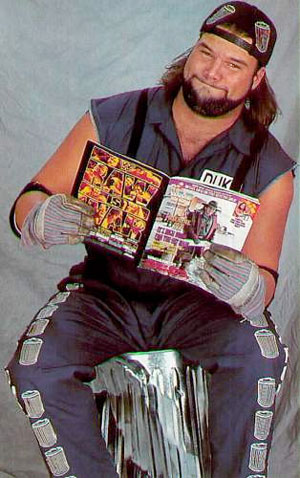 I would say this was one of Vince McMahon’s worst gimmick ideas ever — I mean, how successful can a wrestling garbageman ever be? — but the gimmick was actually Droese’s idea. What I can blame on McMahon: Having the ring announcer say that Droese hailed from “Mount Trashmore, Florida.”

Unless that’s an homage to Mount Splashmore from The Simpsons (which I am almost positive it’s not), the concept of Mount Trashmore makes Parts Unknown seem grounded in reality.

[Edited 3/23 at 10:15 AM: Turns out there actually is a landfill in Florida that’s referred to as Mount Trashmore. Kind of invalidates that rant. Oh well.]

7 | The Bodydonnas: Skip and Sunny – fitness trainers and aerobics instructors ($34,310) 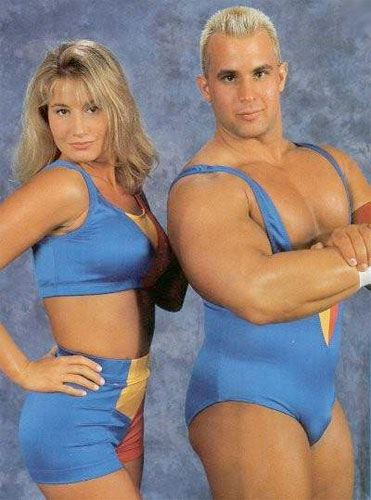 Many wrestlers have found heel success by coming out and insulting the general fitness level of the crowd. Ravishing Rick Rude was so good at it that we looked forward to it; as a boy, I remember going nuts when I was at the Richfield Coliseum and he called us all “fat, out-of-shape, Cleveland couch potatoes.”

The Bodydonnas tried that but, without having even one-two-thousandth the charisma of Rick Rude, any reaction was nothing more than a Pavlovian trigger based on hearing the name of the city. Skip was definitely more suited for his low-paying side job than for wrestling… at least the theatrical elements of wrestling.

Sunny, at least, ushered in the WWF’s era of fake-breasted blonds… an era that, from what I can tell, has exploded today to the point where it’s actually impossible to keep track of all the fake-breasted blond women the WWE has on the payroll. 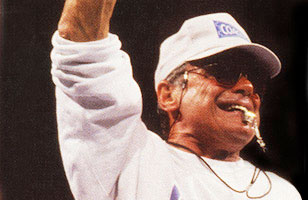 This guy was Mr. Perfect’s manager for a while in the early ’90s. He would blow his whistle for almost the entire match. It’s not as annoying as it sounds — it was actually far, far, far more annoying. 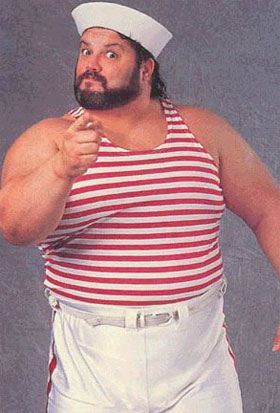 It was never clear if this guy was on a tugboat or if, because of his size, we were to believe that he might actually BE a tugboat. I’m going with option A because of the cringe-inducing lil’ sailor’s hat he’s got on.

During my wrestling phase, I often found myself in the position of defending pro wrestling to the traditional dissenters. Things like “evil clowns who wrestle” made my position exponentially more difficult to defend. 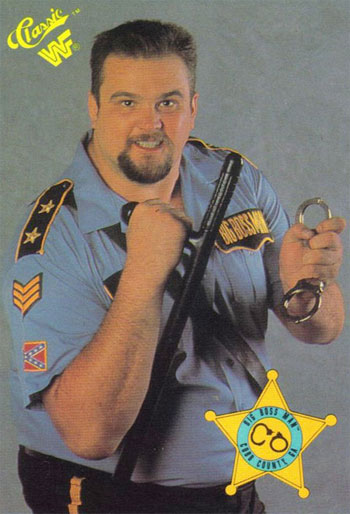 With that fairly reasonable side salary he shouldn’t be on this list. And he wouldn’t be if the Bureau of Labor Statistics tracked the annual salary of vikings… if Jim “The Anvil” Neidhart was actually an iron worker… or if I’d decided to count Val Venis under the occupation “pipelayer.”