Car repairs and modifications are really expensive. So if you can figure out how to slap together a home remedy, go for it.

With a ghetto car repair, there’s no passion, no creativity. It’s like using duct tape to reattach a bumper or putting saran wrap over a broken window.

A geniusly ghetto car repair is different. It’s an artistic approach to avoiding paying for a car repair or upgrade. It’s finding a solution to an automotive problem using stuff from around the house. The results aren’t elegant but they’re clever. It’s MacGyver meets Rube Goldberg meets People of Walmart.

For this list, I picked 11 of my favorite photos that fall under the geniusly ghetto auto repair umbrella. Definitely do try these at home… 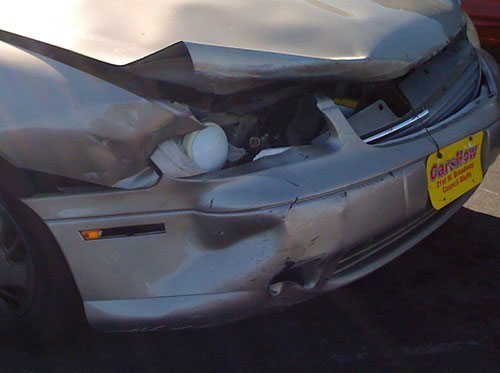 Even me and Cinderella could put this one together as we drive home with one tap light. 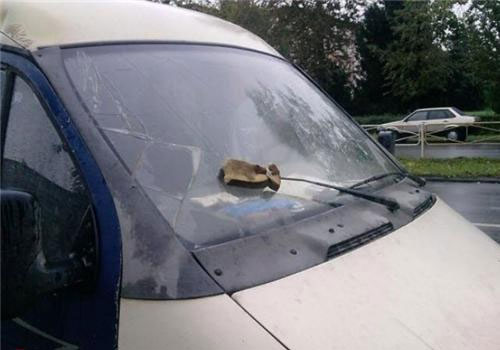 So after I saw this, my imagination took an unpleasant turn and I did some Google searching. And I’m happy to say there is no photographic evidence of anyone using a diaper, adult diaper or feminine hygiene product to replace a wiper blade. Good on you, world. Good on you. 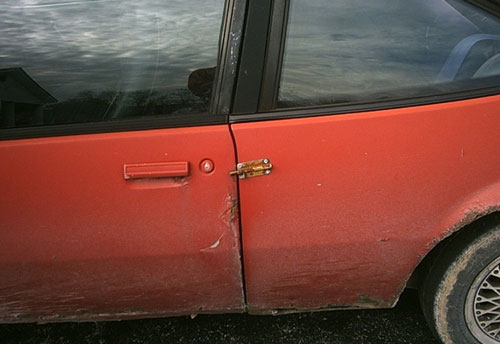 There are a lot of photos online of people using chains and Master locks to protect their cars. I liked this more… such a rickety yet seemingly effective way to keep the door from flying open. 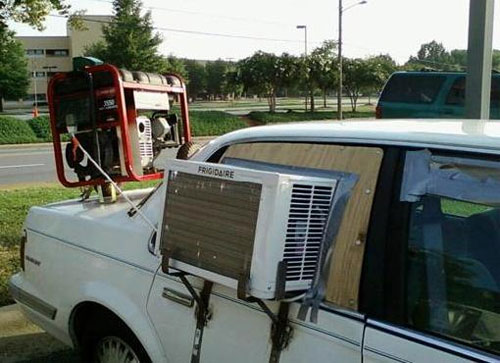 This is a hell of a rig and can’t be street legal… but on a brutal summer day, I bet this guy is the most popular guy in town. I wouldn’t be shocked if this has gotten him laid. And while this is incredibly convoluted and looks bafflingly dangerous, at least it’s a better temperature solution than this… 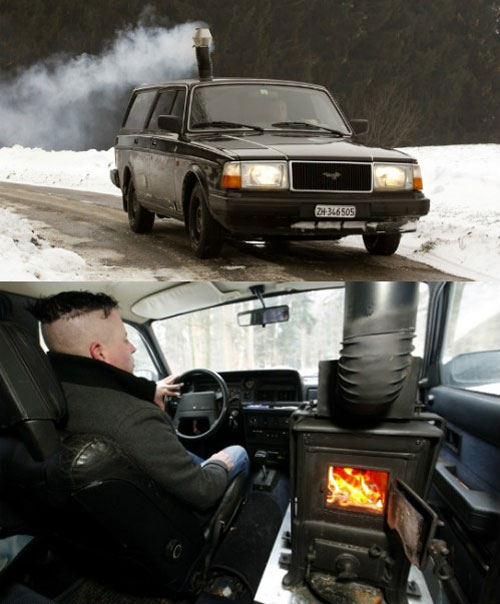 I love that he did this in a Volvo. Pay a premium to buy a car because of its safety reputation… then take out the passenger seat so you can have an open flame next to you. That’s like installing barbed wire on top of your baby’s crib. 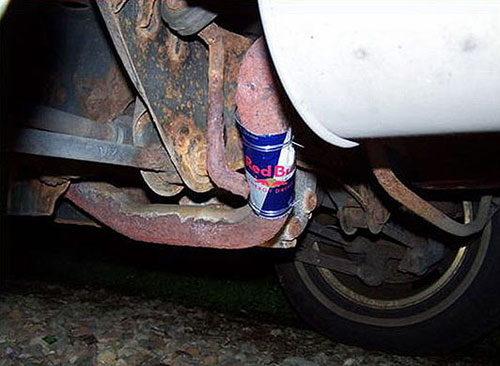 Better than actually having to drink the stuff, I suppose. 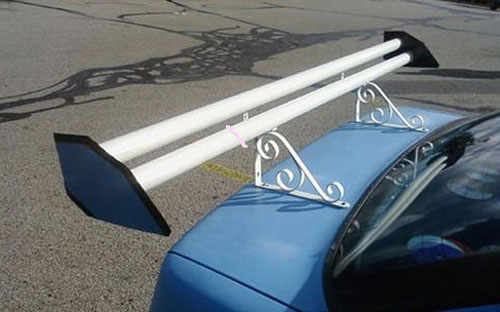 I’m thinking that if this guy gets up to the speed where he actually needs a spoiler, this halogen/curtain rod holder combo is probably going to go flying. But from a purely aesthetic view, this guy could’ve totally done background work in Fast and Furious: Tokyo Drift. 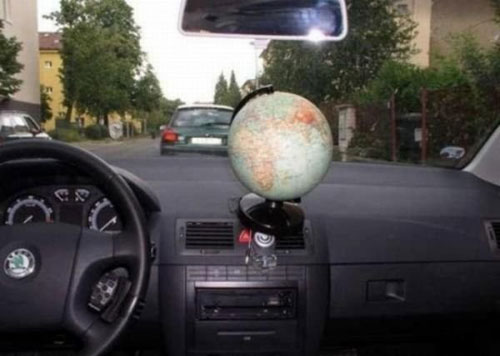 Unless he’s planning to take a long, long, long trip… and ford a hell of a lot of bodies of water Oregon Trail-style… I’m not sure this is going to give him the directions he really needs. (Although it could come in handy on a trip to see the hamburgers eating people in Rand McNally.) 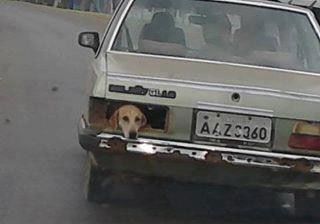 Does a dog looking to the left count as a turn signal? 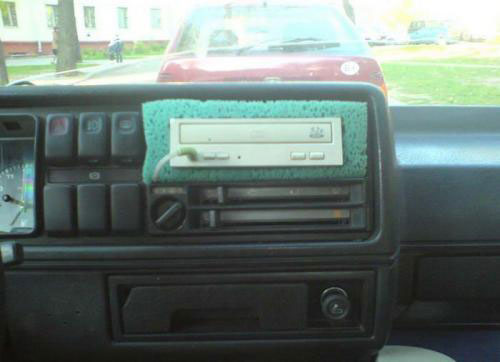 This is actually a pretty practical way to use an old CD-ROM drive. If only this guy had an old Commodore 64 cassette drive around the house too, he could’ve rigged himself an even better stereo. 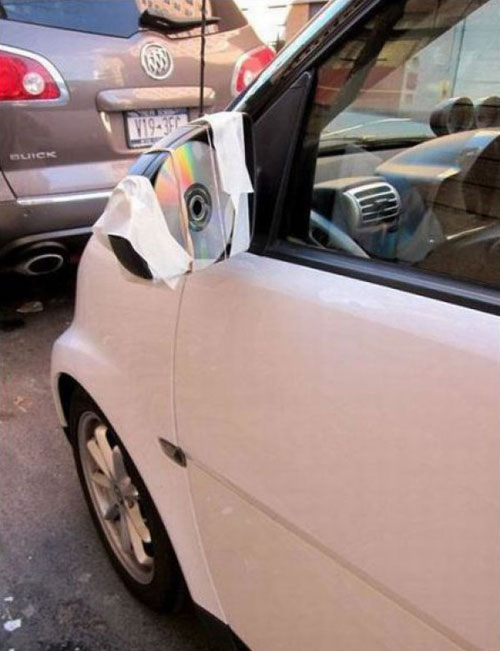 The only thing that would make this better is if it were one of those “5,000 Free Hours of AOL” CDs. Or if that Buick parked in front of him had an entire back windshield made of CDs because Elin just shattered it with a golf club.