It’s totally worth failing a test if you’re going to win the Internet.

I’ve been meaning to do a follow-up to my list of 11 Great Moments In Math and Science Class History for at least a year. But, ya know, I got distracted by things. Like Fringe. And pie.

1 | How do you change centimeters to meters? 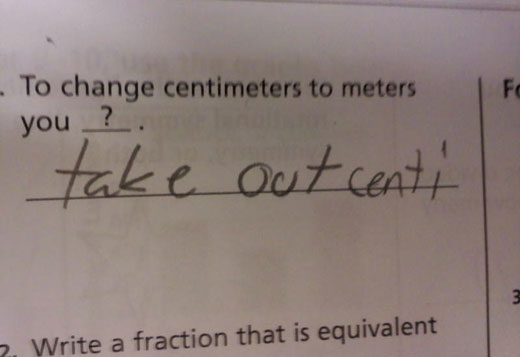 Turning a question on a math test into English wordplay is some kind of strong left-brain/right-brain jiu-jitsu. If the teacher had written “To convert centimeters to meters you ____” do you think he would’ve written “Baptise them”?

I wish I could see the whole question (and then spend two hours trying to re-learn the chemistry I learned 17 years ago) to see if this kid got the answer right — or his honest-but-lugubrious hedge right. Either way, his answers are mutually exclusive enough that he should get points for at least one of these two questions, right?

How can the teacher not give a point for this? The question only asks the student to “suggest one reason” and that IS one possible reason. Is that really less viable than “She needs to change the magnification” or “The lens cap is on.” 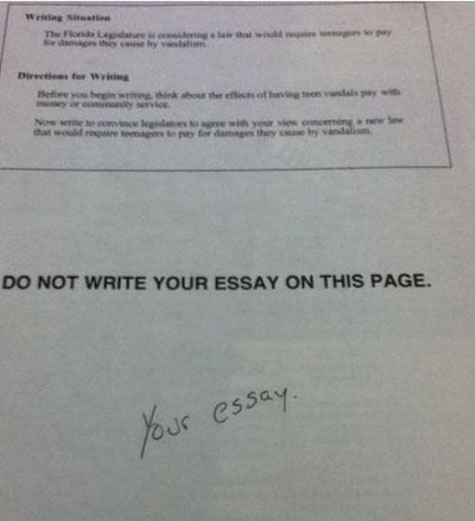 It’s the standardized test equivalent of abjectly loitering under a “No Loitering” sign or touching the Cornballer.

5 | Spanish commands for your sister 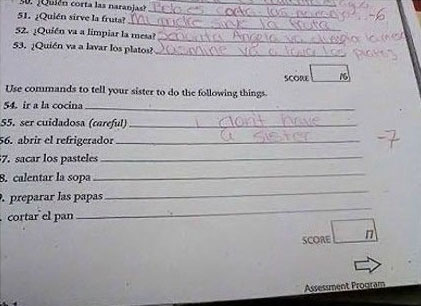 I don’t have a sister either. But if I did, I’m thinking she’d probably react pretty acridly to me vehemently barking things like “open the refrigerator” at her in English or Spanish. (That’s the only one I can translate through context clues, by the way. My other guesses include “paint me with pastels,” “wash the calendar with soap,” and “prepare to sing California Dreamin’.”) 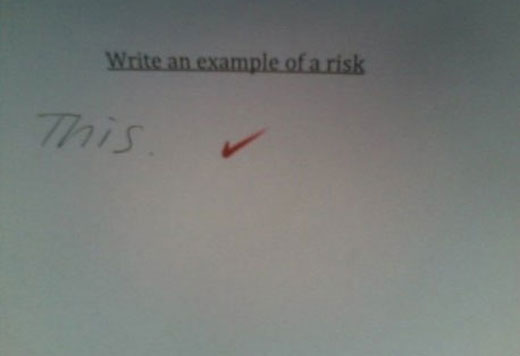 How happy was this teacher? Got to give a student full credit for a tacitly brilliant answer AND got out of having to read yet another cumbersome, droning essay about trying out for the soccer team or giving a speech. 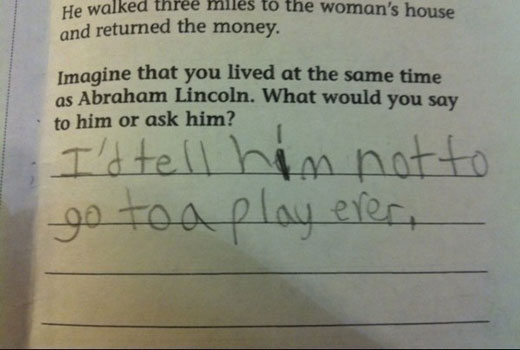 Did you know the play Lincoln was watching when he was shot was called Our American Cousin? And the line when Lincoln was shot was “Don’t know the manners of good society, eh? Well I guess I know enough to turn you inside out, old gal, you sockdologizing old man-trap.” Those were the last words Lincoln heard. This kid is on to something. 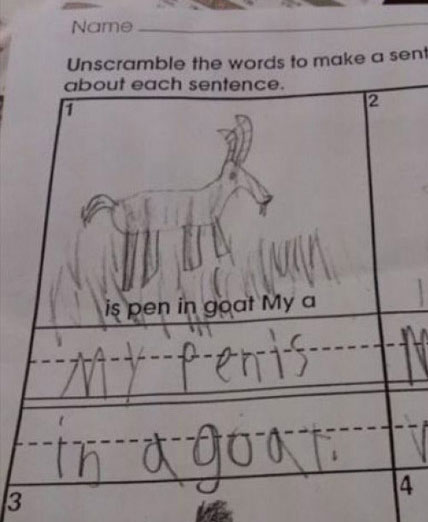 I don’t know that this kid was insidiously answering in an inappropriate way. Is it possible this is supposed to say “My pen is in a goat” — which is one of several viable alternative answers, by the way — and this is a kerning issue? 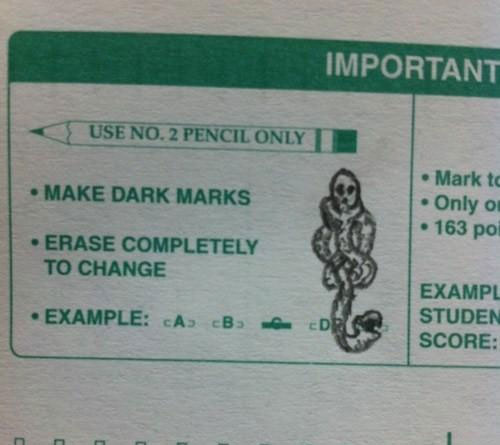 This doesn’t necessarily earn points on a standardized test but was worth 50 points to Slytherin. 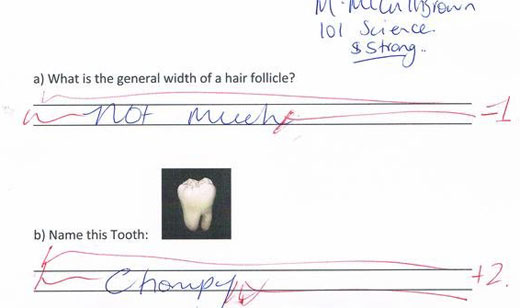 If I were a teacher, I handle this the same way. The “not much” is just lazy and deserves no points but “Chompy” IS more correct than the actual correct answer. 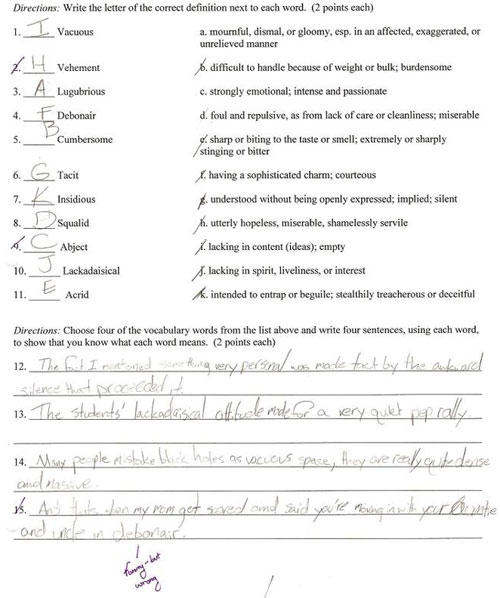 It kills me because if he’d just slightly tweaked the lyric and replaced “in” with “who are” it would’ve been correct. It’s clear this kid isn’t vacuous, he was just lackadaisical in going the extra mile.

11 Questions with Rick Detorie, Cartoonist Behind One Big Happy