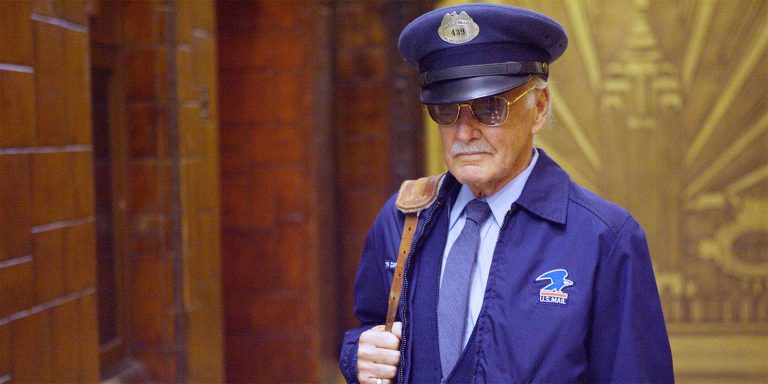 You’d never guess which 11 people have starred in the movies with the highest total box office. Well, you might guess two or three of them. But still, that’s a lot you wouldn’t guess.

I stumbled onto a really interesting list this week that ranks actors by the total domestic box office gross of every movie they’ve been in. What made it interesting? I might’ve guessed three of the top 11. I might’ve only guessed five or six of the top 25.

The list includes the box office results from voice roles — so the animated juggernauts count. That alone pushes some people way up and keeps some people much lower. For instance, Will Smith — who you’d think would be high — is only 43rd, thanks to only one animated movie. (Shark Tale, which didn’t even do that well.) Meanwhile, at least three guys few people have ever heard of made the top 11 — including some of the top spots.

Here are the 11 highest-grossing actors of all-time… surprises abound.

I’ve waxed poetic about Liam Neeson’s late career action hero reinvention plenty of times on this site (<11 Most Badass Liam Neeson Moments In Taken and 11 Movies That Accidentally Turned Out Good come to mind) — and certainly, those films have helped. But really, he made it up here thanks to his recent role in The Lego Movie… or, from a more cynical place, from his cameo in The Dark Knight Rises.

Less cynically, he doesn’t get credit for his voice being in Star Wars Episode II, or he’d be two spots higher on this list. Where, if my memory is correct, he warns Anakin Skywalker that he has a very particular set of skills.

If this were adjusted for inflation, I’m guessing Harrison Ford might be number one — or at least close to it. He did a lot of box office damage back before movies did box office damage. He had five movies in the 1980s that did nine figures (two Star Wars and three Indiana Jones) — that’s unheard of. His most successful since then (at least until the new Star Wars comes out next year) is, sadly, the fourth Indiana Jones.

Gary Oldman supporting actored his way up this list — his “good-hearted mentor” recurring roles in the Dark Knight trilogy and the Harry Potter octilogy (?) pretty much made this spot guaranteed. Oddly enough, he’s the only person from the Harry Potter movies on this list; surprising, considering Rupert Grint is 96th on the top 100 highest-grossing actors on just those movies alone. Gary Oldman is this high because he’s also has a few other random movies that grossed quite a bit, including Dawn of the Planet of the Apes, Kung Fu Panda 2 and Hannibal.

Tom Hanks is a really interesting case here. He’s done a ton of great (and popular) movies; the number of $100 million+ movies he’s starred in is incredible. And very few of them are sequels. Most of them have been nominated for Oscars. But… he’s really only this high thanks to being cast as Woody in Toy Story franchise. Without those three movies, he’s not in this top 11.

Although if I’m going to claim Tom Hanks is only on this list because of Pixar, what prayer does Cliff Clavin have?

He has done $266 million in box office just as a narrator. There’s no list of the highest-grossing film narrators, but that’s got to make him number one.

Other than that, he’s just been in a nonstop string of popular movies for the past 25 years — with the biggest boosts coming from the Dark Knight films (obviously) and his role as God in Bruce and Evan Almighty (less obviously).

This is definitely the highlight of the list. Stan Lee’s acting career has grossed $4.83 billion — in maybe a total of 48.3 seconds of screen time.

He’s had a cameo in pretty much every Marvel movie since X-Men in 2000 — and Marvel movies never make under $100 million. Even his 2003 cameo in Daredevil added $102 million to his box office numbers.

Here’s another voice actor who has worked constantly and in virtual anonymity; again, he’s been in basically ever Disney movie since 1996 but is almost always credited as “Additional Voices.” However, he’s been doing Porky Pig’s voice in Looney Tunes movies since 2003 and did Marvin the Martian in Space Jam, so he’s got stacks on stacks of street cred.

Ya know, if you star in every movie that comes out, eventually they’re going to add up. Of the 100 highest grossing actors, he’s starred in the most movies, with 113 — his movies average a box office of about $59 million each. That’s the second-lowest average of anyone in the top 11 (Liam Neeson’s average is slightly lower). Stan Lee’s average is the highest, at $210 million per movie.

And fittingly, the list ends with a voice actor — but one who has had more of those meaty leading man parts. He did several of the Transformers’ voices in the Transformers series… he’s Azrael the cat in the Smurfs movies… and he does all of the anaconda’s noises in Anaconda. The ’90s movie, not the Nicki Minaj video.