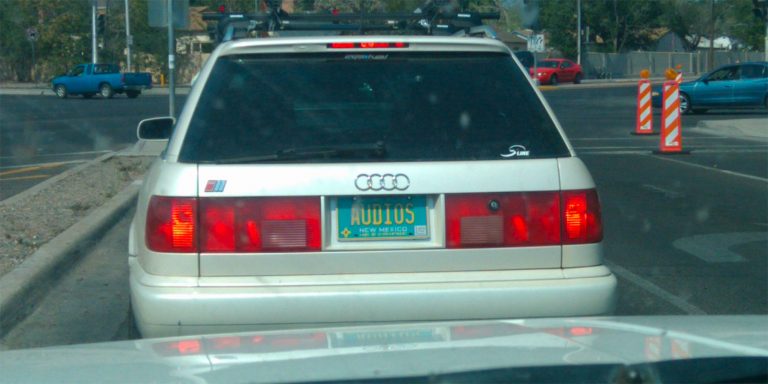 If you had a Ford Explorer, would you get a DORA THE license plate? Someone did.

I’ve never had a personalized license plate — it’s not so much the cost, it’s more that I will do anything to avoid even one extra piece of paperwork — but if I were to get one, I would absolutely follow the lead of the people below.

Today I’ve got a collection of photos of license plates that are aggressive and unapologetic puns. As I’ve stated many times before on this website, I think a good pun is actually the highest form of comedy. All of the photos below meet that criteria because loving your pun enough to pay extra money to drive around showing it off on a daily basis is the true form of pun commitment.

If you’re thinking about getting a personalized license plate, I highly recommend jumping on this bandwagon. I will happily help you brainstorm potential puns as well. The world needs more. 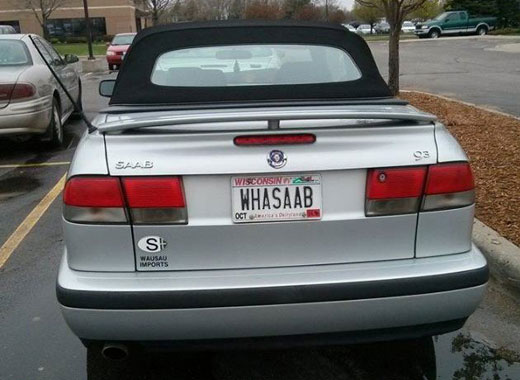 I like that they could’ve gone with “WHATSAAB” but didn’t for two apparent reasons. One, people might read it as “What Saab?” rather than how it’s intended. And two, you gotta pay homage to so-bad-they’re-good Budweiser ads whenever you can. Throw a Spuds MacKenzie bumper sticker on this car ASAP. 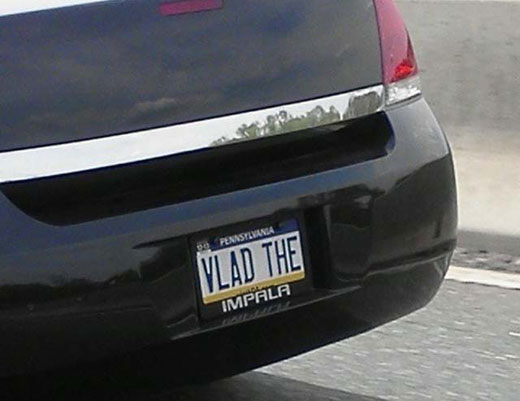 One strange part about doing a website for many years is that everything on the Internet starts to look the same — you can’t remember if it’s something you once wrote about, almost wrote about or saw someone else write about. I felt like I had this photo on my site before but couldn’t figure out when so I just went with it. It’s a high quality pun, even if it’s a rerun.

(It turned out I had used it, in 11 Spectacularly Nerdy License Plates — but a different Impala with that same plate. So… uh… counts?) 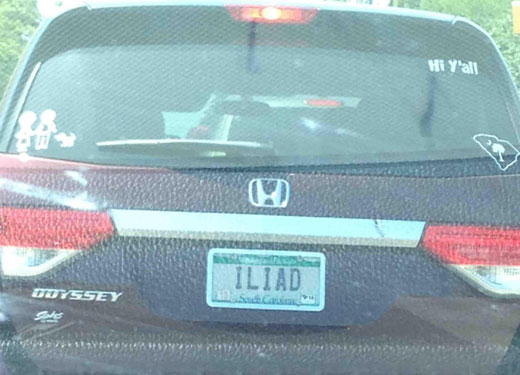 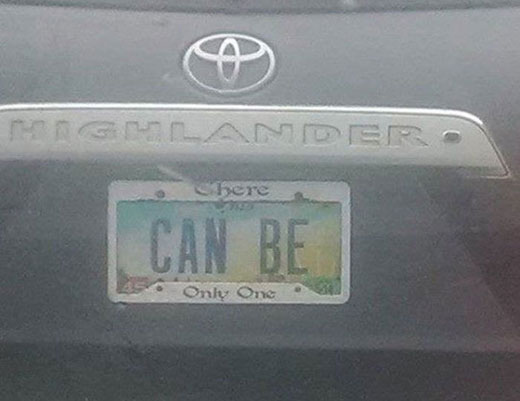 Huge credit on the integration of the car’s built-in Highlander branding, a custom license plate AND a special ordered license plate holder. That amount of effort and dedication to pay tribute to a somewhat obscure movie is just spectacular. 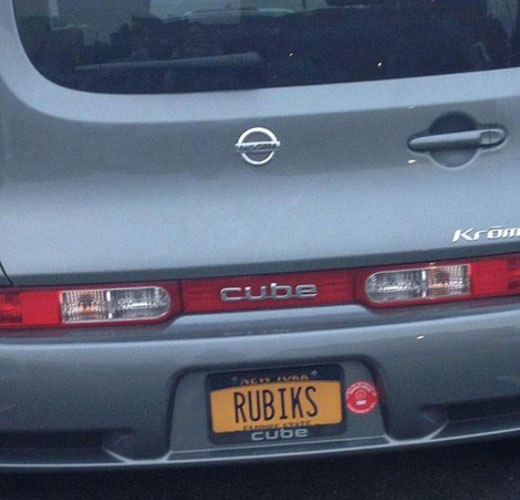 Look, it’s not breaking any real new ground creatively, but SOME Nissan Cube owner had to get this perfunctory license plate and this guy stepped up. Also, I assume vanity plates like ICE and GAME and A GOODING JR are taken. 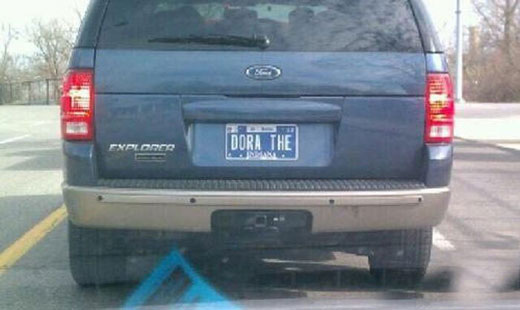 In my search for license plates for this list I found a few Ford Explorers with the DORA license plate… this guy was the only one who went the extra mile and threw in the THE. That takes a real Diego-esque sense of adventure. 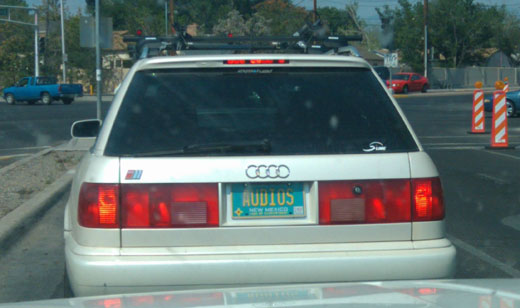 I hope this person got the plate for that great Audi + Spanish pun and not because he works at a speaker store or something.

That’s a Manitoba license plate. Who says Canadian comedic creativity ended once the Kids in the Hall all headed south to America? Dave Foley WISHES he had this license plate. 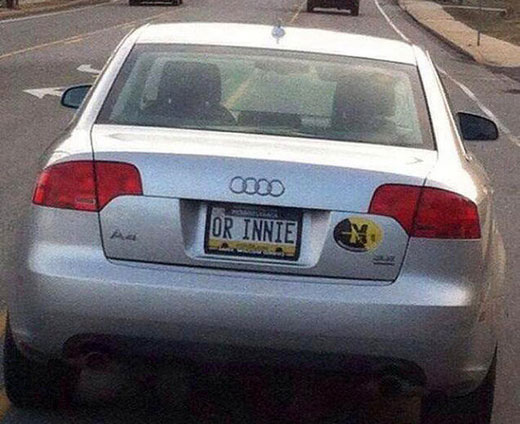 I highly respect getting a punned up license plate on your expensive car. Although I was disappointed in my search I didn’t find any Lexus with a NEXIS license plate. It’s staring everyone right in the face. 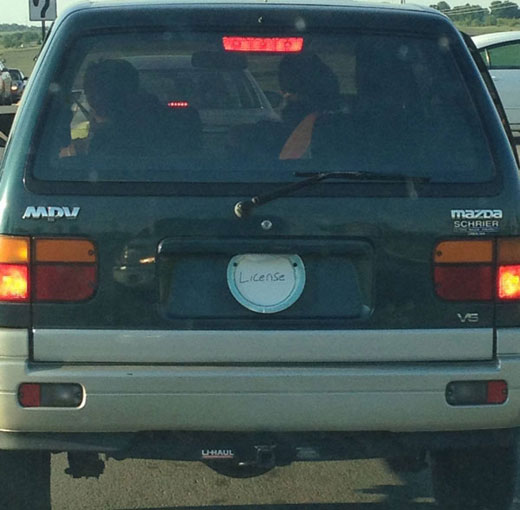 I’m not sure that’s street legal, but I’m also not sure any photo deserves to be on this list more. 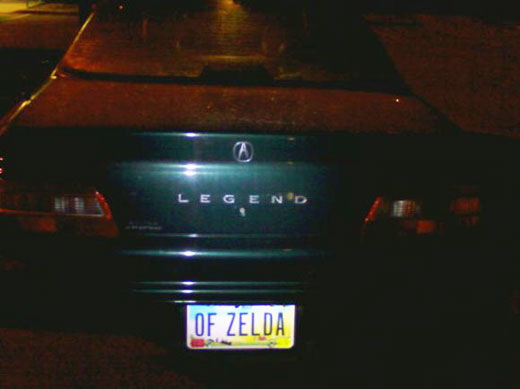 This is great and succinct, especially since I can’t figure out how a Volkswagen owner would squeeze enough onto a license plate to do The Legend of Zelda: A Link to the Passat.