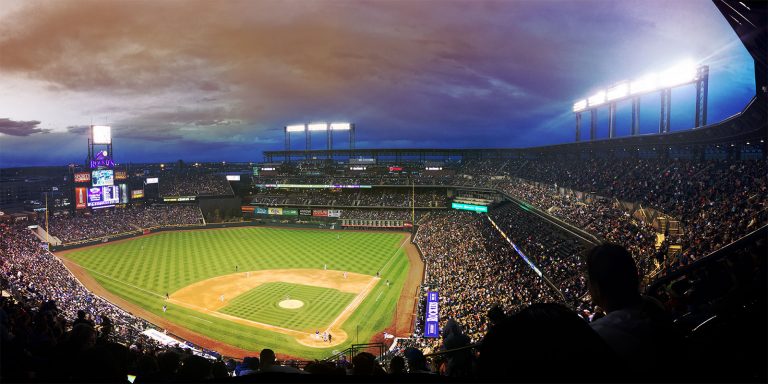 Two triple plays in a game, a grand slam on a player’s first MLB pitch and more.

I was on Yahoo yesterday and there was a headline about a rare feat by Albert Pujols — hitting a sac fly that scored two runners. (The guy on second just ran like hell.)

I thought that was cool until I read the article and it mentioned the last time a two-run sac fly occurred, all the way back in… 2008. Twice.

I’m not down for “feats” like that. That’s like saying it’s a feat that I bought a new thing of face wash today because I haven’t done that since December.

So I put on my best Elias Sports Bureau costume and dug through the Major League Baseball archives to find 11 real feats — things that have only happened one time, EVER, in MLB history.

And, because some weird, weird shit used to go down in 19th century baseball guys (like players with four arms turning unassisted triple plays while simultaneously fighting off the Kaiser and operating a cotton gin), I’m only counting modern era baseball, 1900 to present.

There have been 223 no hitters in MLB history (averaging out to about two per season), so it’s insane that Vander Meer was able to throw no-hitters in back-to-back starts.

Especially considering that he went on to have a lifetime W-L record of 119-121. Which was still good enough to get him into the Cincinnati Reds Hall of Fame. (No, Pete Rose can’t get into that one either. But Jose Rijo did.)

On the first pitch he ever saw, Kouzmanoff hit a grand slam of the Texas Rangers’ Edinson Volquez, en route to the Indians winning the game 6-5.

It was a 12-inning game and the Giants kept sending their “fast” rookie, Thompson. And he kept getting caught. Four times.

What makes that even crazier is that, in the 149 games he played that season, he only successfully stole 12 bases (and was caught 15 times). So by late June, the Giants should’ve figured out that maybe he wasn’t the track star they thought he was.

4 | Steal the same base twice in one inning (and three bases total… including FIRST?)

This one’s going to take some ‘splainin. Until 1920, Major League Baseball had a rule that made it legal to steal bases in reverse order. If you were on second and wanted to go back to first, you could steal it. Which can, in some convoluted ways, make strategic sense.

During the September 4th, 1908, game between the Tigers and Cleveland Indians, Schaefer was on first and a teammate was on third. The Tigers wanted to do a double steal — Schaefer would break for second, and, when the Indians tried to throw him out, his teammate would steal home. But when Schaefer broke for second, the Indians’ catcher didn’t make the throw, so Schaefer stole the base without the run scoring.

That makes him the only player in MLB history to steal the same base twice in one inning. (And one of only two players to ever steal first base from second.)

5 | Two triple plays in one game

This could also be expanded to the only team ever to turn two triple plays in one game… AND LOSE.

The Red Sox hit into two triple plays (one in the fourth, one in the eighth) but still beat the Twins, 1-0.

Accomplished by Mike Cameron and Bret Boone, Seattle Mariners, May 2, 2002

Cameron went on to hit four homers in the game (that’s one of those lame “feats” that tons of people have done) and the Mariners won 15-4.

Jim Abbott didn’t have a right hand. He no-hit the Cleveland Indians in 1993.

As an Indians fan, I remember watching that game… and kinda hoping Abbott would get it. After all, who isn’t a sucker for stories like this?

I also remember, late in the game, Kenny Lofton trying to bunt his way on and the fans booing. I think it took me until about 2008 to realize that even though Albert Belle was one of the biggest dicks in sports history, Kenny Lofton was kinda a dick too.

8 | Triple play without the bat touching a ball

Accomplished by the Seattle Mariners, September 2, 2008

This one’s very convoluted, which makes it wonderful. In a Mariners-Rays game, Raul Ibanez of the Mariners got called out on strikes. Meanwhile Adrian Beltre was trying to steal second, and was thrown out. While he was getting thrown out, Jose Lopez tried to score from third and got thrown out at home plate.

Crazily enough, there’s also, theoretically, a way for a team to hit into a triple play without the fielder touching a ball. If there are runners on first and second with no outs, the batter needs to hit a catchable infield pop fly. He’d be out number one for the infield fly rule. The runner on first would have to pass the runner on second, making him out number two. And finally, the runner on second would have to get hit by the ball as it lands for the third out. That’s never happened in baseball history, though.

On June 25, 1976, Harrah became the only shortstop ever to play every inning of a doubleheader and not get a single ball hit to him. Then, one year later, on August 27, 1977, Harrah and his Rangers teammate Bump Wills became the only players ever to hit back-to-back inside-the-park home runs.

Tatis was batting behind Mark McGwire that game (and that was during the McGwire SMASH! era). Those were Tatis’s only two hits for the game, which the Cardinals won 12-5.

Barry started his career as a talented, thin, second-generation stud prospect. He ended it with a bigger head than the kid in So I Married an Axe Murderer. And that kid’s head looked like an orange on a toothpick.