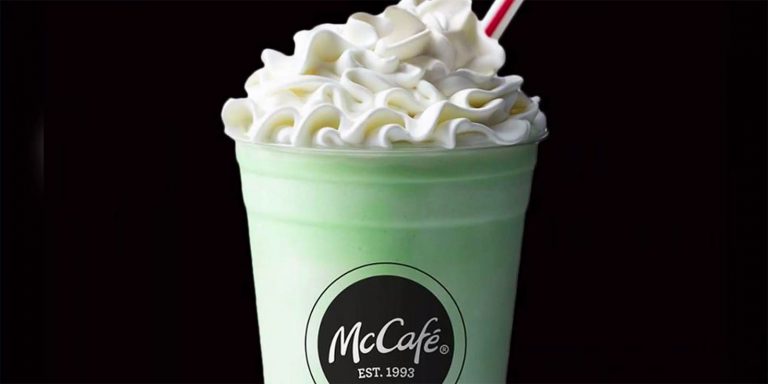 I realized I’ve eaten every dessert McDonald’s sells. Here’s how they stack up.

It occurred to me recently that, over the years, I’ve eaten every dessert on the McDonald’s menu. I don’t say that proudly, more matter-of-factly. It’s the reality of the situation. But rather than dwell on the myriad chemicals, beaver anuses and duck feathers I’ve consumed, I’m going to look at it as a positive. I can now properly analyze their entire dessert selection… and judge them. Judge, judge, judge.

Here are pretty much all of McDonald’s desserts ranked from worst to best, based solely on my personal taste and empirical evidence.

McDonald’s has just never figured out the cookies. They always sit there, in their yellow-ish tinted translucent case, looking small and wrinkled and lonely. It’s almost like they’re patients in a cookie nursing home. They don’t taste particularly bad, nor particularly good. They just exist. And that’s my problem. They’ve swallowed up valuable counter real estate at tens of thousands of restaurants for decades now, costing McDonald’s the billions they could’ve made by selling a more appealing item instead. They’re legacied in from a bygone era of relevance, like the appendix or Portugal.

Just because something’s a classic doesn’t make it wonderful. If you put your nostalgia aside and actually eat one, you’ll find they’re like the Subway sandwiches of desserts: All shell, minimal filling. They’re like a “last resort” dessert, like if you want something sweet and scour the kitchen but all you can find are Luna bars or graham crackers.

I had to split up the hot fudge and strawberry sundaes because they’re quite different. McDonald’s doesn’t quite nail their hot fudge. Usually, it works when McDonald’s just loads everything up with hilariously amounts of sugar (see: the coating on their fries, their ketchup, and, I suspect, their Diet Coke). In this case, it throws off the flavor of the hot fudge and taints the whole thing.

Yes, I’m saying is the hot fudge actually makes the exact same ice cream worse. Their vanilla cones alone are pretty good — not flashy, not overpowering, but good. They’re National League baseball. Plus the wrapper is held on the cone with some kind of (hopefully) edible, flavorless glue. There’s probably some glue company that makes millions thanks to that McDonald’s contract.

These aren’t officially on the menu anymore, although you can still get them to make you one. (Or you can order a vanilla cone, dump the ice cream into your cup, and fill it with soda.) McDonald’s made a push on the Coke Floats back in the early ’90s. I have memories of really enjoying them. I also know they came in special, ’50s soda fountain-style plastic Coca-Cola glasses — because my parents are still hanging onto those glasses twenty-some years later. Meanwhile, my beloved Burger King He-Man cups didn’t even survive their first summer.

McDonald’s tweaked their shake recipe at some point and improved the quality significantly. They even put whipped cream and a cherry on them now, instead of just handing you a cup of the old partially gelatinated non-dairy gum-based beverage. I had a vanilla one and I liked it quite a bit. Not as much as a fresh-scooped milkshake served in a can by someone who refers to customers as “Doll,” but quite a bit. And speaking of shakes (smooth transition)…

Shamrock Shakes are brilliant because they mint-ily alter the taste of a vanilla shake by about five percent… but alter the color by 100 percent. And everyone goes nuts for that, even though it’s a really mediocre ratio of taste difference to pigment difference. Although it is a better ratio than the difference between the taste/pigment difference for M&Ms. And speaking of M&Ms (smoother transition)…

3 | McFlurries (except with M&M’s or Snickers)

McFlurries are an odd dessert. They’re not as good as Dairy Queen Blizzards and don’t aspire to be. The machine is set up so your McFlurry is mixed by the hollow-barreled spoon you then eat it with. I have no idea how much R&D went into that decision, but it seems maddeningly inefficient. It also leads to inconsistent mixing on the McFlurry, where much of your mix-in (Oreo, Reese’s, etc.) is concentrated on the top.

That’s why you need a powerful mix-in. It needs to be able to aggressively spread through the McFlurry and impregnate it with flavor. Oreos are particularly good at that. Reese’s Peanut Butter Cups are pretty good. The McDonald’s Rolo (which includes Rolo pieces and separate caramel) is also pretty good. And when a McFlurry is mixed right, it’s a very satisfying dessert; only a nominal step down from the Blizzard.

But when your McFlurry doesn’t mix right, that’s a big problem. M&Ms fail here because they get swallowed up in the ice cream and can’t provide enough overall flavor adjustment. Snickers have the same problem. It’s more like you’re getting a big cup of ice cream with candy on top.

I don’t know if anyone’s ever done that deep of an analysis into the nuances of the McFlurry before. I hope, like everything on this list, it came off more interesting than weirdly obsessive.

Where the hot fudge sundae fails, the strawberry sundae thrives. The over-sugared hot fudge doesn’t work; the over-sugared strawberry topping works to perfection. You get a few chunks of real strawberries in there, but mostly the very, very sweet strawberry syrup that works as an ideal complement to the ice cream. Also, it’s just about the only time most of us will ever consume any fruit inside of a McDonald’s.

I love McDonald’s chocolate dipped cones. To some, the chocolate seems waxy; I’m not entirely sure they don’t make it out of chocolate-flavored wax. But whatever chocolate recipe they’re using on that wax is glorious. It tastes like the chocolate from a donut. No, ice cream covered in a melted chocolate donut doesn’t sound particularly healthy… nor should it. No matter what documentaries and the small McDonald’s salad menu tell you, you really shouldn’t go there to be healthy.