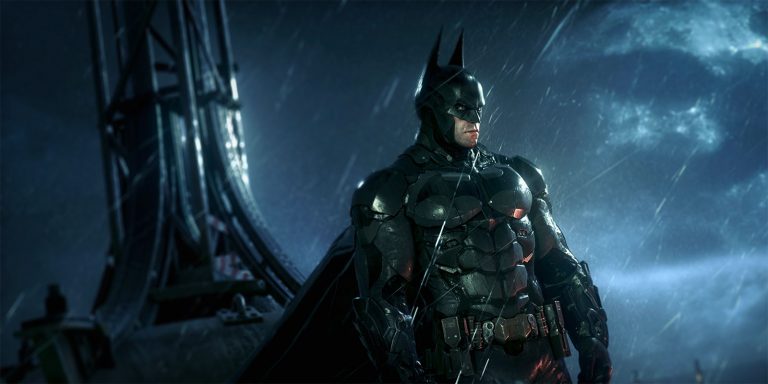 With a new Batman movie opening, I dug deep to find obscure Batman trivia deep in the Internet.

I wrote this post earlier this week, with plans to go live this morning. That was before the unthinkable and horrific events at a midnight showing of the new Batman movie in Colorado. My thoughts, like all of our thoughts, are with the victims and their families, although I know there’s no making sense of something like this or ever forgetting something this tragic. Anyway, I’m putting this list up for those who would still like to read and I hope it in no way trivializes what occurred. I will not be publicizing it and will be making a donation to the American Red Cross.

There was a ton of Batman trivia posted online this week and, In my traditional dicking around, I stumbled into a few Batman trivia facts I didn’t know. I figured I could dig up enough to make a list. You may know some of these; the criteria I used was that I didn’t know it. And as a pop culture-obsessed mouth breather, I figured that was probably a decent barometer.

Which, of course, is pronounced thermometer.

Here are 11 obscure Batman trivia facts. I’ll come up with 11 more in advance of the inevitable Batman reboot in 2018.

The 1966 Batman with Adam West is known as the first Batman film, but there was one before it. It was called Batman/ Dracula. Which sounds like a blaxploitation film. But was actually made by Andy Warhol in 1964 (who may or may not have had the blessing/permission of DC Comics — that’s still up in the air). Warhol only screened it at his exhibitions. That all sounds like a honxploitation film to me.

Even though this feels somewhat Warhol, the greatest Batman clip of all time is from the TV series, not Batman/ Dracula.

From various interviews, it’s clear that there were two camps fighting about the tone for the Batman movie in the ’80s — one that wanted a campy version like the ’60s TV series, and one that wanted to go darker like the original Batman comics.

And the darker vision wouldn’t have won out if it wasn’t for Pee Wee Herman. Tim Burton was handed Batman because he killed it on Pee Wee’s Big Adventure. If that movie hadn’t been successful, who knows what director would’ve gotten the movie… and what his vision would’ve been. But thanks to Pee Wee (and Large Marge, to a lesser extent), Burton got the film and took it into the “dance with the devil in the pale moonlight” realm.

He was also responsible for Michael Keaton as Batman, because Burton knew what Keaton was capable of from Beetlejuice. Other actors who were considered included Alec Baldwin, Mel Gibson and…

3 | The initial pick to play Batman was Bill Murray

It’s just one of the many, many films that offered Bill Murray a lead role and (most likely) turned out better because he turned it down. Some others include Han Solo in Star Wars, Raymond in Rain Man, Forrest Gump and the voice of Buzz Lightyear in Toy Story.

4 | Christian Bale once auditioned for Robin

He’s vague about talking about it now, but apparently Christian Bale auditioned to be Robin in Batman Forever. The role would go to Chris O’Donnell, and that was probably the better choice. Because all the set reports from Batman Forever say it was NOT a set of people acting like professionals — Joel Schumacher, Tommy Lee Jones and Val Kilmer all hated each other — and Bale didn’t quite have the clout yet to berate everyone for not acting like professionals.

5 | If Batman & Robin hadn’t bombed, a fifth movie was ready to go — with a cast member from Perfect Strangers

Christian Bale certainly does throw his voice for that half-gravel/half-constipated Batman growl. But it’s not all him. His voice is made more gravely in post-production.

I can’t believe this one, but Batman Returns was supposed to have Robin alongside Batman, taking on the Penguin and Catwoman. And Robin was going to be… Marlon Wayans. The role was cut just days before they started shooting. Thank God. If that had happened, he would’ve been way too big time for White Chicks, and I cannot picture a universe where any sequence of events threw off White Chicks.

It’s sort of a rite of passage for comic book superheroes to fight Hitler. Constantly. For whatever reason, Batman never really did that. In fact, the only time he was ever anywhere near Hitler was on the cover of World’s Finest Comics #9 in Spring 1943. He’s not even throwing tennis balls at Hitler, Robin is. He’s throwing at Mussolini.

People who like both comic books and real estate (strange combo, but not unheard of, right?) figured out that Wayne Manor is about 42,500 square feet with 11 bedrooms, seven bathrooms, a library, a pool, and, of course, a giant Bat Cave hidden underneath. It’s also located in Gotham City, so we don’t really know their housing market — but since it’s so-very-clearly New York (except the scenes they film in Chicago), we can guess.

Also, if you wanted to become Batman, one website estimates that all of the training, the gear, the butler and a suitable vehicle would cost around $785,000. (Well, he estimates $806,000, but I didn’t agree with all of his expenses. NERD FIGHT!)

His name is Michael Uslan and, basically, he made it his life’s mission to bring Batman to the movies. He acquired the rights in the late ’70s, worked his way up through Hollywood to become powerful enough to make it happen, and has executive produced every Batman film since. Also the Halle Berry Catwoman movie. And, for some reason, he was also the executive producer of the Where In the World is Carmen Sandiego? TV series. Why the hell hasn’t Rockapella made a Batman cameo or done a theme song? Kiss From a Rose wouldn’t have sounded amazing in four-part a capella?

Apparently they looked at Danny DeVito and somehow didn’t see him as the doppelganger of the Penguin… or, at least, Mr. Weatherbee… and reported he’d be playing the Riddler in Batman Returns. Because they had Robert DeNiro as the Penguin. And, based on the time period and their horrible guesses, they probably debated starting a rumor that Emo Phillips would be playing Bane.

11 Thoughts on The Dark Knight