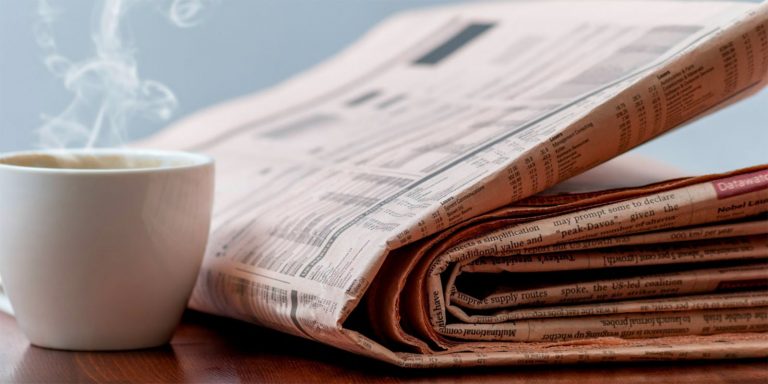 Sometimes a newspaper makes a next-level typo which is then, fittingly, immortalized on the Internet.

I’m one of those people that gets a twinge of excitement every time I’m reading something and spot a typo.

One of those horribly, horribly dislikable people.

As a result, I collect images of typos I find on the Internet. Which makes me even more dislikable.

But then I curate them into a easily-consumable list of mollifying schadenfreude. Which I’d like to think means I’ve gone and totally redeemed myself. 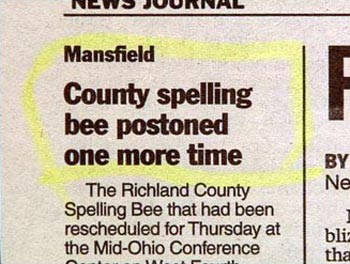 (Meanwhile, I’m going to get mine out of the way now. The little girl’s intransigence cost her the spelling bea.)

2 | Texting is bad for your brain 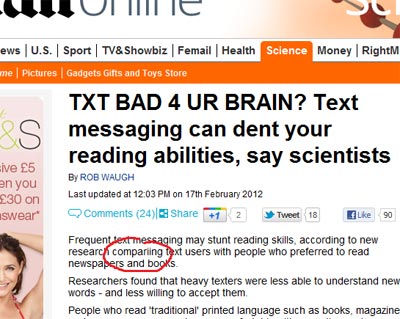 Of all the underrated things I like about the iPhone, its inadvertent war against texting abbreviations is near the top of the list. Because of autocorrect and an absence of a character count when you’re typing a text, no one bothers with txt or u or b4 anymore. In fact, it’s arguably more work to type one of those than to type the entire word. 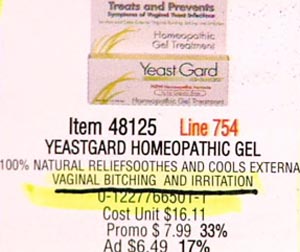 I’m glad the person that caught this chose to garishly highlight and underline the “vaginal bitching” line, lest we incorrectly assume “YeastGard” misspelled the name of their own product by leaving out a “u.” Completely unnecessary. We get jokes. 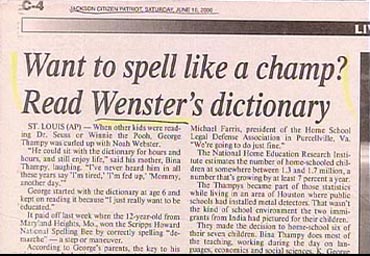 Maybe Wenster’s won’t have as many examples of improper usage as Webster’s. Which actually would make it more worthwhile to read. 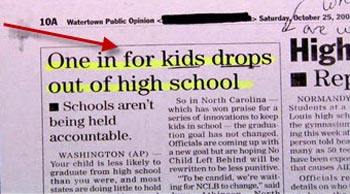 It’s hard to call for the schools to be held accountable for failures in education when there’s a painful typo in the giant headline. Unless this is working on an entirely different level and the typo was intentionally done to prove the point; some kind of meta-satire carefully inserted into the headline. I’m thinking that option one is correct, though — not option too. 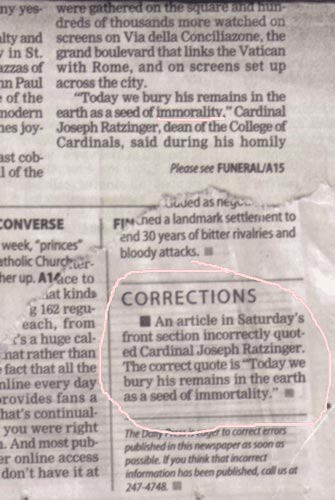 And even though he buried someone as a seed of immorality, they still ended up making this guy the Pope. 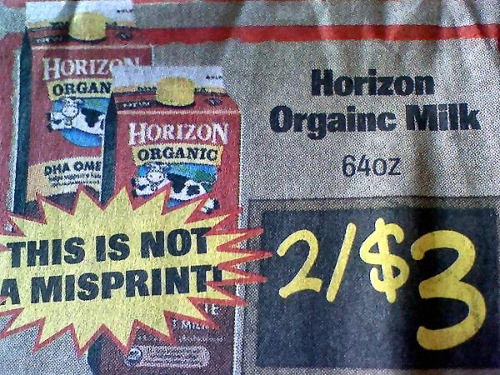 Now… could they use this to get out of selling the milk for that explosive price? “See, we were advertising orgainc milk, you’re buying organic milk. That’s not on sale.”

8 | The School of Public Affairs 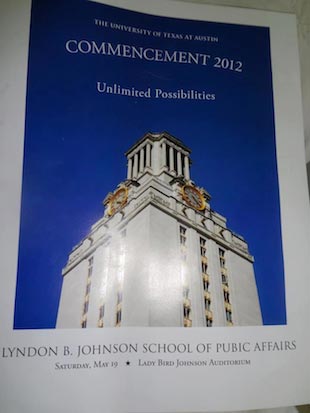 I’ve spent a few nights out in Austin and seen the students in action. They most definitely graduate with a full knowledge of pubic affairs. (As well as a completely warped sense of what drinks cost. Move to an area that doesn’t have 400 bars on one street and suddenly there’s no such thing as 50-cent beers anymore.) 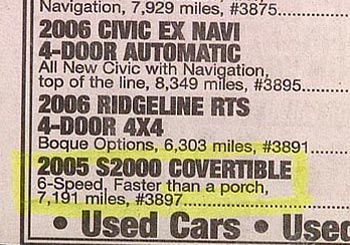 But can you relax on your Honda convertible at the beginning of a Cialis commercial?

10 | The series goes back to Boston

Despite what the subhead says, Boston wouldn’t fully shit themselves until the end of the Heat series.

This is from the New York Daily News. There’s really nothing sweeter than seeing someone try to take a shot at Cleveland and fall flat. When I was growing up in Cleveland, we read a ton of books. Because, unlike New Yorkers, we had time for that since we weren’t devoting several hours a day to sucking off our city.