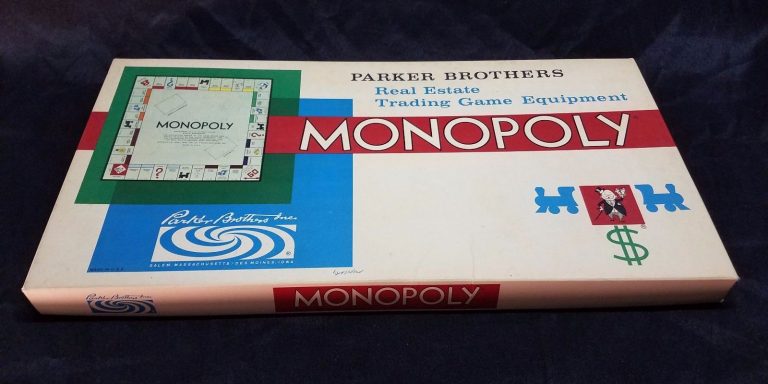 Monopoly’s most and least popular squares, the places that no longer exist and more.

I’m a big fan of Monopoly. Sure, I don’t know that I’ve ever played a game to completion… and yes, my cousin Seth and I always get bored with it and start pumping up the Free Parking jackpot with $500 bills just to keep things interesting… but it sure is iconic.

Here’s some Monopoly trivia I found that I simply had to share.

1 | The most common squares

Based on probability, the most commonly landed on Monopoly square (not counting Jail) is Illinois Avenue. It’s followed by Go, New York Avenue, B&O Railroad, Reading Railroad and Tennessee Avenue.

The reasons for most of those is a mix between dice probabilities and where Chance cards send you. (When you leave jail, odds are you’ll hit one of the orange properties. From there, you’re most likely to hit Illinois or B&O. And everything sends you toward Go.)

2 | The least-likely square you’ll land on is Mediterranean Avenue.

Just above that are Baltic Avenue, Luxury Tax, Park Place and Oriental Avenue.

For a lot of those, the probabilities are low because of the Go To Jail square… for example, it’s seven spots from Park Place, meaning you can’t roll a seven (the most common possible roll) and end up there.

3 | There’s no such place as Marvin Gardens.

There’s an area in Atlantic City called Marven Gardens. Apparently, it was misspelled on the first prototype of the game and never got fixed.

In classic Monopoly (none of these new, inflation-oriented editions), the bank contains $15,140.

Only two of the four railroads in the game were actually accurate when the game debuted in the 1930s. The B&O Railroad never served Atlantic City, and there’s no such thing as the Short Line Railroad. (AC used to have a streetcar service called the Shore Fast Line and was served by a railroad called the Seashore Lines, so the name was probably inspired by one of those.)

It was renamed Martin Luther King Jr. Blvd. back in the ’80s, when everyone was renaming streets after MLK. (Kind of like that brief period a few years back when Texas almost renamed every single street, airport, park and dog after Ronald Reagan.)

St. Charles Place also doesn’t exist anymore. There’s a casino where it used to be (the Showboat Casino Hotel).

McDonald’s teamed up with Monopoly several times to run a promotion where you’d get Monopoly game pieces on fries or drinks or whatever. If you collected all of the properties in a monopoly, you’d win a prize. Collecting Park Place and Boardwalk was always worth $1,000,000. That’s not an obscure fact, everyone knows all that.

You probably also remember that in 2001, it came out that the game had been RIGGED for years. McDonald’s used an independent company called Simon Marketing to run the contest and some of their employees ran a scam where they’d steal the best game pieces, give them to friends or family members, then split the money. Fifty-one people ended up getting indicted for fraud.

Now here’s the obscure part… and a glorious example of a head shaking attempt to work the American legal system. One of the people indicted for fraud was Stanley Warwick. In 1999, he “won” the million dollar prize, thanks to a piece that was passed to him by a friend inside of Simon. When Warwick was indicted for conspiracy to commit mail fraud in 2001, his annual payments of $50,000-a-year for 20 years stopped.

In 2005, his widow, Naomi, sued McDonald’s to continue the payments. Seriously. (I couldn’t find any articles on how that suit turned out… it may still be pending.)

There are tons of localized versions of Monopoly which are officially licensed by Hasbro. Lots of major U.S. cities have their own versions of the game, including New York, Los Angeles, Boston, Chicago, Vegas, Orlando, et. al.

And then… there are two incredibly obscure Wisconsin cities that also have their own officially licensed versions of Monopoly: Fox Cities, Wisconsin, and Manitowoc, Wisconsin. (?)

As the world has gotten less “Annie” and more politically correct, the people at Hasbro decided that name no longer conjured up the right image.

So they decided to rename him… probably spent several hundreds of thousands of dollars, if not millions, on branding experts, focus groups and marketing firms… and arrived at his new name: Mr. Monopoly.

10 | There’s going to be an international edition of Monopoly coming out soon.

It’s abundantly clear that a few places REALLY decided to stuff the ballot box on that. Because Park Place and Boardwalk ended up being Riga, Latvia, and Montreal, respectively. Belgrade, Serbia, got the spot of North Carolina Avenue, in the middle of the greens.

Meanwhile, Athens, Barcelona and Tokyo are in the crappy light blue spots… and London, New York and Sydney are the high-traffic but moderately-priced reds.

And I think that’s proof that democracy doesn’t work. You can’t let the people decide things! The people are fools.

11 | And finally, apparently, Ridley Scott is working on developing a movie based on Monopoly.

Right now it’s being called a “comedy thriller”… and both Kirsten Dunst and Scarlett Johannson have been rumored to be potential cast members.

Wonder if it will culminate in a chase scene down seedy Baltic Avenue where they have a catfight over which one deserves the $10 for winning second place in a beauty pageant.