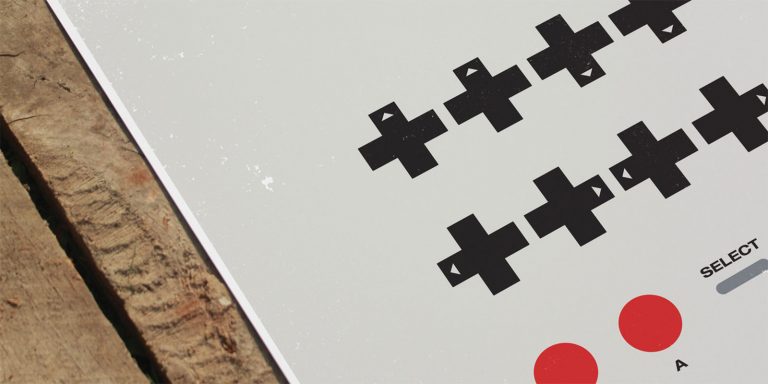 The iconic tricks for Mario, Zelda, Punch-Out and more.

I’m working on a video at work that references Mike Tyson’s Punch-Out. During the pitch, a co-worker, who’s one generation older than me, asked if Punch-Out is really still relevant… after all, that game is now (gulp) twenty-two years old. (Yeah. Mike Tyson’s Punch-Out is almost too old to audition for Real World and only two years away from being old enough to play a high school kid on a CW show.)

And my answer was a resounding YES. There’s so much about the old-school Nintendo that’s still absolutely relevant (and, to a greater extend, revered nostalgic lore) today.

The whole conversation got me on a nice little NES kick, which brought me to this list. I put together this list of 11 tricks, cheats, codes, shortcuts and glitches that are permanently tattooed in the brain of every single male (no offense, ladies) of my generation.

My criteria for something making this list: In 60 years or so, when my memory’s super fuzzy, if someone puts a controller in my hand and sits me down in front of one an old school Nintendo, would I still remember the trick? If the answer is yes for me — and yes for everyone else I know — then the trick makes this list.

Here they are, in no particular order…

1 | The code to go straight to Tyson

For those unfamiliar, it’s the way to skip directly past every other boxer and face Mike Tyson. (Meaning that approximately 45 seconds after you entered that code, you mistimed the dodge on one of his super uppercuts and were already knocked down once.)

I had that permanently memorized before I knew my Social Security number. In fact, one time, on my college campus, when I wanted to sign up for one of those 89.4 percent interest credit cards to get a free t-shirt, in lieu of writing down my actual SSN, I wrote down the Tyson code (minus the last digit)… because I knew if they quizzed me on it, I’d rattle it off with uber-confidence.

P.S. I still have that cheap white crappy John Belushi Animal House COLLEGE t-shirt. And the person with the SSN 007-37-3596 is wondering why he’s been getting junk credit card offers for someone named Sammy Grunspan since 1997.

As much as I love the Tyson code, the Contra code (aka the Konami code) remains the most iconic button-pushing sequence in video game history.

The craziest thing about this code is that, over the past two decades, some people have gotten a little fuzzy and started suggesting there was a second “B, A” in there. There isn’t.

I think that’s akin to that home run you hit in little league. At the time it was a 140-foot blast to left field where the gomer kid out there tripped over his shoes trying to get to the ball then air-mailed it into the stands while you rounded the bases. But now, 20 years later, you remember that home run traveling 410 feet and clearing a Green Monster-esque fence. Things just get a little longer in our aging memories.

We wouldn’t all know this so well if it wasn’t for that damn Fred Savage movie The Wizard. It’s the worst movie that every single one of us saw.

At the big video game championship climax, Fred Savage’s little brother (who was autistic or something, I don’t quite remember) manages to discover this hidden warp zone in Mario 3, even though neither he nor anyone else had every played the game before.

That scene’s absurdity… coupled with the, admitted, lust we all got from that sneak peak at Mario 3… made sure we would never forget how to get the raccoon tail in that castle and fly up to the ledge above where a door awaits to take us to a magic warp flute.

Also, it still blows my mind that the girl from The Wizard went on to be the lead singer of Rilo Kiley.

Is it a cheat that Bo Jackson’s Tecmo Super Bowl incarnation is, without exaggeration, the greatest athlete in the history of mankind? (Suck on that, Jim Thorpe.)

Well, I ask you this: If every session of a video game starts with everyone in the room making an agreement not to pick a team because their glitch player makes things too unfair… how can that not be considered a cheat?

5 | Hitting the Power Pad with your hands

Today’s kids are fat, but they can’t ever hope to measure up to our generation in terms of laziness.

When the Power Pad came out, its signature game was World Class Track Meet. You’d run on the Power Pad and compete in sprints, hurdles, long and triple jumps, all that. Except we quickly learned two things: (1) It was really hard to beat the best computer players with our feet and (2) there was a way around it.

Instead of running on the pad, we’d kneel next to it and bang our hands as fast as we could. It made our on-screen characters run faster AND it meant less exercise. It also worked for the jumps. Rather than see how long you could stay in the air, you’d just take your hands off the pad and place them back on at an appropriate distance. Genius!

I’m not sure I ever played Metroid without putting in this code. It lets you be Samus without HER suit. Samus is a woman! Whose real name is, apparently, a knockoff of Justine Bateman.

7 | Blowing on a Nintendo cartridge

Before you can cheat at old school NES games, you have to get them working. And how do we do that? We blow on the bottom of a cartridge.

It’s funny; our generation was SO schooled on blowing on video games to make them work that we still do it to this day. Last year our copy of Rock Band for the PS2 was acting all janky so what did we do? I instinctively took it out of the machine, blew on it, and put it back in.

Didn’t fix it. Turned out we’d warped the disc from playing it so much that the PS2 overheated and melted it.

8 | Having Mario dance on top of a vine

I had a long debate (with myself, weirdly and sadly) about which trick from the first Super Mario Bros. to go with. Ending with the time on a 1, 3 or 6 to get fireworks? How to get to the minus world? Where the warp zones are?

But ultimately, I went with the most pointless yet addictive trick that we all would just do as a force of habit. When you climb up a vine in Mario 1 and get to the top… you dance. You keep holding “up”… and Mario dances.

It accomplishes nothing (in fact, if anything, it can hurt you by eating up time). And yet… we dance. We make Mario dance. And we’ll still want to make Mario pointlessly dance when we’re 90-year-olds.

9 | ZELDA to the second quest

In The Legend of Zelda, if you want to skip the first quest and go directly to the second quest, just enter your name as ZELDA. (As opposed to your usual choices, COOLGU or ASSPOO.)

As time passes from Zelda, we may forget which tree you have to burn with your candle to find a hidden heart container. (Good eco-friendly message there, by the way, Nintendo).

We may forget the patter you need to get out of the Lost Woods. We may forget which walls you need to bomb in Level 9 to get to Gannon as quickly as possible. But we’ll all know that the shortcut to the second quest is one of the most simple and obvious codes in video game history.

I’ve written about trying to shoot the effing taunting dog in Duck Hunt before, and dammit, that dog irritated my generation so much that he gets another call out here.

If you don’t know, when you’re playing Duck Hunt, if you miss all of the ducks, your loyal dog pops out of the bushes and laughs at you. And then, you instinctively do the only thing you can do: You start pulling the trigger on your Zapper to try to shoot that a-hole dog.

It doesn’t work. You can’t shoot him and, worst case, you shoot at him too long and waste one of your shots for the next round of ducks.

And yet, we do it. We’ll always do it. It’s not even a trick per se, it’s just a habit that none of us will ever break. (The Duck Hunt trick we all know is that if you touch the Zapper to the screen and shoot, you automatically kill a duck. Sure does take the fun out of the game though.)

Pop in Mike Tyson’s Punch-Out. Go a full round against someone like Bald Bull or Soda Popinski. Wait for the screen where your trainer Doc gives you useless advice and your opponent talks trash. And see what your left thumb subconsciously does.

It will innately gravitate toward that “select” button… because you know that holding it down makes Doc rub your shoulders faster, giving you more life back as you start round two.

But you already knew that. (Just don’t expect it to help you get past Bald Bull. That asshole.)