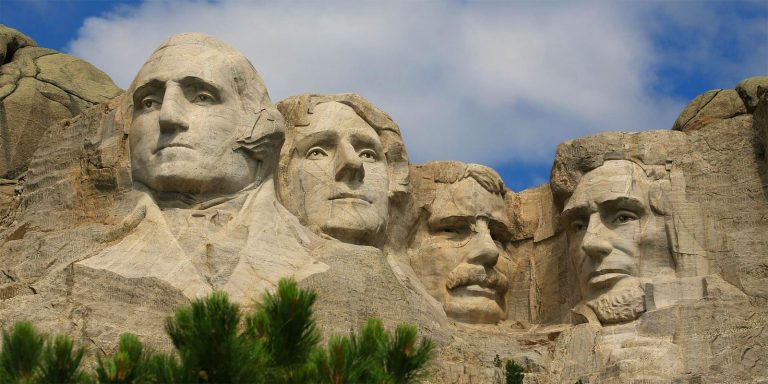 I visited Mount Rushmore yesterday. Here are my assorted thoughts.

Yesterday, I visited Mount Rushmore and the Crazy Horse Memorial, both in southwestern South Dakota. I’m in the process of driving east across the country and oriented my route through there… I figured I’d probably never make a special trip out of South Dakota, so while I was headed that way, I might as well take the opportunity to see Mount Rushmore.

And, as usual, when I visit some place interesting, I decided to write about my traditionally nontraditional observations.

Here are 11 random observations about Mount Rushmore (along with the still-unfinished Crazy Horse Memorial just down the street). 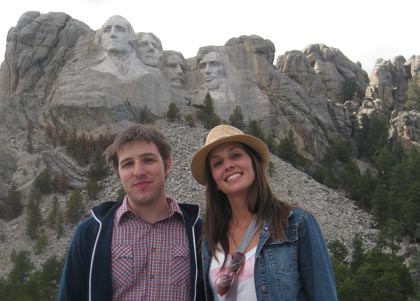 I’ve visited quite a few American landmarks at this point and definitely found Mount Rushmore to be impressive. Like all giant things, it’s sometimes hard to grasp the enormity, even when you’re there — that happened to me at the Grand Canyon and the Hollywood sign, although not at the Louisiana Superdome, the World’s Largest Thermometer in Baker, California, or the time I met Gheorghe Muresan.

So while I won’t say it took my breath away by its size (or its performance in My Giant), it was still clearly impressive and definitely exciting to see in person.

So Mount Rushmore is in the Black Hills, which were named as Lakota Sioux property, in perpetuity, in the Treaty of Fort Laramie. That is, of course, until South Dakota decided it really needed to build something there to increase tourism.

Our tour guide acknowledged this early on. Here’s what she had to say, paraphrased (although I’ve made sure to keep all of the key ideas and phrases in play)…

And you can help respect the land by making sure to throw all of your trash in one of the many garbage cans all around the grounds. Thank you.

And that’s when the cynic in me said, “Wait… was all that explanation of screwing over the Native American Indians just a roundabout way to say ‘don’t be a litterbug’?”

3 | It’s easier to see the unfinished aspects in person 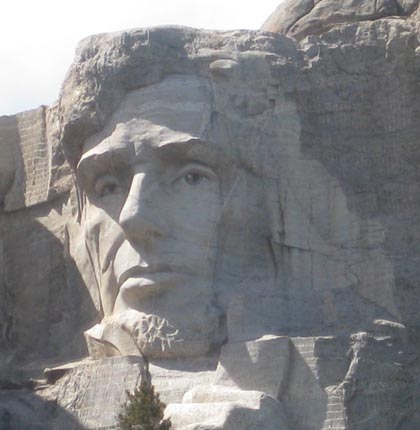 When you see Mount Rushmore in photos or (depending on your age and taste) in North By Northwest or North By North Quahog, you probably don’t do a visually study of its nuances. When you’re visiting, you can’t help it. There’s really no where else to look.

Being there, you notice little things. Like how the left side of Lincoln’s head and his hair aren’t fully carved. Or how much the Teddy Roosevelt carving looks like Wilford Brimley.

Mount Rushmore’s not considered a work in progress — when its sculptor/architect died, his son did a little touch-up work and basically left it as it was. But it’s surprisingly incomplete, something that I never noticed until I saw it in person.

Feel free to cozy up to your own metaphors of America being a work in progress or the presidency being something that’s rough, imperfect and never fully actualized — I’m squarely in the “a cigar is just a cigar” camp on this one. 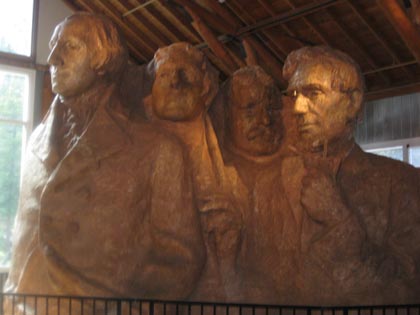 Turns out that, behind the little unfinished details, there are a lot of larger, *really* unfinished details. At the park there’s a scale model of what Mount Rushmore was intended to look like — and all the presidents have hands and bodies and clothes.

Frankly, I don’t know if it needs that… I kind of like the classic, disembodied head look of the whole thing. If you add bodies, then it might look like one of those things that could come alive and go on a rampage.

There’s definitely some rock next to Washington that looks like it could house a fifth head. And, in a very brief web search, I found tons of petitions suggesting who should get a spot on the monument. Everyone from Susan B. Anthony (who Congress actually once, briefly approved for a spot) to Barack Obama to Ronald Reagan to Michael Moore has a petition. Except Chester A. Arthur. That guy just can’t ever catch a break.

Oh, and also some people want to just remove Lincoln because that biography that said he might’ve been gay. Now THOSE are priorities.

6 | The crowd was smaller than expected and very polite

Going to Mount Rushmore on Memorial Day, we anticipated a large crowd. There was not a gigantic crowd. I’d say there were a few hundred people there, almost all of whom were foreign tourists or traveling families. And they were all very polite.

(I know about the politeness because, during our tour guide’s explanation of Lincoln’s spot on the mountain, she told the group how seven states “succeeded.” And as I, the know-it-all, glanced frantically around the group hoping to secedefully lock eyes with another condescending linguist — not a single person flinched. Such a polite group.)

7 | The whole presentation is surprisingly restrained and tasteful

For a Big, American monument of gigantic presidents that was mostly created with dynamite, the entire place had a surprisingly understated presentation. There wasn’t any theme park-type stuff anywhere to be found.

One restaurant/cafe, not selling carny food or deep fried meats on sticks. The gift shop didn’t offer giant gray foam hat where your head goes in place of Jefferson’s. There wasn’t a big cardboard cutout where you could pose behind it putting your face on Mount Rushmore. It just felt… classy. Which caught me totally off guard.

8 | It did have a pretty great Coke machine though 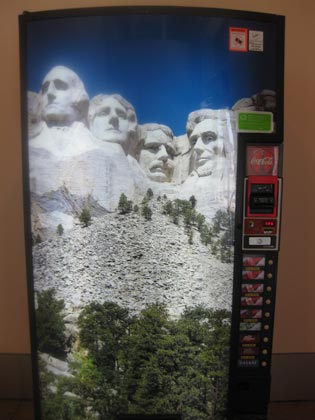 I definitely found myself inclined to buy a drink out of the Mount Rushmore-themed Coke machine. You just don’t see one of those every day.

9 | Mount Rushmore’s sculptor was a member of the KKK

Lower down on the ol’ classiness scale, it turns out the guy who sculpted Mount Rushmore, Gutzon Borglum, was a card-carrying member of the KKK. While the tour guide didn’t address it, apparently it’s pretty common knowledge.

(I found it out when I overheard two other tourists talking about it, then checked on Wikipedia. And assuming it wasn’t a big ruse where they spread the rumor then rushed back to their hotel to change Borglum’s Wikipedia page to corroborate their story, it’s true.)

Not exactly a good line on Mount Rushmore’s resume when people try to defend how it ISN’T an unofficial monument to the white man’s disregard for Native Americans.

10 | The Crazy Horse Memorial, just miles away, is a stark contrast 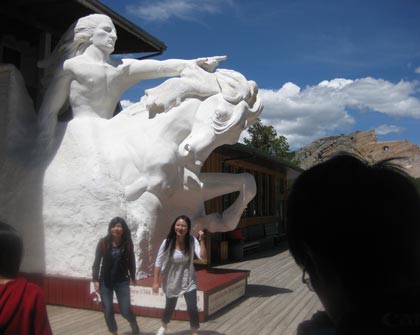 It was started in 1948 but, due to lack of funds and manpower, it is still at least 60 years away from being completed. (Mount Rushmore was finished in 14 years of on-and-off work.) If it’s ever completed, it will be larger than Mount Rushmore. After what’s been accomplished in 62 years… that does seem like a big “if.”

We visited the Crazy Horse Memorial and, if I’m going to sum it up in one word, it’d be: Sad. The fact that it’s so far from being completed… that the walls of its museum are lined with quotes from famous Native Americans about the ways that they were betrayed and mistreated… that there’s no end date in sight… and that, yes, on some level it was built out of anger and spite — these things all just left me feeling sad.

I’m not going to get into a whole “sins of our fathers” thing here, but, suffice to say, the Crazy Horse builders have a damn good point.

Really. After all that, I’m so glad I left Chief Wahoo in the car. (Nor did I hear a single person asking where the stripper pole was at the Crazy Horse Memorial. I’m proud of you, tourists. You’re all grows up.)

11 Random Observations at the Baseball Hall of Fame