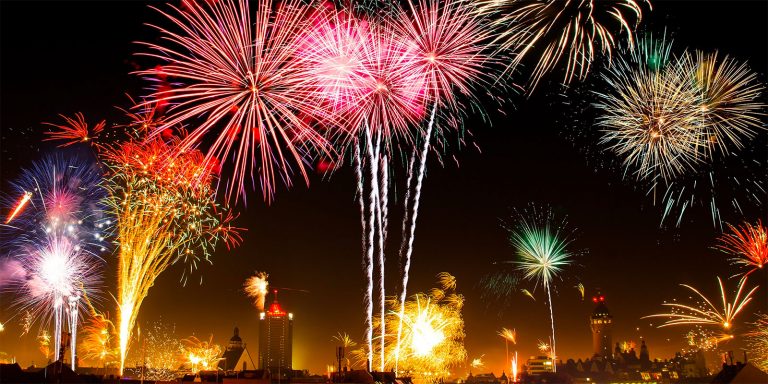 I ran the numbers to find the most dangerous holidays for driving — including one where your risk of a crash goes up a whopping 50 percent.

On Wednesday, I posted the first part of this study — the 11 holidays that are the least dangerous for drivers. Today, I’ve got the other 11 holidays — the ones where your odds of dying in a fiery crash go up the most.

For those that didn’t read Wednesday’s list (or skipped the preamble), my Excel-excelling friend Nathan and I conducted this study using the 15 years of available NHTSA fatal car accident data (1994-2008). The data is adjusted for day of the week and month (here’s the explanation for that, from Wednesday).

These are in order, building up to the most dangerous holiday in America — the one where your chance of getting into a fatal car accident goes up by an incredible *50 percent*. But we’ve got 10 others to get through before we get to that point…

I haven’t had MLK Day off since I was in high school (my college didn’t give us classes off that day, which, as you’d expect, wasn’t a controversial policy at all). But I suppose if I did have it off, I might gather with a bunch of friends and drink alcohols not based on the color of their packaging but by the content of their alcohol by volume.

And when there’s drinking, there are fatal car accidents. (Not by me, of course, I loathe the concept of drunk driving and consider it one of the most selfish things anyone can do — only behind voting for yourself in a student government election.)

I guess driving your car (with or without Punxsutawney Phil in your lap) off a cliff would be included in this stat.

On the list of the 11 least dangerous driving holidays, Christmas was, by far, the safest holiday of the year to be in your car. The day before, not so much. Maybe it’s because people are driving fast on icy roads to get home to their families? Or to get to the mall before Sinbad or Arnold Schwarzenegger?

Frankly, I’m surprised this isn’t higher. Halloween seems like such a dangerous day to me. Between the 9.3 percent extra risk of a fatal car accident and at least 80 percent of candy containing razor blades or cyanide (depending on what the child killing method du jour is), it’s unlikely your kid’s going to get a second year of use out of that Aquaman costume. (You know, the one that inexplicably has a cartoon picture of Aquaman on the chest. Like Aquaman walks around wearing a Aquaman t-shirt or something. He’s not a member of Loveburger or something.)

Father’s Day has a higher fatality risk than Mother’s Day (+9.4 percent to +6.3 percent). Keep that in mind in a few weeks when you decide to bond with your father by sharing an entire bottle of gin, then having a drag race to the Old Country Buffet.

(Some people blame that on the tryptophan in turkey. I think a 6,000-calorie meal is more likely to be the culprit, but what do I know, I’m no John Madden.)

Well, I know it’s not much of a silver lining if you get into a fatal crash, but you do get to keep wearing white after Labor Day in heaven.

I’m going to bundle this in with a “be careful this weekend” message. So be careful this weekend! Whatever slice of pure Americana you’re engaging in — whether it’s skippin’ stones in the ol’ quarry, headin’ out to the pur-rade, or just sharin’ an ice cream cone with your dog on porch — drive carefully to and from there.

While July 4th is second on this list, when you include July 2nd and 3rd as well, it’s the most dangerous driving period of the year. And we can’t even blame spill over from Canada Day. By then they’ve all driven their Zambonis and elk back across the border.

That’s right, 50 percent. And, based on our data, there’s a 99.99999999999999 percent chance that’s significant data and not caused by random noise. It’s by far the most dangerous time to drive for the entire year… no other day even comes close. 50 percent!

Basically, driving in a car on New Year’s Day is approximately as dangerous as driving a motorcycle at 2:00 P.M. on an average Tuesday. Think about THAT.