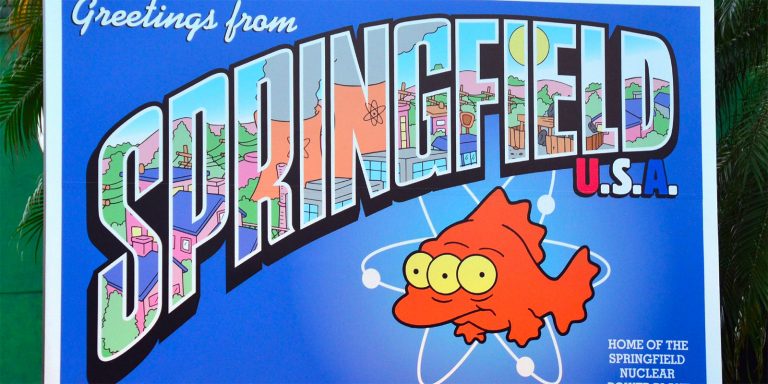 An interview with Matt Groening that linked Springfield to Oregon made people crazy. I pump the brakes.

Yesterday, an interview in Smithsonian Magazine hit the Internet with the headline “Matt Groening Reveals the Location of the Real Springfield”.

First… Smithsonian Magazine? That was the prestigious publication that got this scoop? Was the staff at Modern Principal busy? And second, I’m not sure Groening realized the Internet storm he’d cause with his casual revelation.

In the interview, Groening says…

Springfield was named after Springfield, Oregon. The only reason is that when I was a kid, the TV show Father Knows Best took place in the town of Springfield, and I was thrilled because I imagined that it was the town next to Portland, my hometown. When I grew up, I realized it was just a fictitious name. I also figured out that Springfield was one of the most common names for a city in the U.S. In anticipation of the success of the show, I thought, ‘This will be cool; everyone will think it’s their Springfield.’ And they do.

So while he’s not saying that The Simpsons is set in Oregon, the yellow journalists at Smithsonian Magazine took it that way… as did the always rational and level-headed people of Twitter.

This time, I joined their outraged ranks. When I spotted the article yesterday afternoon, I tweeted: “Matt Groening says the Simpsons is set in Springfield, Oregon. I can give him about 500 pieces of evidence to prove he’s wrong.”

I got a huge wave of responses telling me 500 weren’t necessary… 11 would do. And here they are.

Here are 11 of the many, many reasons Springfield of The Simpsons isn’t in Oregon. (Even though Matt Groening never actually said it was. I’m arguing a point that wasn’t actually made.) The line about the family being from Kentucky in the Behind the Laughter episode isn’t included because it’s too obvious. 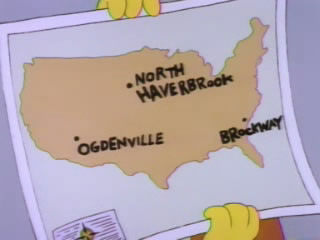 In the Monorail episode, Lyle Lanley discusses building monorails in both Ogdenville and North Haverbrook. (Also Brockway, but that one doesn’t have the future mentions like the other two.) In dozens of episodes since, Springfield has been shown in reasonably close proximity to Ogdenville and North Haverbrook. If Lanley’s map is accurate (and something about him just makes me want to trust him), Springfield can’t really be in Oregon because it would take too long to get to both of the other cities from there.

In the episode where Apu becomes an American citizen (after, of course, a bear invades Springfield), Lisa points to Springfield on a map. The gag is that Bart’s head is blocking her… but even in the obscured view, it’s clear that she’s not pointing anywhere near Oregon or the west coast. It’s also clear that the American flag has 13 stripes for good luck. 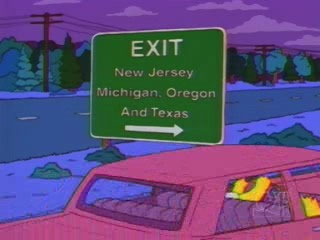 When Homer and Bart drive to Thomas Edison’s house in New Jersey, they take an interstate exit that says “Exit to New Jersey, Michigan, Oregon and Texas.” Yes, it’s clearly a joke — but it stands to reason the Simpsons couldn’t be leaving Oregon and also exit to Oregon. It’s not the nexus of the universe. 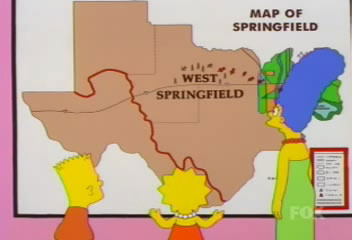 5 | In the X-Files episode, Mulder says Springfield is in the “nation’s heartland.” 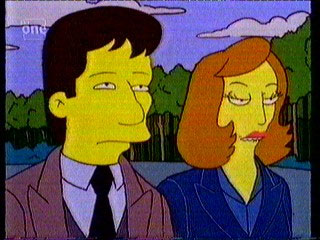 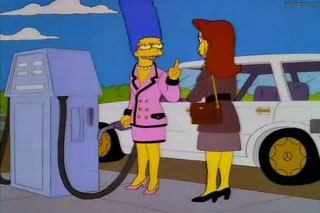 This one was sent to me by @kubrick97 on Twitter and it’s perfect. Oregon is one of two states where people aren’t allowed to pump their own gas. (New Jersey is the other.) In the episode where Marge joins the country club and wears various altered versions of her Chanel suit, she pumps her own gas AND teaches her old high school rival how to pump gas. Not possible in Oregon.

7 | The Simpsons have been banned from Oregon 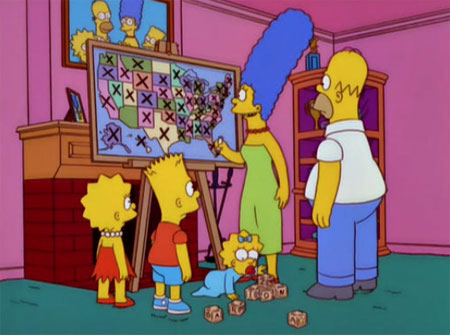 This one was sent to me by @ben_etc on Twitter. When the Simpsons are going over all the states where they’re not allowed, Oregon has an “X” in it. (Of course, almost all of them do, but that’s not the point. Oregon is out.) 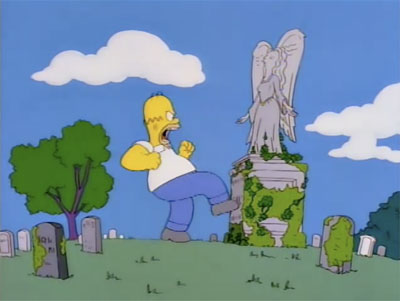 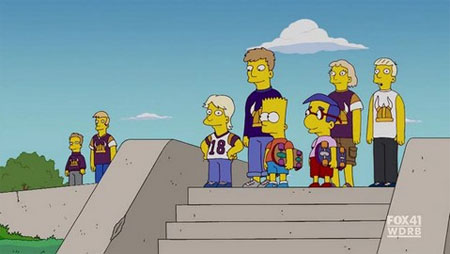 When the immigrants from Ogdenville come to Springfield the kids are wearing Minnesota Vikings clothes and Milhouse adamantly expresses that it’s Tennessee Titans country. I would never dare disagree with Milhouse. And as far as I know, Oregon is not considered a Tennessee Titans hotbed. (I mean… the Titans don’t switch their uniforms every week using a huge palette of unbearably hideous fluorescent colors and tread patterns. How can people from Oregon possibly get behind them?)

10 | When Lenny and Carl are Lewis and Clark and make it to Oregon, they name the place Eugene with no mention of Springfield 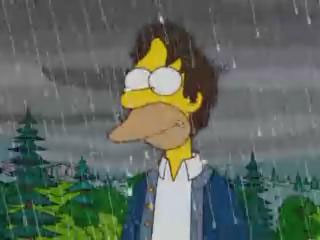 In one of the historical event episodes, Lenny and Carl (as Lewis and Clark) make it all the way west and name the place “Eugene, Oregon.” Which is right next to Springfield. You’d think guys as sharp as Lenny and Carl would mention that, even in this fictional historical retelling. 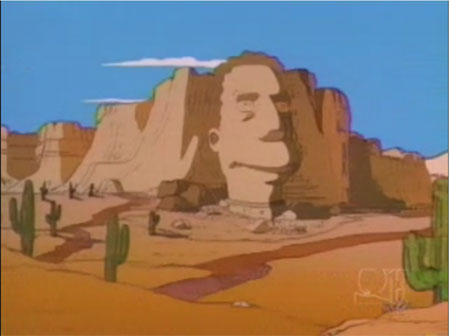 Other geographical features are also missing, like a “SPRINGFIELD” Hollywood sign, a Jewish walk of fame and a box factory. But this one just stands out the most.

11 Real Life Places With the Same Name as Simpsons Places