My third installment of noting Sports Illustrated’s terrible predictive abilities — this time for the decade of the 2000s.

It’s interesting to see the evolution of SI over the past three decades. In the ’80s there were close to a dozen boxing covers a year. In the 2000s, there were maybe five for the decade. Instead, the 2000s had NASCAR and tons and tons of commemorative editions. Also… the predictions got less wild and less frequent. I found myself with a smaller selection of really bad predictions.

But I was still readily able to pull together 11 Sports Illustrated covers from 2000 through 2009 with bad predictions and misguided ideas that are nice and laughable thanks to hindsight. Here they are, roughly in chronological order. 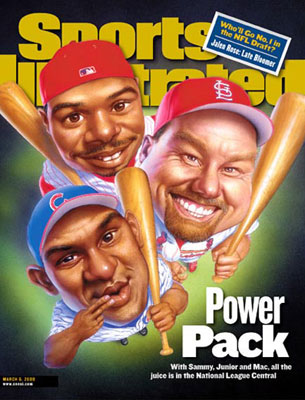 Might as well kick it off with the most regrettable cover of the decade. Not only do they say Sosa and McGwire are “juicing” the National League Central — seriously, of all the words available, they picked juicing — and they gave them comically oversized Barry “Hulk” Bonds heads. If they could get a mulligan on this one, I think they’d take it. 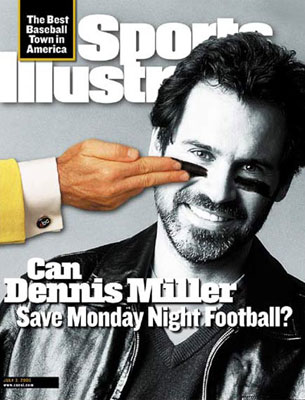 No, Dennis Miller couldn’t save Monday Night Football. In fact, having a comedian making Proust references kinda bombed. What DID save MNF was the NFL widening its gap as America’s favorite sport. By the end of this decade it was untouchable and ESPN decided MNF was worth billions of dollars. 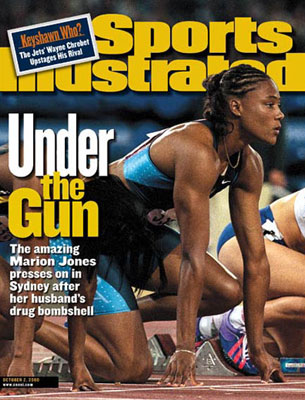 Turns out Marion Jones was probably more worried about her own drug bombshell too. It just wouldn’t come out for a few more years. (Extra credit on this cover goes to the little upper-left insert about how awesome Wayne Cherbet was turning out to be. Would his star ever stop rising?) 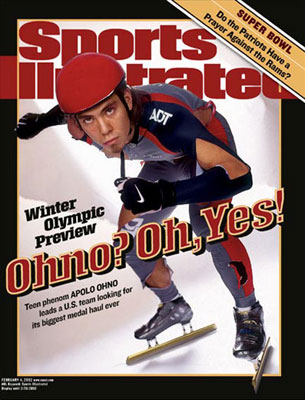 Not focused here on Apolo Ohno, but on the upper-right corner pondering whether the Patriots had a prayer against the Rams in the Super Bowl. Little did Sports Illustrated know their jinx was in effect. The Patriots would win and, in the process, kick off the Decade of Boston Sports. Known to everyone outside of Massachusetts, Rhode Island and scattered parts of New Hampshire as the most insufferable citywide dynasty ever. 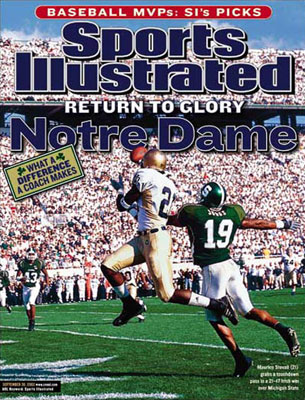 Yes, every year since 1993 the media has declared that Notre Dame is back. (They are not back.) But these days they usually have the common sense to bury the “Notre Dame is back!” puff pieces somewhere in the back in between articles on women’s fencing and Malaysian snooker. S.I. took the bait here and gave it the full cover. And while 2002 was the closest to “back” Notre Dame has been (10-3, with a blowout loss to NC State in the Gator Bowl)… their backness was fleeting. They went 5-7 the next year, 6-6 after that, and that ended the Ty “What a difference a coach makes” Willingham era. 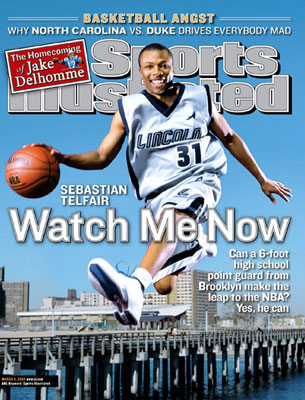 In their defense, Bassy Telfair DID make the leap to the NBA. He just didn’t make much of an impression once he got there. And I think he one time he had someone shoot Fabolous. Telfair can’t defend NBA guards, but maybe he’s a defender of proper spelling? 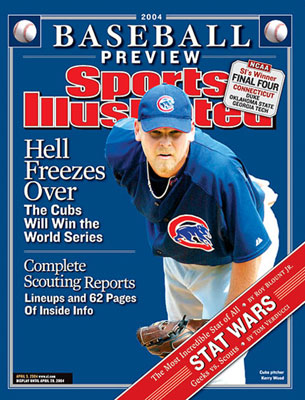 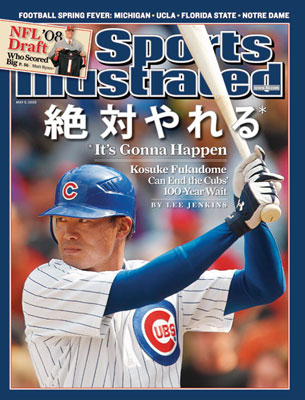 Sports Illustrated seemed extra determined in the 2000s to meld their curse with Chicago’s curse. They gave the Cubs two covers predicting the end of their century-long championship drought — one in 2004 and one in 2008. Both times, they featured a false savior (Kerry Wood and the rushed overreaction to one good month by Kosake Fukudome). And both times, obviously, the drought did not end. 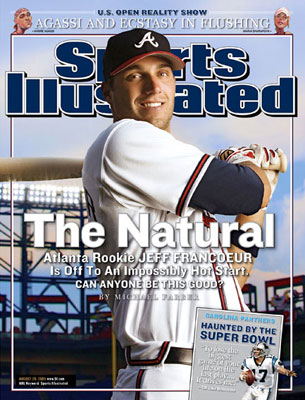 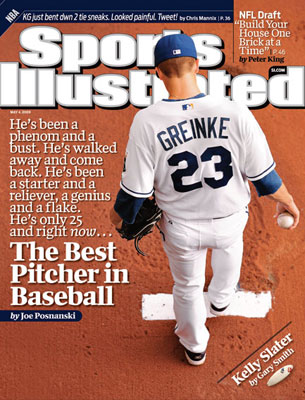 Jeff Francoeur’s career started fabulously — which is when they made this cover — then regressed to the mean faster than you can say sample size. As for Greinke, this cover made me think of the Billy Madison argument over whether Mortal Kombat or Donkey Kong is the greatest video game of all time. Like, I want to hold up this cover and say, “I disagree. Zack Greinke is a very good pitcher, but I think [insert name of the 25 or so better pitchers] is the best pitcher in baseball.” 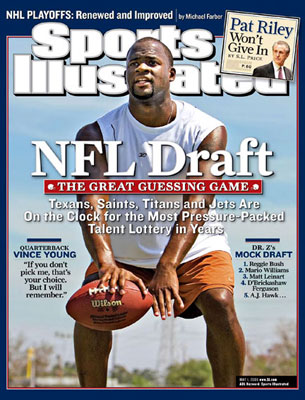 Everyone really thought the 2006 NFL draft was going to be something, thus “the most pressure-packed talent lottery in years.” Vince Young, Reggie Bush, Matt Leinert — all thrilling in college. Not as thrilling in the NFL. (Mario Williams, A.J. Hawk, Maurice Jones-Drew, and the gorgeously named D’Brickashaw Ferguson proved to be better.)

Bonus points on this one for Vince Young’s quote, “If you don’t pick me, that’s your choice. But I will remember.” Which we could now edit to add: “Although I will hastily forget if you’d just please sign me as a backup.” 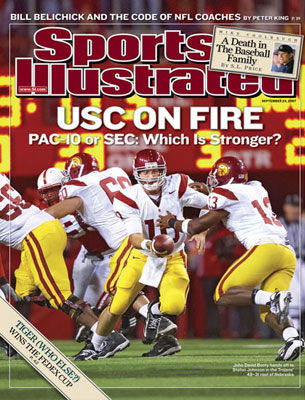 I’m not an SEC guy, but I still love that they asked this absurd question in 2007. LSU would go on to win the championship (following Florida the year before) — which would mark year two of the SEC’s current six-year title streak. So, no, the Pac-10 was not stronger. 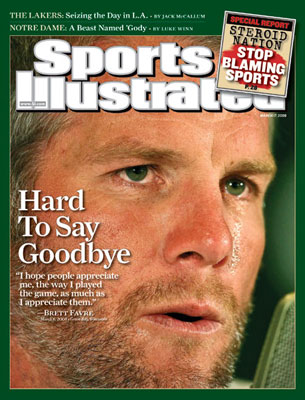 Even they fell for this Brett Favre retirement gambit. Little did they know he and his penis were about to head to New York and the will he-won’t he dance would happen annually for years to come.