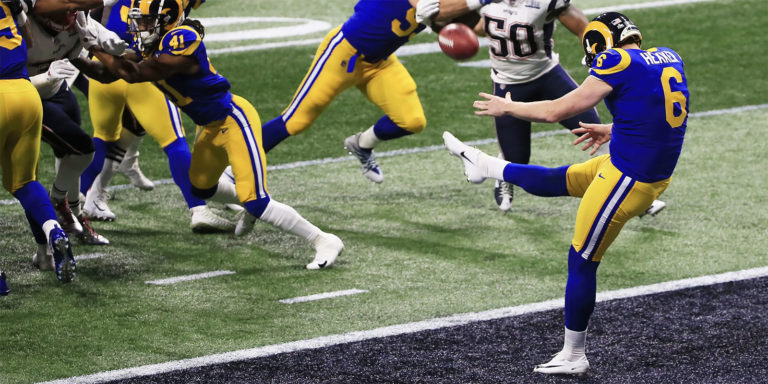 Last week I made my 11th annual Super Bowl prop bets for real money. How did I do?

Last week, for my milestone 11th year in a row, I made 11 ridiculous prop bets on the Super Bowl. They weren’t amazing bets. Lots of stuff with long odds and only a few long shots that gave me a chance to make real money. So how did I do?

2 | How long will it take Gladys Knight to sing the National Anthem?

I felt pretty good about my over bet on 1:47. It seemed like that line was based on a recording of Gladys singing the anthem nearly three decades ago. And my annual policy is to bet the over.

My policy paid off again this year. Gladys went WAY over, getting up into the approximately 2:05 range. (There was some controversy over whether she sang the final word, “brave,” twice, but either way she went at least 1:50.) After my devastating Puppy Bowl defeat, I felt like this brought me back with my $9.57 win.

3 | Will Gladys Knight take a knee or raise a fist?

This is one of those bets with terrible odds. It was pretty clear she wouldn’t protest — Gladys even spoke out against protesting during the anthem — and, as predicted, she did not.

Unfortunately, the win was only worth $1.10 to me.

4 | Which Anheuser-Busch commercial will appear first?

I bet on Bud Light. I figured Anheuser-Busch’s standard strategy is to go with Bud Light early, since it’s known for the funny/memorable Super Bowl ads. Then in the second half, they pound the heartstring-tugging Budweiser ads and hit up some of their secondary brands.

Well they sure screwed me. The first ad of the entire Super Bowl was… A-B’s Bon & Viv Spiked Seltzer.

The odds on that were +550. I really could’ve cleaned up if I’d bet on that seltzer brand I’d never heard of.

The odds were long but the pick was obvious. Chick-Fil-A wouldn’t compromise its “no Sundays” position for the sake of the Super Bowl, and they didn’t.

I had a bit of a scare when I saw that Chick-Fil-A’s spot in the stadium was filled by a place called Fries Up. I was afraid that the fine online gambling establishments of Antigua might consider that a bet nullifier, or even a loss.

Fortunately, they did not. I won the bet. Unfortunately, I won just 22 cents. At least that left my running tally at a super kismit-y -$11.11.

6 | How many plays will Tony Romo correctly predict ahead of the play?

Tony Romo’s emerging gimmick is calling out plays before they happen. I figured he’d tone it down during the Super Bowl and… he did. I had his final count at four (five if you count him saying at the end “now you clock it and bring out the kicker” before the Rams spiked the ball), which was easily under 7.5.

7 | What will Maroon 5 perform as their first song during halftime?

I didn’t really have any good guess, so I went with This Love, hoping Maroon 5 would look at the show as a chance for a career retrospective and open up with an early hit.

They did exactly that. Only they didn’t play This Love first. They played it second.

They played Harder to Breathe first, which wasn’t even offered by the sports book.

Had they gone with This Love first, I would’ve taken down $220. But those 30 seconds of Harder to Breathe caused a $231 swing.

8 | Will any player do the floss to celebrate a TD?

I guess the upside of a boring ass, low scoring Super Bowl is fewer touchdowns and, therefore, fewer chances for touchdown dances.

Only one player scored a touchdown, and he did not floss, just like I predicted. And the win brought me a cool $1.47

9 | Will CBS show a replay of the missed pass interference call at the end of the Saints-Rams NFC championship game?

I figured the NFL wouldn’t want any mention of that call. Plus the history of doing this betting gimmick has repeatedly proven that the Super Bowl features very, very few replays of other games. The odds, however, said otherwise. “Yes” on the replay had lower-paying odds than “No.”

That almost made me second guess my instincts, but I stuck with them and bet NO. And I won $11 as a result — my biggest win of the day. Breaking even. What a triumph.

It was a funny idea for a bet by the good gambling purveyors of Antigua, but obviously the long shot of long shots. I bet no at -10000 odds and won… 11 cents.

11 | What will the Super Bowl champions be served when they visit the White House?

When Clemson visited the White House last month, Trump made a big deal of serving them a wide variety of fast food. So would he repeat that with the Super Bowl champions?

Well, first of all, I’m going to get a shot to win. The Rams might’ve considered skipping the White House trip, but the Patriots will obviously go. Their affiliation with Trump is part of what makes the Patriots so lovable.

I’ll come back and update this after their visit.

So… this was a pretty good year, at least victories-wise. I won seven bets, with potential for eight — that’s the most bets I’ve ever won in a single year. But with all those comically low payouts, I didn’t exactly recoup a fortune.