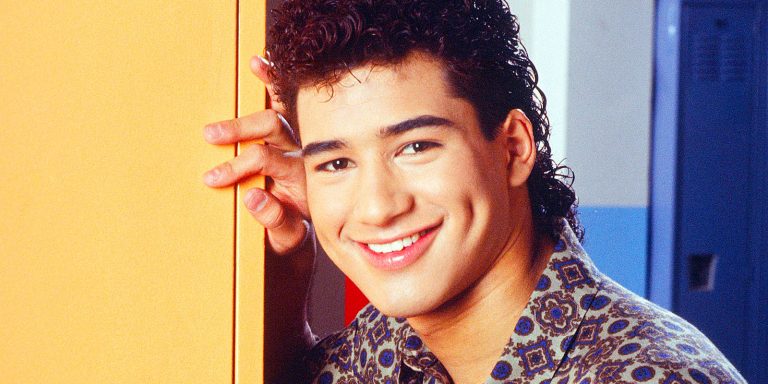 The best criminal stories of the year, including Saved by the Bell, a Walmart fetish and fecal alchemy.

I’m not planning on doing too many year-in-review lists — if you want to find some, check out every other website on the planet — but I couldn’t resist this one. Too much good stuff, a lot of which flew under the radar.

Instant access to stupid criminal stories is one of the main reasons I can’t believe life existed without the Internet. Like, I remember when I was a kid, if you wanted to hear about a stupid criminal, you had to wait until the Pony Express would pull up with word from two towns over about a guy who got his mullet caught in the door while he was trying to rob a bank. Or something like that. The memory is a little fuzzy. It was the ’80s. So many quaaludes.

Moving on, 2011 served up some absolutely legendary criminal masterminds. Here are 11 of my favorites… 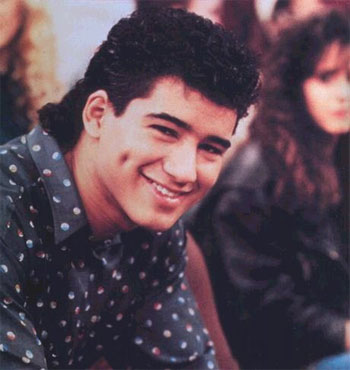 The first week of January, in Homer Glen, Illinois, a man (name not given) was at a bar called Mullets Sports Bar & Restaurant. They have photos of famous mullets on the wall, including one of Mario Lopez as A.C. Slater. The man ripped the photo off the wall and smashed the frame on the ground. His excuse to the owner? “I just don’t like Slater.”

Where I come from, when you don’t like Slater, you convince him to move to Hawaii, you give Mr. Belding a Buddy Band to make them uncool, or you enter him into a beauty pageant but tell everyone he beat up Screech so no one cheers for him. Tearing his photo off the wall and breaking a frame (which police later estimated at $11) isn’t going to win you the title of Bayside’s top hunk. Amateur. (Source) 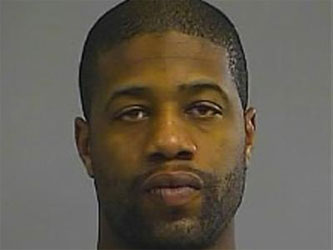 There are always stories floating around about guys hiding their crack cocaine in the crack between their buttocks. There’s wonderful symmetry to that particular means of crack concealment, but it’s total pastiche at this point. I like a guy who hides his crack more creatively. And oy vey, did this guy nail it. In early February, police caught Antoine Banks of Fairdale, Kentucky hiding a small bag of crack cocaine… underneath his foreskin. (Source)

3 | The man without a mouth 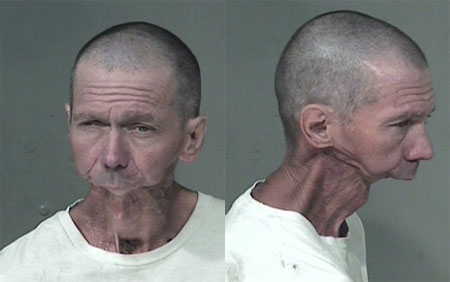 In April, police in Phoenix busted Alan John Shepard for selling meth. And when they caught him, he DID have meth… he DID have an illegal shotgun next to his bed… but he did NOT have a mouth. We don’t know where his mouth went. He didn’t say. Oh come on! That pun wasn’t tasteless. HA! That one totally was. (Source)

4 | The Case of the Hidden Knives 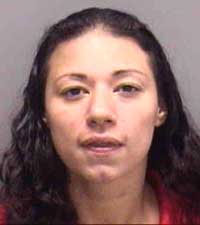 This one from May is some of the best knife smuggling you’ll ever read about. 28-year-old Gloria Perez of Fort Myers, Florida got into a fight with another woman in the street over some cigarettes. As people do. When the cops got there, Gloria was acting suspicious, so she was sent to a hospital for a full exam. Staff found Gloria was smuggling TWO knives on her person. One she’d recklessly inserted into her vagina… and one she’d hidden between the rolls of fat in her stomach. (Gloria clocked in at 5’4, 180.) I can’t decide which knife placement is more hardcore. (Source) 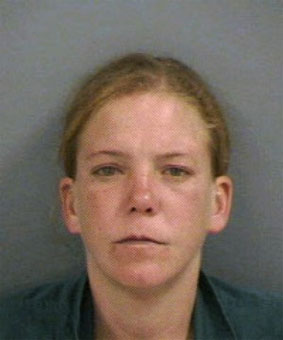 A few years ago, a few friends and I “non-hypotenuse” America road trip — Cleveland to Orlando to Los Angeles. We hit a lot of southern states. None hit on more of the infamous southern stereotypes than Florida. It was then, based solely on observations, that we declared Florida to be surprisingly America’s most redneck-ed state. Well add this story to that anecdotal evidence pile… and perhaps move it to the very top of the list.

On Memorial Day, in East Naples, Florida, 33-year-old Tina Gonzales threw a birthday party for her son where the kids did kid things while the adults got hammered drunk. Tina’s neighbor came over to complain and someone from the party bit him. No one would own up to it but the cops were able to pull out their Encyclopedia Brown skills and pin it on Tina.

How? None of the other adults at the party had enough teeth to make the bite pattern in the guy’s arm. Most of them didn’t have any teeth at all. Tina was arrested. (Source)

6 | There’s such a thing as a Walmart fetish? 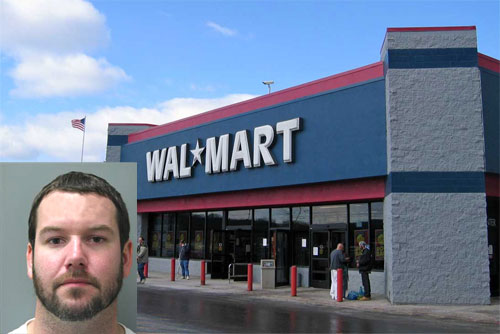 7 | And we all thought Weekend at Bernie’s was far-fetched.. 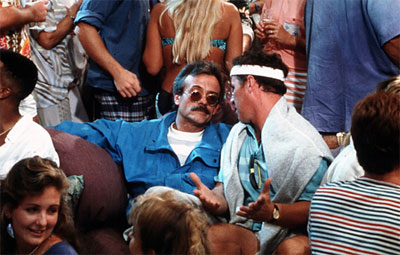 Weekend at Bernie’s is one of those comedies, like White Chicks or Admiral Baby, that crosses the line into being TOO implausible. Or so we thought. Dun dun DUNNNN.

In late August, 43-year-old Robert Young of Denver got home and found his roommate, Jeffrey, had died. He called his friend Jonathan Silverman 25-year-old Mark Rubinson instead of calling the cops. Then they went and had a night out with Jeffrey’s body. They tossed him into an SUV and went to a bar, a Mexican restaurant, and a strip club called Shotgun Willie’s — where they used Jeffrey’s ATM card to get $400 worth of lap dances. Finally, at 4 am, they flagged down a cop to tell him Jeffrey might be dead.

Unlike in the movie, these hilarious corpse-animating hijinx actually had consequences — they were arrested for abusing a corpse, identity theft and criminal impersonation. (Source) 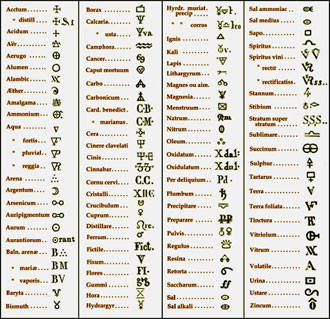 Nothing like some 21st century alchemy. In Northern Ireland, 30-year-old Paul Moran came up with a theory that he could use alchemy to turn his feces into gold… just by heating it up. So he scooped a load and put it on an electric heater in his apartment. He ended up setting the apartment complex on fire, doing $5,000 in damage, and getting three months in jail for arson.

The worst part? He somehow miscalculated and his feces didn’t turn to gold. I sure hope the Cranberries write a song about him. (Source)

9 | Didn’t this happen to Ross on Friends? 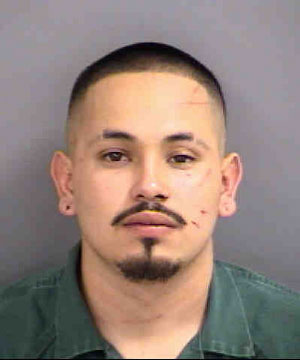 He broke down the door and attacked them with the handiest weapon at his disposal — a big-screen TV? He started swinging the TV at the women, ended up hitting his wife with it twice, and threw it at her. Then he punched the other woman. He was arrested for felony battery. (Source) 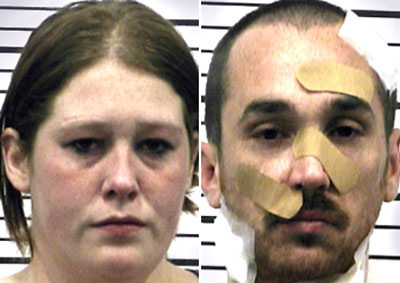 21-year-old Erica Wilson and 32-year-old Jesse Brooks live in Rogersville, Tennessee. In November, they got into an argument about their relationship status. Jesse touched Erica suggestively and said he wanted her. She told him she wanted a relationship and didn’t just want to be his booty call. The twist? They’re first cousins.

Their fight over a relationship-versus-sex turned ugly, Jesse pushed Erica, and she stabbed him in the face with a pair of scissors. When the cops got there, they admitted they’d both been drinking prodigious amounts of Everclear. That’s grain alcohol. Both of them were arrested for aggravated domestic assault.

And, as we learned back in my list about laws about marrying your cousin, Tennessee is one of 19 states that has no restrictions on first cousins getting married. Or on cousin booty calls, by the transitive property. (Source) 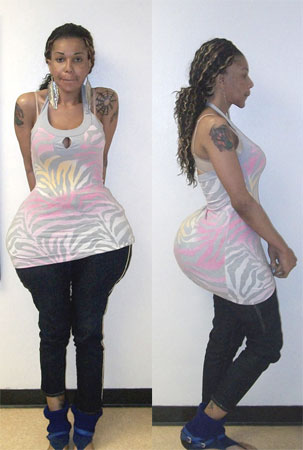 This transgender woman is 30-year-old Oneal Morris of Miami Gardens, Florida. She was arrested in November for giving people illegal buttock injections with cement, Fix-a-Flat tire repair solution, and super glue. And clearly, she’s not just a fake butt injecting doctor, she’s also a client. We already lost Heavy D this year; if Sir Mix-a-Lot sees this photo I’m afraid we’ll lose him to a heart attack too. (Source)