11 State Laws About Marrying Your Cousins, From Strictest to Loosest 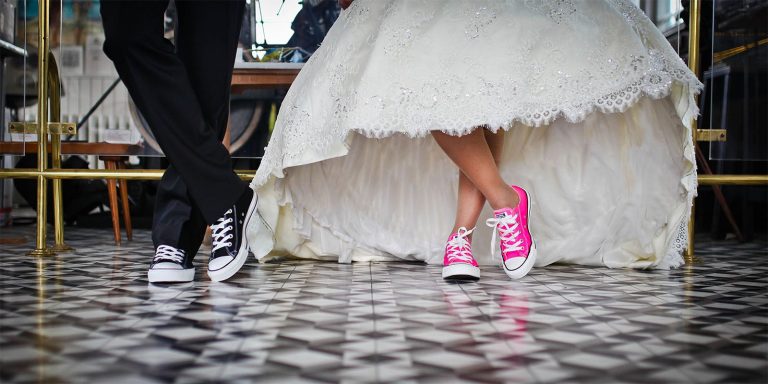 The cousin marriage laws in the U.S. are all over the place.

Usually I give my lists a prologue like “I was watching TV the other day and during a Nissan commercial I thought to myself, ‘Hey, that’s a cool song’ so I decided to devote five hours of my late 20s to an 11 Points list of techno music from 2000 to 2005 that’s been used in foreign car commercials.”

This list gets no such prologue. I have no desire to marry my first cousins (so no worries, Sarah, Rachel, Molly or Julie) — nor any recollection of why the idea for this list popped into my strange, strange brain.

All I know is that I thought cousin marriages could make for an interesting list topic, I started digging around, and that brought us to now.

And who knows? Maybe someone will find this list, realize that those taboo feelings they’ve been having every year at Thanksgiving aren’t that strange, and use the info gathered here to finally make true love happen. Plus think about how cheap the wedding will be — so much overlap in the number of guests that fall under the “well, we have to invite your Uncle Bernie” umbrella!

So these states are pretty strict. But they’re not as worried about cousins from different generations (the whole once removed thing). Many of them, as you’ll see below, also have other little loopholes.

3 | Adopted first cousins are good to go, as long as they’ve got proof

I was actually surprised more of the banned states from above don’t have adopted cousin loopholes. Because, in general, the biggest argument against first cousin marriage is, ya know, the potential for flipper children. If you’re legislating against adopted first cousins marrying, then you’re legislating morality.

And I’d be shocked, just shocked, to think that any places in this country would try to legislate morality.

4 | Banned, but if you marry your cousin where it’s legal then come back to the state, they’ll let you get away with it

I like this loophole. Go ahead and marry your first cousin, just don’t do it on our turf.

It’s like when the CTU director du jour turns off the camera so Jack Bauer can torture someone off the record on 24. At least I assume 24 is still about lots ‘o torture and a revolving door of CTU directors saying “I’m in charge now.” I haven’t watched the show since they brought Wayne Palmer out of a coma or something to get him to stop yet another hot-headed vice presi… recycle, recycle, recycle.

5 | Banned, but if you marry your cousin where it’s legal then come back to the state, they’ll probably let you get away with it

It’s a little ambiguous in both of these states. Michigan doesn’t have any precedents on it, nor any laws that seem to specifically prohibit it.

Arkansas’s position on first cousin marriages is clearer — they don’t want to accept it — but a 1986 Arkansas Supreme Court decision, Etheridge v. Shaddock, upheld an out of state first cousin marriage, so there’s some precedent there. Yeah that’s right. 11 Points cites state supreme court precedents. What?

In Indiana, first cousins or first once removed can get together… as long as they’re both over 65 and infertile. In Wisconsin, the way around the ban is for the woman to be over 55 or at least one of the two people to be infertile.

This all seems a bit strange to me… it’s one thing for a couple of young, naive cousins to fall in love. But if you’re 68 years old and just realizing that the cousin you’ve been hangin’ with since you were toddlers is actually the love of your life… it doesn’t seem the same.

7 | A ban on first cousins (once removed are fine), unless both meet certain age and/or fertility restrictions

8 | Banned, unless permitted by “aboriginal culture”

So, Dakota Sioux, Ojibwe and Chippewa — the tribes of Minnesota — let it ride.

9 | Allowed if both first cousins submit to genetic counseling

I think this is actually the most democratic of all the bans, because it’s truly legislating against potential birth defects and nothing else. If you want to marry your first cousin, have your genes looked at to make sure your kid isn’t going to turn out like a member of British nobility. If you’re clean together, go for it.

10 | Only double first cousins prohibited from getting married

So, if a girl and her sister are out and meet two brothers, they pair off, have sex, and each couple produces a baby… those kids couldn’t get married in North Carolina.

And since that seems exceedingly rare, I ask you, North Carolina: Why bother? Is this just a token effort not to make my “Anything Goes!” list below? This is like saying you’re giving up alcohol, but only giving up Sam Adams Winter Lager.

Ya know, for all the jokes about the South being the home of family member-on-family member sex… pretty much all of the hippy liberal states are on this list… and the majority of the redneckkiest states aren’t. So ruminate on that. (Better than the conclusion of this list leading to you ruminating about your first cousin, right?)

All information comes from two websites, National Conference of State Legislatures and CousinCouples.com.

Why You Should Marry Your Third Cousin