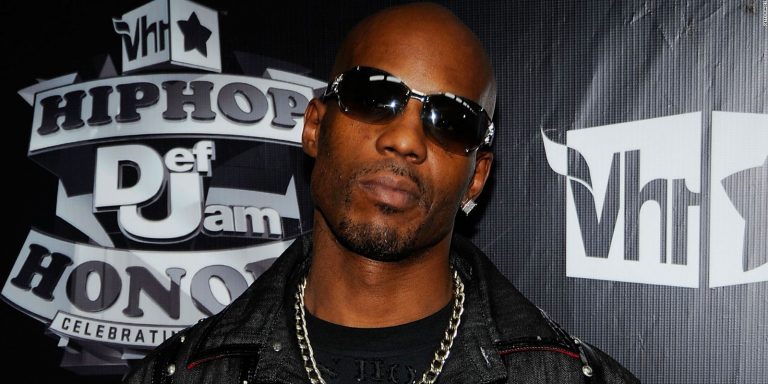 DMX is a fascinating mix of music superstar and straight-up lunatic.

I love DMX. Because he’s out of his mind.

At my old job, one of my responsibilities was to find and write up the best hip-hop news. And sometimes, on slow days, I would just plug DMX into Google News, assuming that he probably got arrested.

A few times, that guess was right.

And now, with his latest piece of hilar-insanity, I figured it might be cool to put together a list of 11 of his most ridiculous moments. And here they are…

1 | Accusing his baby mama of raping him

DMX is a very large, very strong man. Which is why this was so, so hard to believe.

Back in 2000, DMX had a kid with a woman who wasn’t his wife. Paternity tests proved it. Years later, DMX explained to “Sister2Sister” magazine what really happened: He didn’t cheat on his wife… he was raped.

Quote: “She raped me. I mean, you know, that might sound like some bullshit. No man has ever been– you know what I mean, like never? Is that the only thing in the world that’s not possible?”

He fails to go on to explain the mechanics of the rape… he only suggests that the woman hid in his hotel room because, he says, from now on he’ll, quote, “turn on the light before I go to sleep.”

2 | Giving his thoughts on Obama

Back in March, DMX had an interview with XXL magazine, where they asked him his thoughts on the presidential race. And, apparently, DMX hasn’t been following it. Here’s an excerpt from the interview:

DMX is always — ALWAYS — getting into trouble when he gets into a car. But this is the ultimate example. Back in June of 2004, DMX crashed his SUV through a secured gate at JFK Airport… because he wanted to avoid paying a $9 toll. When security rushed up, he told them to leave him alone, because he was a federal agent.

Continuing his federal agent persona, he then approached a driver in another car and told them he needed to commandeer their vehicle.

When the cops got there to arrest him they found crack rocks in the car.

So, in December of 2004, less than one week after DMX pleaded guilty to all the airport gate stuff and got his license suspended, he was arrested again… for doing 104 miles-per-hour in a 65 zone in North Castle, New York.

He was arrested and charged with aggravated unlicensed operation, speeding and driving an unregistered vehicle.

In April of 2005… with his license long since suspended… DMX was driving his SUV and slammed it into a car. That car then bounced off and smashed into… a police car.

Somehow, he only got one week in jail for that. His ability to avoid life in prison is nothing short of spectacular.

In June of this year, DMX was arrested for trying to buy cocaine and marijuana from an undercover cop in Miami. How much money’s worth? $30 of coke and $15 of marijuana.

In other words, he was probably willing to spend more on the gas to get to and from the drug dealer than he was on the drugs themselves.

7 | Being the only co-star to out-crazy Steven Seagal

In 2001, DMX starred in the movie Exit Wounds opposite Steven Seagal. And this is fairly monumental, because it marks the first and only time that Steven Seagal was the second-most crazy person on a movie set.I know this because, for research, I just went through all of Steven Seagal’s movies and looked at the cast lists. Sharon Stone in Above the Law, Gary Busey in Under Siege and Tom Sizemore in Ticker… they’re all crazy, but not Seagal crazy. And definitely not DMX crazy.

I didn’t put any of DMX’s arrests for animal cruelty on this list because those aren’t “funny” ridiculous, those are “tragic” ridiculous. But I will put this.

For some reason… and one that baffles me based on what I know about corporate bureaucratic logic… a company called Amusing Diversions hired DMX to endorse their clothing line for dogs. Because no one’s a better pitchman for dog clothing than a multi-time convicted dog abuser, I guess.

Anyway, they paid him more than $250,000 to endorse their clothes, which included bomber jackets for dogs. He took the money, never did any promotion, even though it would’ve been the easiest thing in the world… and then refused to give the money back.

Finally, a judge ruled in their favor, and now DMX has to sell his $1 million townhouse in Harlem to pay them back.

Rap beefs are an indispensable part of the industry, and, before it ended so tragically, the Biggie-2Pac one pushed hip-hop to the next level.

DMX’s beef is approximately eight billion times less hardcore. Instead of beefing with a rapper, he decided to go after… Mary J. Blige.

My favorite line from his dis track (which you can listen to here or read the lyrics to here: “Ain’t you tired of getting hit with dicks? You even fucked my man Charles Oakley from the Knicks.”

Eventually they patched things up… possibly because no one was exactly sure why they were feuding.

In 1999, DMX was scheduled to perform at MTV’s VMAs. But he didn’t show up for any rehearsals and ended up no-showing the awards. Jay-Z ended up having his set extended to fill the time.

The next year, MTV wanted to bring DMX back to perform, but made him swear he wouldn’t flake again. He promised he wouldn’t.

So, naturally, he never showed up for rehearsals… and no-showed the VMAs AGAIN.

Nelly filled in and performed, and DMX was blacklisted.I would say someone that unreliable would be hard to count on for important things, like an airport pickup… but we know he’s a big fan of those.

And finally, back in April, DMX went to the Mayo Clinic in Scottsdale. He got about $7,500 worth of drug treatment… and didn’t want to pay. So, he gave a fake name (Troy Jones) and a fake Social Security number.

He did this even though he’s famous and, therefore, someone on the staff probably recognized him in the nine hours he was there. And clearly someone did because the police started investigating the fraud almost immediately… and a few weeks ago he was arrested and charged with theft of services and identity theft.

It was his fourth run-in with police in Scottsdale in 2008.