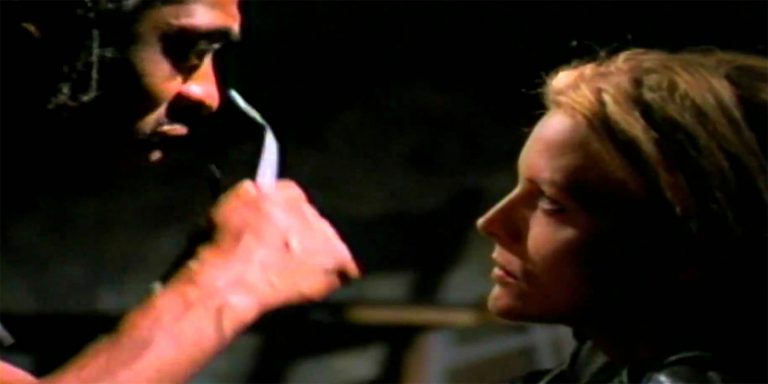 Sometimes a song on a movie’s soundtrack achieves much greater heights than the movie itself. Here are 11 prime examples.

I was reading through the Oscar nominations yesterday and noticed that Justin Timberlake’s song Can’t Stop the Feeling was nominated for Best Original Song. It was from the movie Trolls. I found this surprising because (1) I feel like I heard that song about 5,000 times over the past year and (2) I didn’t even know there was a movie called Trolls. (I have a baby. Soon enough I’m going to have to go see every single damn animated film that gets regurgitated into theaters, regardless of quality. But for now, I’m homebound and ignore their existence.)

I went on a hunt for other songs from movie soundtracks that clearly achieved much greater success and popularity than the movies that spawned them. And I decided to limit my scope to ’80s and ’90s movies, so I could look for songs that have endured for decades — in contrast to their host movies that came and went virtually unnoticed.

Here are 11 songs that originated in movies but went on to much greater and lasting success than said movies.

Arguably Boyz II Men’s best song — not in my opinion, mind you, I rank it around 5th or 6th, but according to many — came from arguably Eddie Murphy’s 10th worst movie. And that’s saying something, because he went on a hell of a cold streak for around two decades.

Dangerous Minds was… fine. Meanwhile, Gangsta’s Paradise was *everything*. You know a song is transcendent when it inspires the lead track AND cover art on a “Weird Al” Yankovic album.

Four points into the list and I’m already going WAY too heavy on Lionel Richie. Story of my life, folks. It’s why I could never be a DJ. 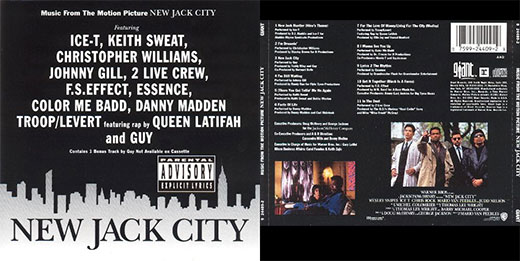 The song and movie came out during my peak pop culture-consuming years, yet I had no memory that I Wanna Sex You Up came from a movie. I guess I always just assumed it came from heaven. 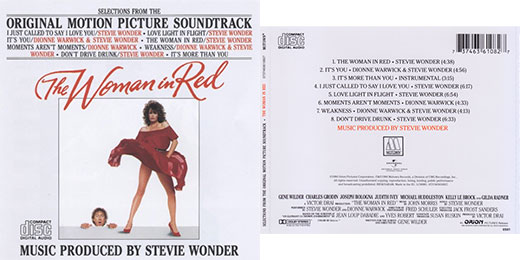 You could’ve told me Stevie Wonder wrote I Just Called to Say I Love You anytime between 1965 and 1990 and I would’ve believed it. (I’ve also never heard of The Woman in Red, apparently it was a Gene Wilder comedy that got middling reviews.)

Neither Batman Forever nor Kiss From a Rose were any good. But one of them we still can — and do — appreciate ironically to this day. 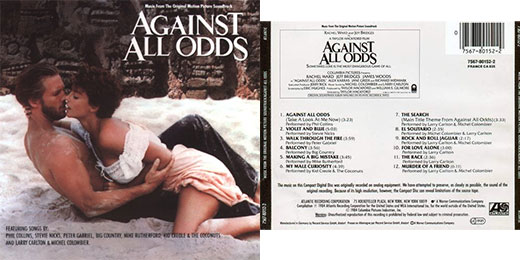 I had literally five Phil Collins songs to choose from. Two Hearts, which was in the movie Buster in 1989; Separate Lives, which was in White Nights in 1985; Something Happened on the Way to Heaven, which was in War of the Roses in 1989; and sort of In the Air Tonight from Risky Business in 1983, although the song came two years before the movie and the movie might be in the conversation of “’80s classics.” I went with Against All Odds for the biggest gulf between the endurance and success of the song versus the movie.

9 | Cradle of Love by Billy Idol

From The Adventures of Ford Fairlane (1990)

Billy Idol’s biggest hit came courtesy of the brief period when they made movie vehicles for Andrew Dice Clay. (If you’re too young to remember that period, it’s like back in 2007 when there were four movies starring Dane Cook and then NONE since.) 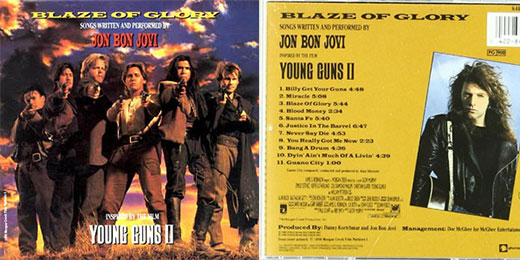 Apparently the original plan was for Young Guns II to feature Bon Jovi’s Wanted Dead or Alive. But Jon Bon Jovi felt it wasn’t thematically appropriate — the song uses cowboy metaphors to describe a struggling singer; the movie uses cowboy non-metaphors to describe cowboys — so he wrote an original instead. A whole soundtrack of originals, it seems, although this was the big hit.

It’s weird that the iconic song from a movie starring 2pac in his prime was a borderline novelty song by Dr. Dre’s stepbrother and Snoop Dogg’s cousin — almost feels like it was made as a favor, doesn’t it? — yet I still, to this day, find myself sometimes absentmindedly reciting the lyrics. Mainly when I’m driving through the east side of the LBC. (But not on a mission to find Warren G. Usually on a mission to find a new Mediterranean restaurant.)