Sports Illustrated made some bold — and egregiously wrong — predictions on its covers in the ’80s.

Sports Illustrated is kind enough to have every single one of its covers available in a free database. Certainly a bold move for a magazine whose covers are widely recognized as cursed.

I went through all of the Sports Illustrated covers of the ’80s (along with the ’90s and ’00s too, but those lists are coming soon) and chose 11 that made the most enjoyable bad predictions. Here they are, in chronological order… 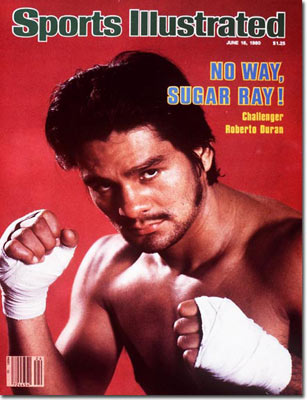 When you think of Roberto Duran fighting Sugar Ray, “no *way*” isn’t really the quote you think about.

(And, yes, this cover was actually published a week before the fight where Duran beat Sugar Ray… but 30 years later, the only thing that people remember was Duran’s reaction to Sugar Ray’s pummeling in their rematch.) 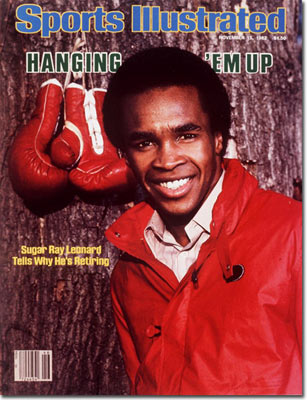 In 1982, Sports Illustrated devoted a cover and feature to a monumental, world-shaking story — Sugar Ray Leonard was retiring! 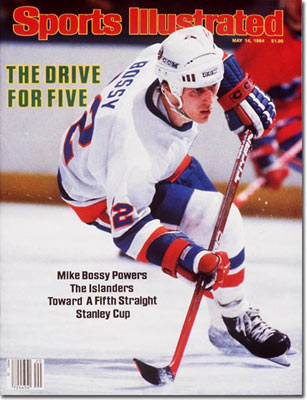 And 26 years later, that push is still going. 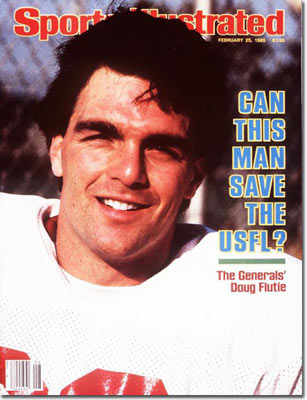 This issue was published in February 1985. The USFL never played another game after July 14, 1985. So, to answer the question posed by SI… no, no he couldn’t. I don’t even think He Hate Me could’ve saved the USFL. 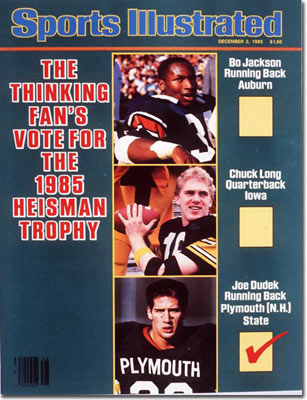 It’s weird seeing a magazine pull a move like this 25 years ago. I thought the whole “take an absolutely inconceivable position and argue it like a madman” thing started after ESPN instituted its policy of hiring on-air talent based on how loud they can yell, not how smart their opinions are. But here, two-and-a-half decades ago, SI pulled out a Baylessian argument that Bo Jackson should lose the Heisman to a guy who was tearing up Division III football.

With all due respect, that’s like saying Jeff Bridges should’ve lost the Oscar to Chad Vader.

(Jackson ended up winning the Heisman. Joe Dudek finished ninth in the voting — which is incredibly impressive for a D-III player. But still.) 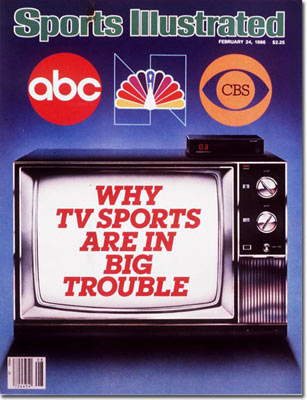 Right now the NFL has $20.4 billion worth of TV contracts with four different networks, and owns its own network on top of that. Everyone else, from the NBA and MLB to NCAA football and basketball to bowling and cheerleading, also have lucrative TV contracts.

If anything, decades later in the DVR era, sports are the most coveted TV programming choice — because they’re one of the few things that actually demand real-time viewing. TV sports are as alive and well as no one on Lost. 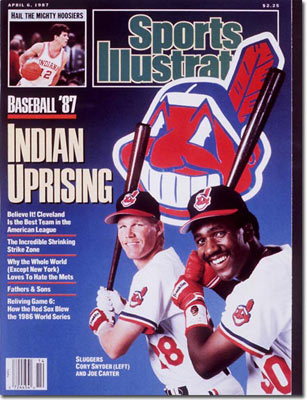 Last week I went OFF on Cleveland sports failures so I don’t want to re-open the wounds too much. But this cover came out ahead of the 1987 baseball season when the Indians went… 61-101, good for last place in the AL East. The two cover choices, Cory Snyder and Joe Carter, hit .236 and .264 respectively.

The moral of the story: Never pick Cleveland to do anything. 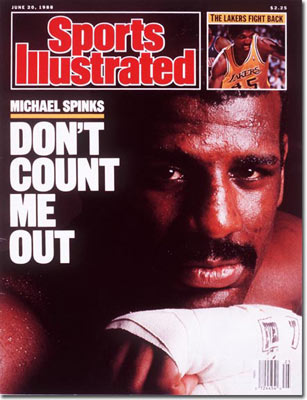 If this seems like a lot of boxing covers, that’s representative of the ’80s — SI featured boxing almost constantly, and the sport was alive and well. It’s amazing how much boxing’s stock has plummeted in two decades.

Anyway, this cover went up a week before Spinks was set to fight the up-and-coming boxing phenom Mike Tyson. Spinks was the forgotten man in the fight — everyone assumed Tyson would run him over, like he’d been running over everyone else — and Spinks got the cover story on SI to let the world know he was in it to win it.

Tyson knocked him out in 91 seconds. 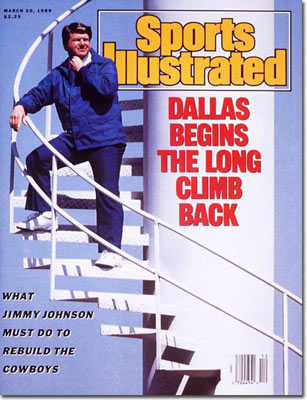 Sure, they sucked his first year, but… they made it to seven wins the next… won 11, made the playoffs and won a playoff game his third year… and won the Super Bowl his fourth and fifth years.

If only one of the teams I root for could have the “long climb back” that Jimmy Johnson and the Cowboys had. 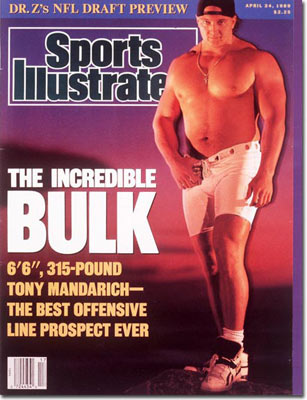 And, of course, he went on to be considered one of the biggest busts in draft history. He was in the Darko spot — drafted second, behind Troy Aikman and directly ahead of Barry Sanders, Derrick Thomas and Deion Sanders.

The lesson: Only use a high draft pick on a Canadian if you run a hockey, curling, logging or pelting team. It’s the hard truth, buddy. 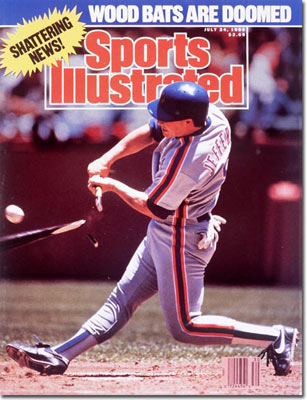 It’s weird when SI puts out a cover story that resembles something from the Weekly World News or, even less credibly, the New York Post. Twenty-one years later, wood bats are still alive and well… with not even a whisper about getting rid of them.

Sure, they still shatter, occasionally they’re filled with cork, and, no, baseball has not made many, if any, strides in bat innovation. But the innovations they’ve made with steroids — incredible!