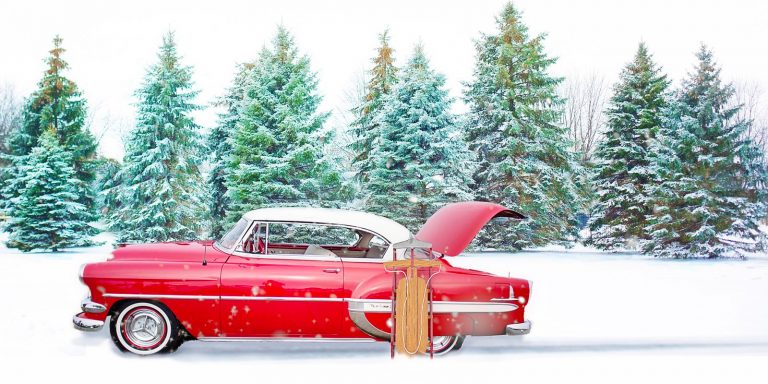 I ran the numbers to figure out which holidays are the safest for driving.

Well… turns out that no one’s ever done this. But I was interested enough to do the legwork. So I processed the 15 years of available National Highway Traffic Safety Administration data (1994-2008), to find out the fatal crash numbers from each day of each year.

With the assistance from my much-more-statistically-inclined friend Nathan, we plucked out 22 of the biggest American holidays (sorry, Flag Day, you were the bubble team that got left out), and figured out how much your chance of having a fatal car accident increases or decreases on each of them.

Today’s list features the 11 least dangerous holidays for driving; Friday’s list will feature the 11 most dangerous ones. These are presented in reverse order, such that the #1 holiday on the list is the statistically safest driving holiday.

I don’t really think of Mother’s Day as a big drinking holiday — more of a cards/flowers/brunch holiday. Although, I suppose, if you’re at brunch and find yourself being berated for not being married or dressing like a homeless person, suddenly the mimosas might start flowing instead of tears.

Another thought: There are plenty of older moms out there… and they could be hitting the roads on this day. If local news has taught us anything, it’s that the elderly in cars are one of the myriad of things Killing Your Kids.

It’s usually the first day off work for the calendar year (unless you’re in school, a government job, or one of the few non-racist companies that give their employees MLK Day off)… and that can bring some dangerous, belligerent people to the streets.

(My theory on that: The Sunday fatal crash stats count everything after midnight… so all of the Saturday night-induced crashes really happen on Sunday mornings. Maybe for Super Bowl Sunday, people are less likely to go out and act foolish on Saturday since they’re saving their energy for Sunday.)

This one also surprised me a lot. I guess we DON’T need to get Rex Banner over here to make a push for prohibition.

Now THAT’S good respect for America’s veterans — whippersnappers aren’t out driving like gol-darn maniacs on their day. (Unlike Memorial Day, which is coming on Friday’s list.)

Many years ago, when I had a commute, the single worst traffic day I ever faced was Valentine’s Day. It was like every single person busted out of the office at exactly 5 PM so they could get home — no one worked overtime, no one swung by the gym, no one went to their personal Moe’s equivalent.

I guess when people are that motivated, they drive more carefully. And even after the commute hours… while there are lots of people out on Valentine’s Day, I’m thinking they’re driving with the focus (and passenger seat nagging) that come from being on a date.

I’d probably make some Italian joke here, but this one is almost certainly a coincidence. For each holiday’s result, we figured out the statistical significance… and there was a 96.05 percent chance that Columbus Day’s fatality numbers are just random noise. (Almost all of the other holidays check in under 30 percent, and several check in under one percent.)

You just wait — as the 49 states that haven’t banned Mexicans watch their Latino populations grow, Cinco De Mayo is going to become bigger and bigger. Here in L.A., it’s already the Mexican St. Patrick’s Day. (Interestingly enough, in Mexico, it’s not that big a deal — it’s not their independence day, it just commemorates one battle victory over the French in 1862.)

When it does get bigger and drink-ier, it may get more dangerous. For now, driving on May 5th is basically just as risky as driving any other average day.

People don’t go out and get all drunk on Easter Eve. At least not any drunker than they would’ve if it wasn’t Easter. Meanwhile, on Easter itself, I bet there are a lot of families on the road… and they’re the types who buy cars because of things like side impact airbags and stability control and crap like that.

Us single people aren’t even aware of those features. I had a Jeep Wrangler that didn’t have side airbags or anti-lock brakes, but DID have a rollover cage… you know, because it was a matter of “when” your Jeep Wrangler would flip, not “if.” That ain’t a car for Easter.

We found this surprising, but it actually makes sense. The data only covers a day from 12:00:01 to 11:59:59. And on New Year’s Eve, more so than any other day of the year, it’s easy to account for where people are during the dangerous evening hours. Yes, they’re drinking — but they’re drinking in one stationary location and not going anywhere.

Most crashes happen after Carson Daly ushers in the new year, and people start heading home (which you’ll very, very clearly see reflected in Friday’s list of the 11 Most Dangerous Driving Holidays). Because of that, New Year’s Eve is one of only two major American holidays where the roads are safer than they are on any average day. Who knew?!

Even with icy roads, people generously hitting the eggnog and all those people driving around with potentially-distracting giant bows on top of their new cars — you’re 14 percent less likely to die in a crash than any other average day of the year. So get in the car, crank the radio, and enjoy week 16 of 17 of nonstop Christmas songs on half of the stations, ’cause you’re probably getting to grandma’s in one piece.

Coming Friday: The most dangerous holidays for driving.