Every so often, a sports photographer captures a moment that looks unintentionally dirty (or romantic). These are some of the greatest.

Photos are taken nearly continuously throughout sporting events — at least the major ones, no one ever photographed my epic basement table tennis matches back in high school. And every once in a while, they capture the perfect angle of a perfect moment in time… which makes it look like the athletes are doing something filthy (or romantic, depending upon your interpretation). This list is all about those perfect moments.

Here are 11 sports photos that look sexual, but (probably) aren’t. 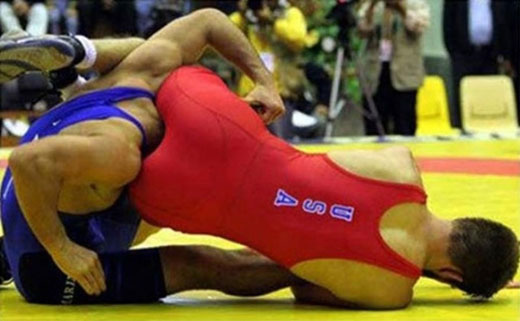 Ah ha, take THAT everyone in other countries who think Americans have our own heads up our asses. Turns out we have YOUR heads up there instead. 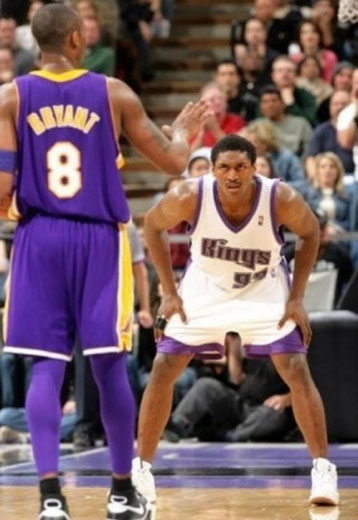 I know it’s a photographer’s arm, but if any NBA player ever was going to play with his penis hanging out, you’ve got to think it was Ron Artest, right? 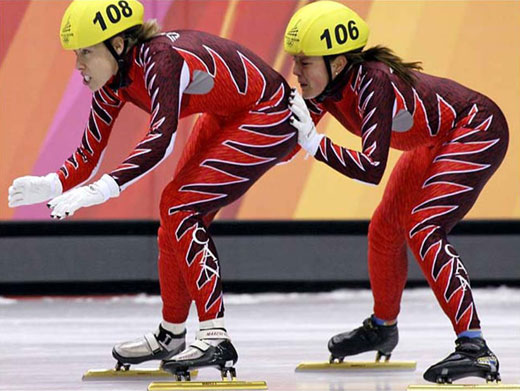 One interpretation of this photo is that the woman in the back is massaging the front woman’s buttocks and is surprised by the flatulent payoff for her hard work. That’s probably not what’s happening… but is there a better intrepretation? 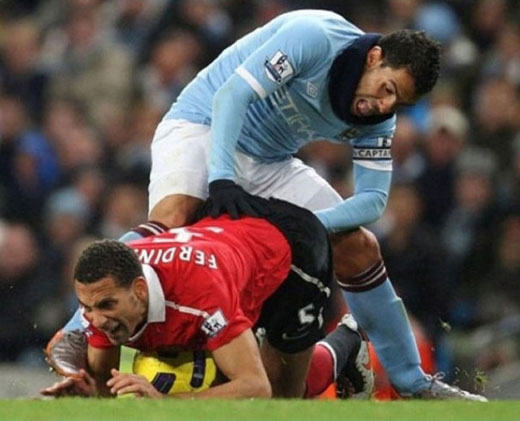 And this is what happens when you tell soccer players they’re allowed to use their hands. 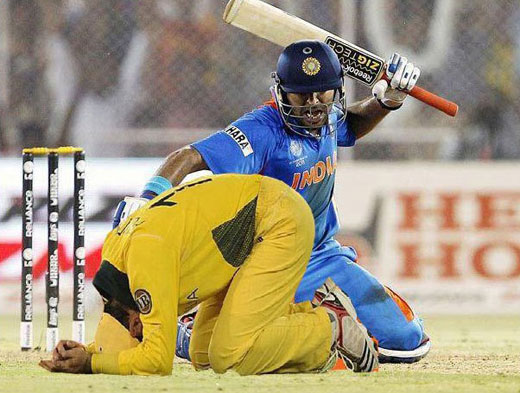 I don’t know what normally goes on in cricket — maybe this is a standard move? — but this could easily be the cover photo for the next issue of Bumpaddle magazine. 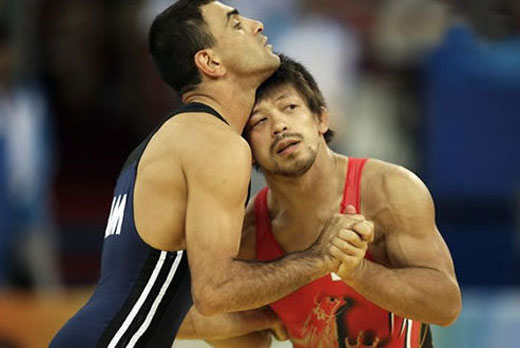 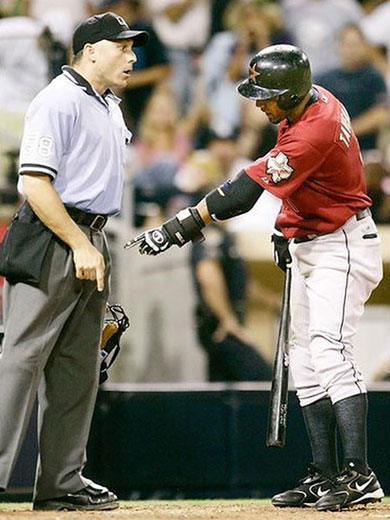 Is a “that wasn’t a ball, this is a ball” joke low-hanging fruit — or what this player was actually saying? 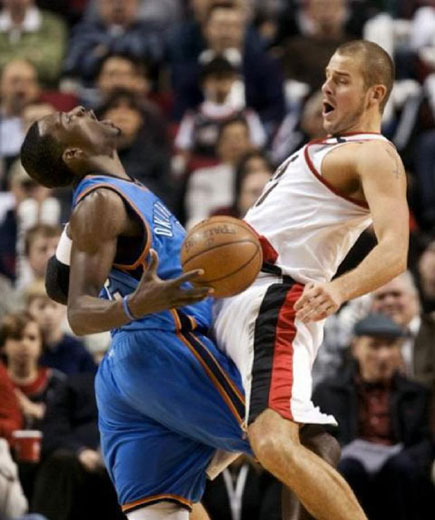 This one might not be so overt if it didn’t look like they were both singing along to the song they’re grinding to. Like Get Low! is blasting and they’re both shouting about the windows and the walls. 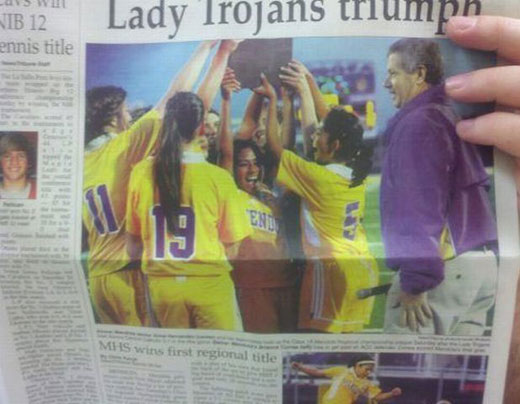 How many times did this guy have to say, “It was a microphone” to parents? Twenty-five or 30 times the next day, followed by about once or twice per month indefinitely after that? 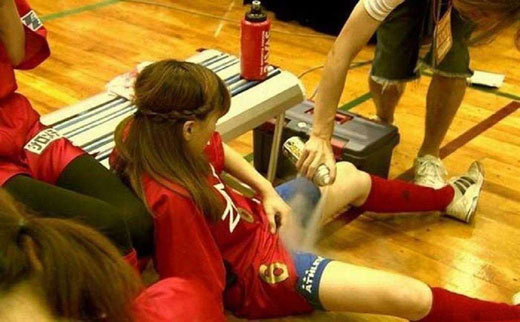 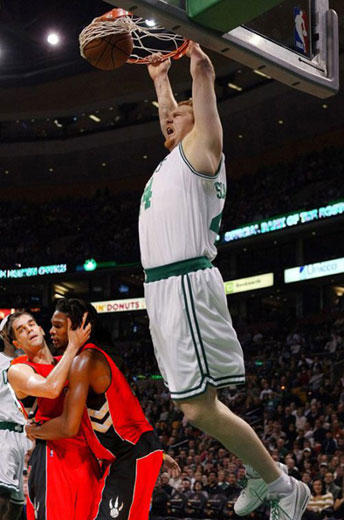 It’s quite possible the only way Brian Scalabrine could get open enough to dunk the ball is if two of his opponents temporarily stop playing defense to make out.