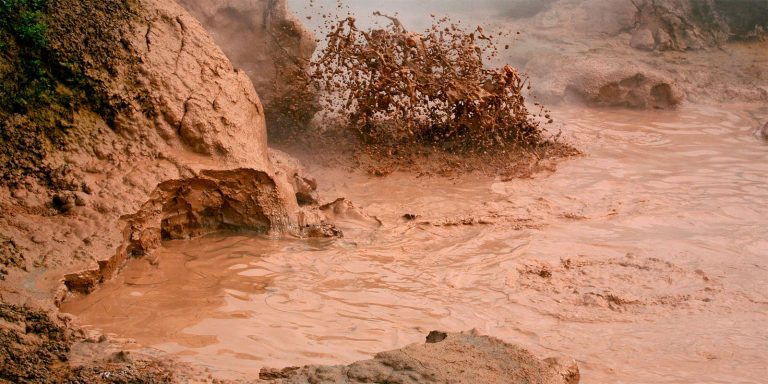 I guess you shouldn’t scroll down this list if you’re at work and your monitor is on full display to various passers-by. Pull it up on your phone instead. There’s nothing dirty here, but it LOOKS dirty. As Krusty the Clown once said, “Young people today, they think comedy is dirty words. It’s not — it’s words that sound dirty, like ‘mukluk.'” This list is the mukluk of photographs.

Here are 11 photos that look dirty but are not… 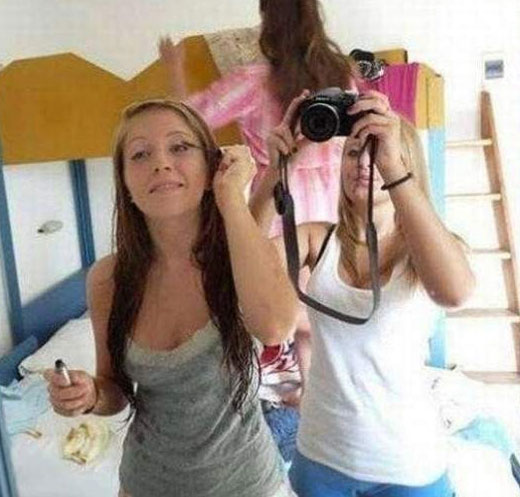 There’s a point in every young boy’s life when he realizes his armpit is a filthy doppelganger. It can look like buttocks, it can look like a vagina, it can make fart noises. This photo properly celebrates at least one of the powers of the armpit. 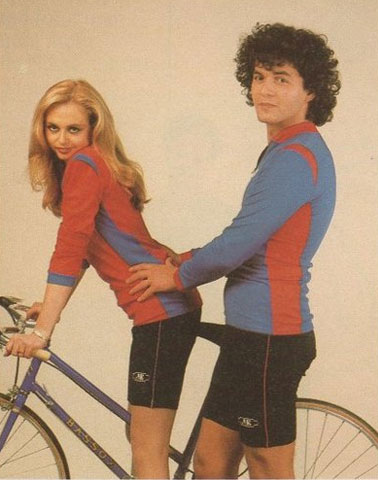 There are plenty of photos like this floating around online — I chose this one because of Not Heather Graham’s “I’m totally over this” look. If this were an actual sex photo she’d definitely post the exact same face. 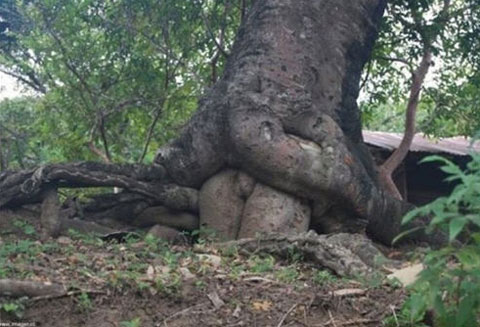 Once you get past the pseudo-genitalia, marvel at the “male” tree’s flexibility. This is the only one on the list I’m afraid is Photoshopped — and whoever Photoshopped must really believe in yoga or modern dance. 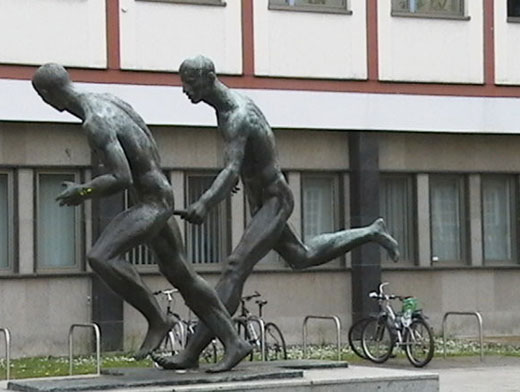 Only through a perfect angle can two runners passing a baton transform into one runner violating another runner mid-race. Million-to-one shot, doc! Million to one. 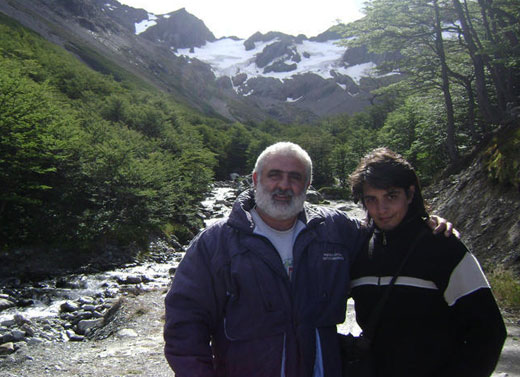 This is a little different thematically than the other photos on the list, but that negative space penis was too good not to include. And thanks to that penile-shaped gap, this wonderful father-son moment gets to spread around the Internet and become immortal. Maybe you want to think about hiding penises in YOUR vacation photos? 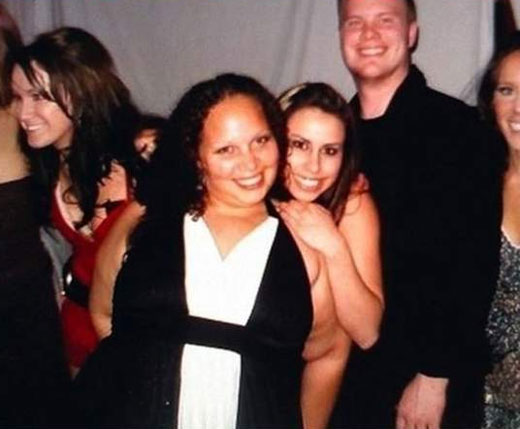 This is one of the most spectacular ones I found. The woman’s arm in front provides a shockingly perfect facsimile of a nude body. It’s so good that the woman who looks nude has probably given up on trying to defend that she’s not. 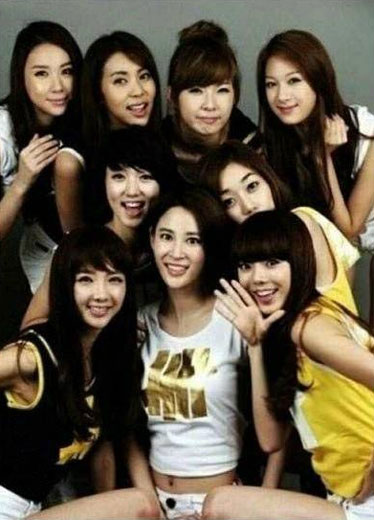 The girl in front really looks like she’s doing a full split, all thanks to the remarkable positioning of the other girls’ legs. Whatever this photographer lacked in understanding perspective he more than made up for in his talent with symmetry and composition. 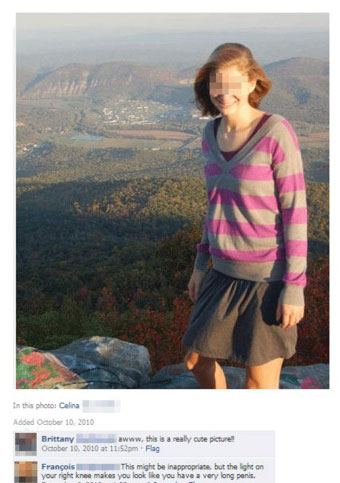 I love the Facebook comment below the photo, explaining in the most gentle way possible that she should’ve cropped the photo just a little bit more — but I’m thinking she avoided cropping the photo intentionally. If you’re gonna look like you’ve got a penis, might as well look like you’ve got the world’s biggest penis, right? 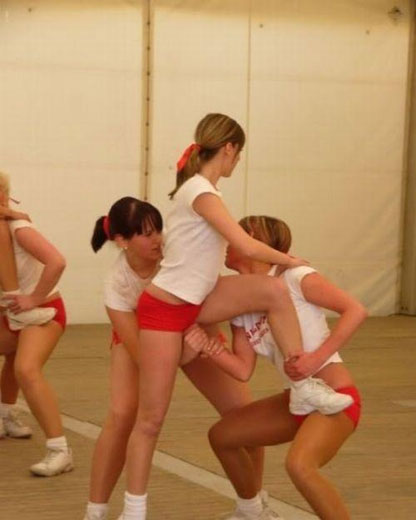 It definitely looks like those two cheerleaders are b-e-ing aggressive in getting that arm deep into their teammate. They’re not. (Probably.) 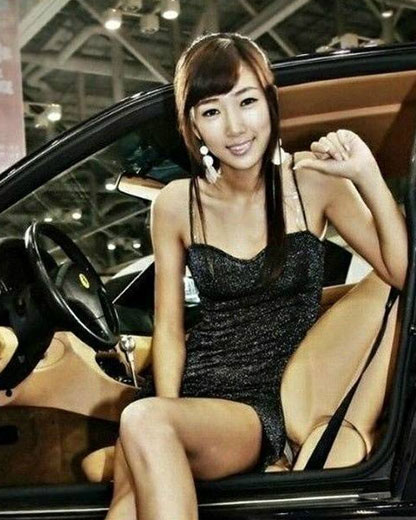 It’s really the seatbelt that makes the photo… it visually cuts the driver’s seat just right to make it look like a very flexible leg. Is there anything a Ferrari can’t do? 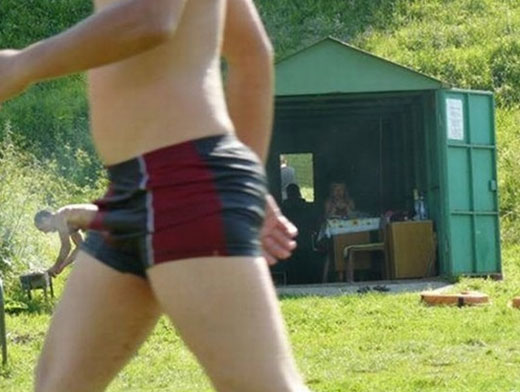 I feel like this photo wouldn’t be so perfect if the guy in front had just chosen a bathing suit that’s 60 to 75 percent less European. (Counterpoint: It would be more perfect if penises had arms.)

11 Photos Made Raunchy With Bad Kerning