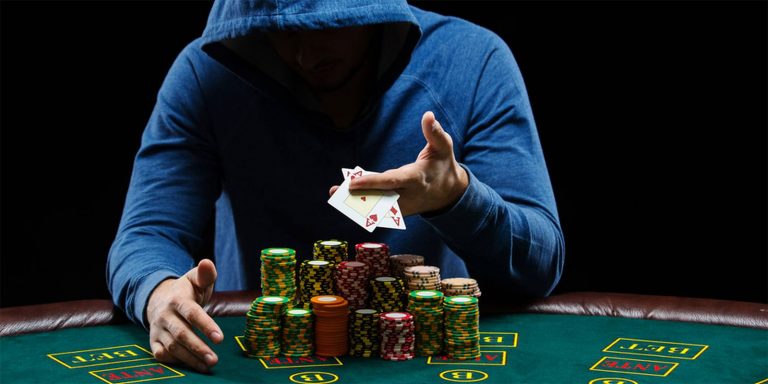 I feel like I haven’t been stirring the pot enough with this website. I’ve put up 75 lists, I’m starting to get some real good traffic… yet, so far, I’ve only gotten ONE angry e-mail.

It was about my list 11 Olympic Sports That Morbidly Obese People Could Win. A nice fellow wrote to me, angry that I suggested an obese person could medal in any number of track events (javelin, discus, shot put, hammer throw, etc.)

I found that anger strange because (1) that list was clearly done in a tongue-in-cheek style and (2) of all the sports I pinpointed, shot put and hammer throw are two that actually DO feature seriously obese competitors.

Anyway, I feel like stirring something up today. So I’m going to roll with this list of the 11 sports whose participants may or may not be athletes. Let’s do it…

Why bowlers are athletes: Bowling takes a lot of mental discipline, coordination, muscle memory, and physical skill and precision — all of which are hallmarks of athleticism. And it’s featured on Wii Sports, which is oriented around athletics, so that’s got to be worth something.

Why bowlers aren’t athletes: Any sport that most people play drunk, with disco lights flashing, Def Leppard blasting and in borrowed shoes… yeah, that’s not the sign of a great athletic pedigree. Also, too many of the professionals have giant mustaches and matching bellies. At least baseball only has a couple of those left.

Why professional wrestlers are athletes: Pro wrestlers are in spectacular shape (other than guys like Bastion Booger or Earthquake) and execute incredible leaps and lifts. Pro wrestling involves serious conditioning for endurance and a ton of technique.

Why professional wrestlers aren’t athletes: Even Vince McMahon doesn’t call pro wrestling a sport, he calls it sports entertainment. The matches are pre-determined. Can wrestlers be athletes if they’re competing in a self-professed non-sport? Isn’t it just a muscular, tattooed ballet?

Why race car drivers are athletes: I couldn’t come up with any reasons on my own, so I Googled this question and found a four-year-old opinion piece from NBC Sports where the writer argued that NASCAR drivers ARE athletes.”[R]acing a stock car with an average interior temperature of 120 degrees for 500 laps at speeds that can border on 200 mph takes superior hand-eye coordination, depth perception, courage and physical fitness.”

Why race car drivers aren’t athletes: Because they’re driving cars. I drive a car almost every day. I do not feel athletic doing so. I have also driven a car very fast. That did not make me feel athletic either, just nervous. (But dammit, we made it from San Francisco back to L.A. in like four hours.)
Even racing superstar Kyle Busch couldn’t offer up a particularly strong “we’re athletes” argument when ESPN asked him this very question. Quote, “I mean, our job entails us sitting on our ass and not doing a whole lot besides moving our arms and legs. But we sweat an awful lot and work awfully hard. I don’t think you could just jump up off the couch and do this. You’ve got to be at least somewhat in shape.”

Why golfers are athletes: Golf may require more concentration than any other sport in the world. It requires an infinite amount of technique, practice, training, hand-eye coordination and God-given talent. I wouldn’t even dare think that Tiger Woods isn’t a world-class athlete. Oh, and for many, many years, golf establishments wouldn’t let black people play. That’s a good sign golf is about athleticism: When white people hide behind racism in a weak attempt to keep black people from discovering a sport (and thereby, eventually, dominating it to the point where white competitors become nearly extinct). See ball, basket or ball, foot for examples.

Why golfers aren’t athletes: Five-year-olds, Orka-looking dudes and senior citizens wearing hitched-up plaid pants can all play it competitively. Plaid pants do not an athlete make.

Why hunters are athletes: Shooting a gun accurately at an (often) moving target is extremely difficult and takes years of practice. It takes focus and training. And… um… it takes place outdoors…?

Why hunters aren’t athletes: Hunters aren’t athletes because they’re shooting a gun at an unarmed animal. Hunting is just hide-and-go-seek with some animal murdering thrown in. That’s not athletic. At least in paintball you’re not just shooting, you’re also getting shot at.

I’m probably a bad person to ask about this though. I’m not a gun fan at all. Of all the issues on the political spectrum, I’m pretty sure it’s the one I’m most bleeding heart hippie liberal about. That and abortion. Abortions for all.

Why competitive eaters are athletes: They have to train their bodies to do what they do. All that stomach stretching ain’t easy.Oh, and during one of Takeru Kobayashi’s record-setting hot dog eating displays a few years back, the commentator (who also happens to run the International Federation of Competitive Eating) was shouting “He’s one of the greatest athletes in the world!”

Why competitive eaters aren’t athletes: Because jamming 60 hot dogs and buns into your mouth in 12 minutes is not an athletic feat. It’s just disgusting. Just because people are competing in something doesn’t mean they’re athletes… and saying otherwise is incredibly syllogistic reasoning.

Why billiards players are athletes: All the same blah blah blah above about concentration and coordination and all that is not the evidence I’m going to point to. Nope… I’m going straight for their doping scandal! See! Billiards players use the same performance-enhancing cheating techniques as track stars, baseball players and riders in the Tour de France!

Why billiards players aren’t athletes: They’re shooting pool. The best pool players are generally nicknamed after geographical locations and/or their massive size. It may be physically impossible to break a sweat during billiards.

Why bodybuilders are athletes: They lift weights for hours every day, have insanely low levels of body fat, and their competition is purely physical.

Why bodybuilders aren’t athletes: A bodybuilding competition isn’t a sport, it’s a pose-off that requires absolutely no perceivable skills other than strategic lat popping. And no athlete should ever have to be that oiled up to handle competitions. (Except for greased pig catchers, who are indisputably athletes.)

Why poker players are athletes: I never, ever would’ve considered it a sport, but someone in Bristol, Connecticut, does. ESPN devotes more TV time to poker than it does to hundreds of other sports, most likely including hockey, boxing and tennis.

Why curlers aren’t athletes: Because curling is shuffleboard on ice. And shuffleboard isn’t a sport. Even the nursing home set is starting to give up on shuffleboard because it’s not competitive enough. Because the guy who sweeps up in the supermarket isn’t an athlete, and his sweeping is at least as difficult as the curlers’. Have you ever tried to sweep up a broken jar of honey in a crowded grocery store? Avoiding that situation is about 85 percent of the reason I went to college.

Why bullfighters are athletes: A matador has to be in shape to gracefully avoid a pissed off, charging bull. He has to be brave. He has to know how to efficiently use a sword. And he has to do it all dressed up in a crazy costume.

Why bullfighters aren’t athletes: No matter what Ernest Hemingway tells you (in case his ghost visits you in a dream or something), bullfighting just doesn’t feel very sporting to me. Everyone knows how it’s going to end — with the matador stabbing and killing the bull. Yes, there’s tension leading up to that point, but is a man with a sword against a caged bull really athletic competition?