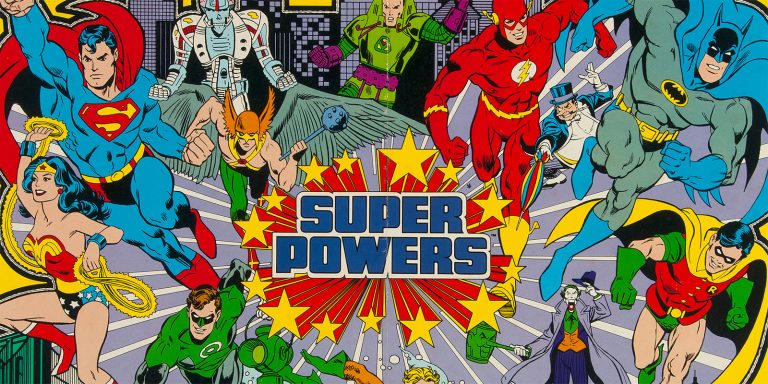 Basic flaws in everyone from Iron Man to the Hulk to Slimer to Zack Morris.

The best part about science is that it ruins everything you dream about. (The second-best part is the baking soda volcano.)

Here are 11 superheroes who should be dead — or superpowers that shouldn’t work — because of some pretty basic science. I say basic science because I forgot everything I ever knew about complicated science about two days after taking the AP Physics test.

There are a bunch of flaws with the Iron Man suit — like the tremendous amount of energy it would take to propel — but the big one is that it’s just a guy in that relatively thin suit. When he makes a sharp turn in the air, the g-force would be strong enough to make him explode inside of the suit. When he accelerates toward the ground, his blood vessels would tear and cause massive internal bleeding. And when he slammed into the ground or a wall, the suit couldn’t absorb enough of the impact to keep him from splattering inside of it. None of those three outcomes is particularly conducive to Robert Downey Jr. making a pithy comment, however.

This only refers to the Tobey Maguire Spider-Man character, who has the web shooters appear in his forearms (rather than other Spider-Men who didn’t attain web-making ability and built their own web slinging devices). Most spiders don’t shoot webs out of their limbs; they shoot webs out of their butts. That would’ve been a whole different movie.

His suit is made of some kind of magic mysterious material so he doesn’t burn up or explode when he’s outrunning Superman or a monorail. Unfortunately, it doesn’t account for his organs sloshing around inside of him — and the friction and inertia smashing and burning them up.

If Wolverine ever ended up in the ocean… or even a deep swimming pool… he would sink to the bottom. Eventually he’d drown and die, only he can’t die, so he’d stay alive. Then he’d drown again. Then not die again. And that cycle would repeat until either someone rescued him or the world came to an end.

The problem with invisibility is you’d also be blind. (And since spying on people is really the entire point of invisibility, that’s not a particularly good trade-off.) You see things by having light hit your retinas. Light passes right through transparent objects (or, in another explanation for the power of invisibility, it wraps around the invisible person). In both cases, blind. And then you’d need an invisible seeing-eye dog, although he too would be blind.

I guess I can buy that vampires have super jumping and fighting abilities — but their sexiness is questionable. Without blood, that means… no vampire erections. And sure, Twilight is PG/Utahan sexy, which means a lot of arm touching and hugging — but eventually, the situation is going to call for an erection and there’s no way a Cullen can sparkle his way out of that one.

The first time you flex your super strong muscles? You snap your bones. Then you’re stuck in the hospital recovering with nothing to watch but The Incredibles.

My issue with walking through walls might not affect a ghost, but there wasn’t really any other character I liked who had the ability to move through walls. (Other than, apparently, The Flash again. That guy might be a more versatile superhero than Superman.) The big problem with being able to walk through walls is… what’s also stopping you from falling through the floor?

Magneto’s problem are Newton’s laws of motion. Whenever he (meaning Magneto, not Isaac Newton) magnetically lifted an object, by law it would apply force to him in return. So if he lifted a car, the pressure back on him would probably break him in half.

The Hulk really shouldn’t exist, because the gamma rays that turned Bruce Banner into the Hulk definitely would’ve killed him. As soon as he was hit with the gamma radiation he would’ve either burned up immediately or turned him into a shell of a human being rapidly of radiation poisoning.

Of course, that science stops the Hulk before he could even start. So if you want to look past that and find a different scientific flaw, how about his unbreakable pants?

Why Gonorrhea Is Stronger Than Thor

11 Random Thoughts on The Avengers