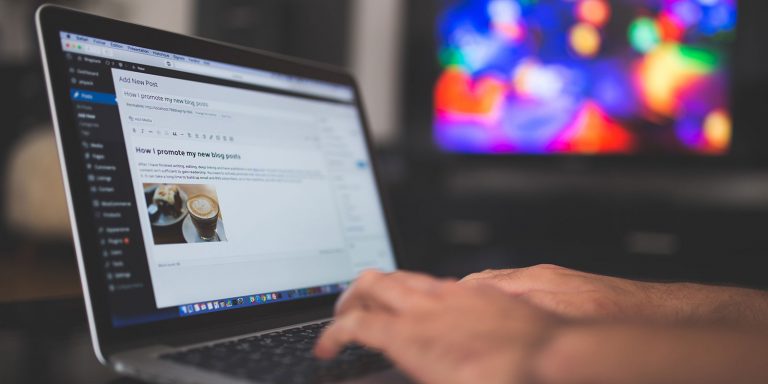 Once upon a time, I had a blog. I wound up quitting almost two years ago, but now, I’m diving headfirst back into blogging. Here’s how I’m going to do it differently this time.

I started blogging in May of 2001, back before blogs were blogs. Well, sort of. I mean, I used Blogger, so someone was calling them blogs, but blogs weren’t a “thing” yet. I stopped blogging in November of 2006. Now I’m back. Here’s what I learned…

It’s fun when people would read what I wrote and talk to me about it. It’s an incredible chore when you’re sitting in your room at 3:00 A.M., knowing you need to post something tonight because you haven’t posted all week and the only thing you want to write about is how you’re sick of Law & Order: SVU focusing so much on Mariska Hargitay’s character’s issues all the time so Ice-T just has to stand there with his hand on his genitals doing nothing… but you can’t write that because you know no one wants to read it. (2018 Sam says: It’s fitting that I opened with a L&O: SVU in my very first point, because it would become one of my go-to references over the course of the next decade. And it turns out people did kinda want to read about it.)

2 | I didn’t realize when I started this, but having a blog about your life is the single best way for people to keep tabs on you

As a result, some friends started calling my old blog the “World’s Biggest Cover Story”… because half of the posts were lies to keep people from knowing what I was really doing.

3 | When I started my blog, I figured I’d build an audience over time

After more than five years, my readership never really extended out of my friends and family. I’m hoping this time around, I can reach a broader audience. Like someone who doesn’t know me. (2018 Sam says: And I would do that, roughly one year after this debut post. Over the subsequent decade, I’ve kind of let that amazing audience atrophy, but hey, getting enough of an audience to bleed was really most of the battle.)

4 | Maybe this is me being stodgy, but I hate all of the blog accoutrements that everyone loves

I don’t really like blog comments. (2018 Sam says: Truer now than ever.)  I don’t even know what blogrolling means. (2018 Sam says: Still don’t.)  I’m not sure if I’m going to set up an RSS feed for this. (2018 Sam says: I eventually did, and now love and adore and rely on other people’s RSS feeds. I wish it were still a big deal.) I just want to write, and have people read it. I like participating in some aspects of technology while completely shunning others. It’s called man’s free will.

The Internet is a big, permanent place. I don’t need everyone knowing my intimate details.  I even once got an angry e-mail asking me, “Why don’t you ever write about how being a comedian gets you laid?  Your blog sucks.”

Although it’s probably slightly more seductive than being a mime.

7 | I’d rather blog nightly than sporadically

I found there’s a lot of momentum involved.  And, if I know I’m writing something every night, I feel a lot less pressure to make what I write totally epic every time.  That being said… I’m not going to blog every night.  I got a lot to do.  I have like 6 episodes of Scrubs and the last three So You Think You Can Dance episodes just begging for my attention on the TiVo. (2018 Sam says: I’ve posted daily at various points but, yes, I more or less stuck to my promise not to write daily. I can’t confirm if I ever watched those episodes of Scrubs or SYTYCD.)

8 | Blogging software is more trouble than it’s worth

At least for me.  It takes forever to set up, it never customizes right and every time I want to tweak something I have to spend five minutes re-acclimating myself to it.  So I built this blog from scratch.  Chef Boyardee was sitting there, but I decided to be the old school Sicilian woman who makes her own noodles. (2018 Sam says: I held off longer than basically anyone else in the blogging universe, but earlier this year I finally converted to WordPress.)

9 | I will never win any blog awards

Because The Man set up the system to work against the little, independent blogger like me.  I’m like the Kanye West of blog awards shows.  Just wearing fewer pastels. (2018 Sam says: Well, if there ever were awards for blogs, it’s true that I never won one. As for the pastels thing, I would totally wear them if I could pull them off, but with my complexion which I’d describe as “embarrassed marshmallow,” I more or less can’t.)

10 | This is my first post, and I’m already having trouble making it to 11

Why couldn’t the domain name 8points.com have been available?  Damn you, domain parkers.

11 | All neurotic whining aside, blogging really is the best platform that a writer can have

Because no one can edit me or tell me what to do.  And if I write something good, I can reach tens of millions of people.  My circulation is already better than The Economist. (2018 Sam says: It’s 2018. Blogs like this one are more or less dead.)

11 Things I Find Funny About Stephen A. Smith’s Blog

11 Points Gets a Book Deal!