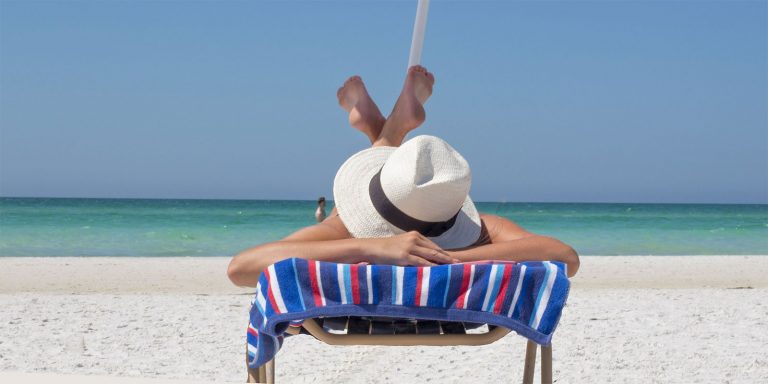 People used to use heroin as a common painkiller and doctors would recommend cigarettes. What’s our equivalent? Hand sanitizer? Diet Coke? Our cell phones?

A century ago, heroin was used as a common painkiller. Fifty years ago, you were weirder if you didn’t smoke than if you did. Twenty-five years ago, the government declared fat was bad for you and put us all on a high-carb diet. In retrospect, all three seem crazy. So what’s going to make people look at our “healthy” choices today and think we’re crazy?

I put on my “I told you so” pantsuit to predict 11 things we think are healthy or safe (or, at least, not unhealthy or unsafe) today that will shock and appall future generations. Here are 11 candidates for the heroin/cigarette/food pyramid of the 2010s.

One day people will be amazed that we would tell someone he or she had a “healthy glow” after stepping out of a tanning salon or off a marathon sunbathing session at the beach. That ain’t healthy. It’s the equivalent of those old ads where doctors would recommend Lucky Strikes as the healthy brand of cigarettes.

According to the Liberal Media, parents now slather their kids head-to-toe in Purell whenever they have even a fraction of a second of exposure to the outside world. That might be an exaggeration, as the Liberal Media is wont to do, but it’s based in something. We all love our hand sanitizer. Unfortunately, it’s ruining our ability to naturally fight bacteria. Hand sanitizer is turning our bodies into cowards.

I know that it’s just chemicals. I know a different study comes out weekly re-proving just how bad it really is — how it causes cancer in rats then eats their corpses and removes any rust from the metal cages they die in. Sad narf. But it’s the vice I’ve chosen and I feel on the continum of vices, it’s not THAT bad. And that’s how I justify drinking comical amounts of it daily. Self-delusional suspension of disbelief is an amazing thing.

Running is the default form of “good” exercise — “You want to lose weight? Hit a treadmill once in a while” — but that tide is starting to turn. Studies are finding that walking has the same health benefits as running without the devastation to your knees and joints, and that strength training and stretching can have more beneficial long-term effects. Running will never go away, but it could fall more out of favor. It could be our Jazzercise or water aerobics or strapping that old timey vibrating belt machine to your midsection.

There is a warning printed on every package of Q-tips that says, “Do not stick this in your ear.” Our collective response is to continue sticking them in our ears.

I think most people now recognize that “muffin” is really just a euphemism for “cupcake for breakfast.” But we’re still not willing to believe that “smoothie” is a euphemism for “fruity milkshake.” It is. Just because Jamba Juice throws in a protein boost or a virility boost doesn’t make up for an ungodly amount of sugar provided by a very, very distant cousin of actual fruit.

7 | A ton of different things related to cell phones

At least one of the following things IS going to cause an entire generation to have serious health problems: Keeping these devices emitting all sorts of waves pressed against our heads and genitals at all times… hunching over constantly… straining our eyes to look at the tiny screens… destroying our thumbs by typing… blue light keeping us awake and taunting our brains… and/or the mental health issue surrounding an inability to maintain civilized conversations without someone staring at a phone.

It’s still hard to believe something so very basic is so very lethal. So until chairs are outlawed, we’re all probably going to continue sitting for 90 percent of our days. Chair bootleggers are going to be amazing. And maybe Amish.

The last time I had a 5-Hour Energy I did not feel five hours of energy. I felt 24 hours of uncomfortable jitters and wondered if my heart was about to stage a revolution against me. Caffeine isn’t new, but caffeine plus a bunch of other stimulants to enhance its effects is quite new. It’s a seemingly not-so-big jump from morning coffee to morning energy drink to morning giant pile of meth.

It’s not clear yet whether injecting a mysterious toxic fluid into underground rocks to free their creamy oil centers is going to have significant effects on the surrounding water supply and air quality. As you’d expect, the oil people say absolutely not, the green people say absolutely yes, and the painted ponies go up and down. For the sake of this list, let’s say it might be like watering crops with Brawndo. Plus, regardless of the environmental impact, we now know fracking syllogistically causes gonorrhea. And that ain’t good.

11 | Corn syrup and refined sugar in everything

When they’re one day doing a postmortem on how Americans’ weights skyrocketed, corn syrup and refined sugar will be Exhibit A. There may not even be an Exhibit B. They may get sole credit. That’s how lethal this stuff is. It is Shakespeare and everything else making us fat is the room full of monkeys on typewriters.