Larry Flynt is most famous for Hustler, but his publishing company actually makes quite a few other, non-pornographic magazines.

It was a sign from the universe (or, at least, from the Island). First, in my desperate attempt to find any movies left to watch after having Netflix On Demand for three weeks, I found myself watching The People Vs. Larry Flynt. Then as I was falling asleep I turned on a random episode of The Simpsons and, in it, Lisa reads the masthead of Smothering Mother magazine and bemoans that her mom actually took parenting advice from a Larry Flynt Publication.

So I thought it’d be interesting to check out magazines put out by Larry Flynt Publications that aren’t Hustler, Barely Legal, Taboo or anything else sexual. Sounds simple, right?

It was not. At all. There is no unified list of all the Larry Flynt magazines past and present anywhere, Internet or otherwise. It’s as if they have something to hide. I even called their office and asked for a list — and was told they could possibly “put it together for me.”

So I pulled out every trick I had — from reverse IP address tracing through scouring LinkedIn resumes — to dig up the best non-sexual Larry Flynt Publications (here forth abbreviated LFP) of past and present. Here are 11 of my favorites. 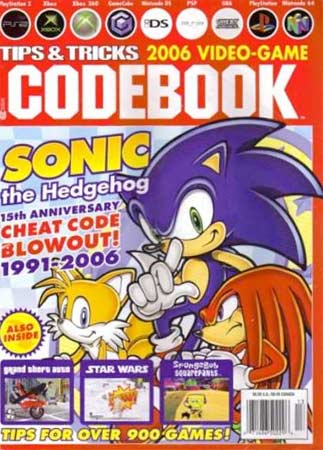 Tips & Tricks is one of the few smutless LFP magazines that’s still alive. (The magazine industry has been hit hard and smaller niche magazines seem to really be taking it on the chin.) 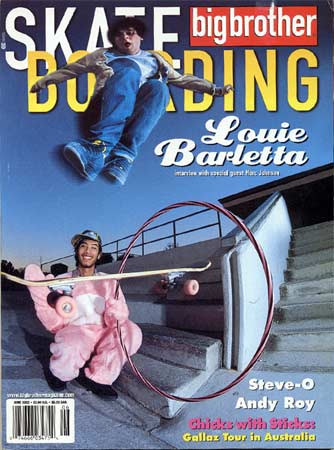 This was a pioneer of skateboarding magazines, and gets credit for promoting and gospelizing the skateboarding subculture. I’m not a member of that particular subculture but I know it involves wide shoes and jumping gorges.

Anyway, this magazine garnered particular attention when Dr. Laura caught her son reading it… she leafed through it… declared it was “undercover pornography”… and sued a store for carrying it. The suit was dismissed, the store countersued for her besmirchment and she ended up paying an out-of-court settlement.

LFP pulled the plug on the magazine in the mid 2000s. Meanwhile Dr. Laura is still on the air every day doling out tough love and reminders that men are the kings of the household. So she got the last laugh, I guess. (Which might, incidentally, be the first time in her life she’s laughed.) 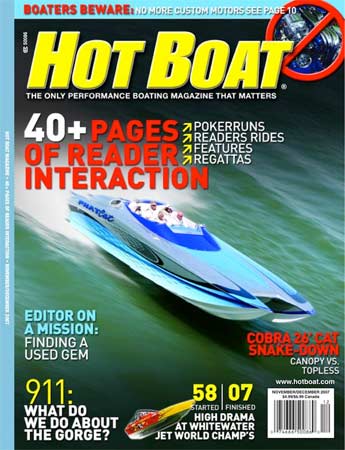 The crime solving boat! Hot Boat magazine was dedicated to powerboats and seems to have gone under last year. There aren’t many traces of it left online — outside of powerboat enthusiasts bitching that they prepaid for subscriptions. Fortunately, their MySpace page is still alive and well — which I’m sure their eight remaining MySpace friends will appreciate. (Even though their MySpace page contains nary a single sparkly graphic.)

4 | Jackie: The Last Lady of Camelot 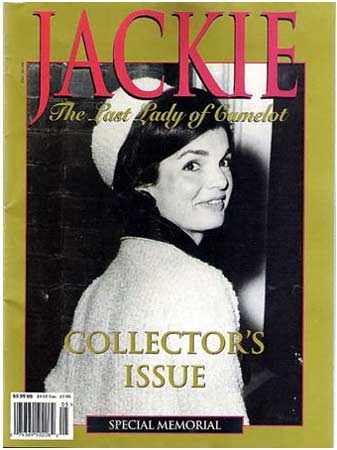 I found this to be the most surprising LFP of all. Hustler actually vaulted into popularity in 1975 because it published nude paparazzi photos of Jackie O. (It used to be a big deal to see celebrities naked. Especially former first ladies. Although I did hear that Eleanor Roosevelt wanted to do a spread for Juggs.)

I just had no idea that 19 years later, when Jackie died, LFP decided to cash in again by putting together a magazine retrospective about her life. I just can’t believe they’d do something that feels so dirty. Seems totally out of character. 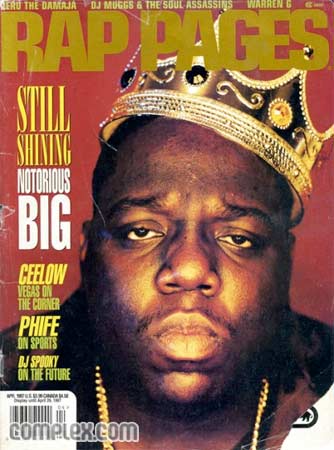 This magazine still exists (seemingly in online form only), though LFP no longer controls it. According to reviews, amazingly, this magazine managed to have some actual street cred in the ’90s. It was considered the West Coast’s rebuttal to the East Coast’s Source magazine. (Naturally, the best cover I found online was of Biggie. I guess they weren’t quite that committed to the East-West rivalry. Kids, for more on rap in the pre-ringtone and pre-duets with Justin Bieber age, consult your local library.) 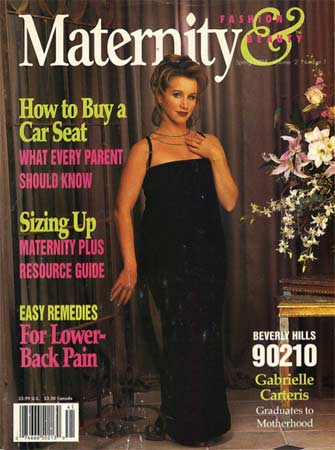 In 1993, Kathie Lee Gifford did an interview with this magazine to promote her line of maternity clothing… then she found out who the publisher was and freaked out.

And therein lies the rub for Larry Flynt magazines — you could do Pulitzer-worthy journalism but you’ll never transcend the fact that it’s occurring within a Larry Flynt Publication. It’s like having an Oscar-worthy performance in a Spy Kids movie — no matter how good you are, you can’t transcend the stigma. 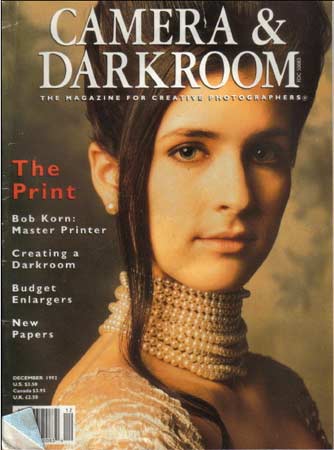 Yet another dinosaur of a magazine that has gone to the big magazine graveyard in the sky. (Although it would’ve been a real shock-the-word situation if somehow this magazine was still alive while all the other ones died.)

I feel like darkrooms have really become antiquated in the digital camera era — all of them have long since converted to meth labs. But back when I was in high school, I loved going into the school’s dark room, smelling the intoxicating chemicals and trying to figure out which couples were hiding in the shadows groping each other. 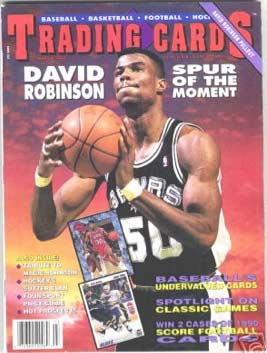 This one is special to me because it’s the only magazine on this list I owned. It was the early ’90s. All of us stupid kids were swept up in the baseball and basketball card craze. Shawn Kemp NBA Hoops rookie cards were as ubiquitous back then as Shawn Kemp offspring are today. And there was only one magazine sating our ravenous passion for cards. Beckett.

So LFP jammed into the market to try to get a piece. The magazine died when the card craze died — oh, approximately two or so years later. But for a minute there, LFP had successfully capitalized on the fad. (If only they’d had the editorial vision to make a magazine called Wayne’s World Quotes they REALLY could’ve grabbed us.)

9 | Code: The Style Magazine For Men Of Color 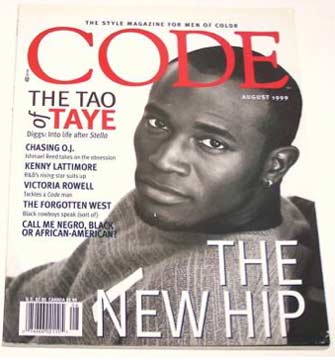 I know this one went under quickly but I hope it was alive during the Cosby Show era so it could recommend that “men of color” wear “sweaters of color.” 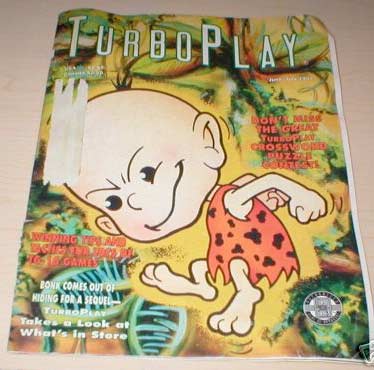 In this analogy, Nintendo is Playboy and Sega is Penthouse. Both TurboGrafx-16 and Hustler tried to find their places in saturated markets by offering something different — higher-quality graphics and raunchier hardcore vag photos shot from two inches away using a telephoto lens, respectively. Neither one was able to ride that niche past its competitors. And both featured a lot of Bonking.

To the best of my understanding, they would take pages and coupons out of mail-order catalogs and compile them into one bimonthly mega-catalog. You’ve got to REALLY love catalogs to subscribe to that. Frankly, in retrospect, people should be more embarrassed about subscribing to this than subscribing to Hustler.