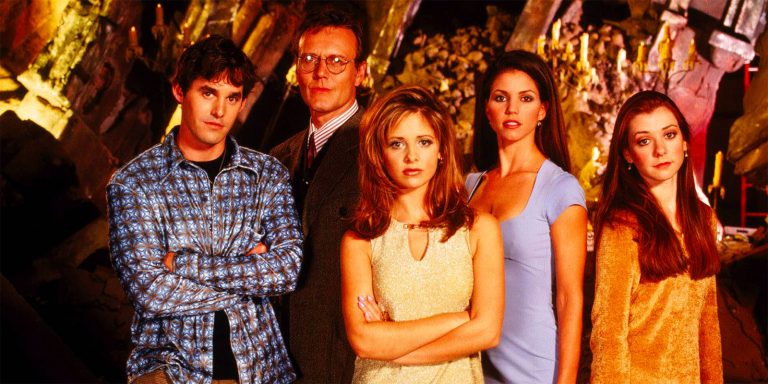 Before a TV show makes it to air, it passes through roughly 750,000 levels of bureaucracy (because everyone knows bureaucracy is the best way to achieve creativity). A good chunk of those people is dedicated to brainstorming a super-duper catchy title for the show.

Unfortunately for them, sometimes their brainstorms are leaked.

This list features 11 famous TV shows that almost wound up with very different titles — all of which are worse. (That ’70s Show is worse than its alternate.) I’m not focusing on shows that changed titles once they were rolling, like Good Morning, Miss Bliss becoming Saved by the Bell. I’m talking about shows that almost debuted with entirely different identities. Check ’em out…

Grey’s Anatomy — which gets the One Tree Hill Memorial “Holy Shit, That’s Still On?” Award — is actually a pretty cool title. The generic, one-word Surgeons sounds like either a bad afternoon soap opera or your friend’s sketch troupe’s zany web series you swear you’re really planning to watch.

2 | Friends was almost Six of One, Across the Hall or Insomnia Cafe

The real scandal: Does that mean Central Perk was almost called Insomnia Cafe? But the puns!? Won’t someone think of the puns?

Just think. If they’d stuck with the original title, we couldn’t have spent the past five years using the pun, “I can’t believe how much time I LOST watching that show.” Instead, we’d be saying, “I can’t believe I devoted 100 hours of my life to a show that went absolutely NOWHERE.” Which doesn’t punch quite as hard.

Teenage Wasteland would’ve been a way less cheesy title. Although it would’ve forced CSI: New York to reach even deeper into The Who’s catalog to find a theme song. You were sooo close, Pinball Wizard!

Oy! You couldn’t have squeezed six seasons of drama when everyone in the emergency room has pain in the schmeckle or an inflammed glayven. (Plus everyone’s health insurance is totally paid up.)

I love Sunny‘s title because it’s a convention-bucking title for a convention-bucking show. I don’t think it would’ve inexplicably survived for the 4+ years it took to get popular with the title Jerks; that title has “Ambiguous One-Word Marketing-Friendly Title Graveyard” written all over it.

They toned down any potential salaciousness by naming the show after the real name for the sex crimes unit. At least I assume that’s the real name. I really gleaned all of my knowledge about the New York justice system from Law & Orders. I have even gotten good at guessing how much the judge will say for bail in spite of the ADA-du-jour desperately begging for remand.

8 | Roseanne was almost Life and Stuff

In the late ’80s and early ’90s, sitcom titles were either a comedian’s name or a very short, vague, meaningless phrase. Looks like Roseanne Barr successfully managed to lobby out of the latter and into the former. She really won the lottery on that.

9 | The Big Bang Theory was almost Lenny, Penny and Kenny

The show dodged a real bullet, that title is horrible. I like The Big Bang Theory. It’s smoothest title innuendo on TV. Unlike this proposed title…

I mean… really? How did they think that title would make it onto TV? It’s a play off chicks with dicks. It’s not thinly veiled or a clever pun. It would only work if all the male characters’ names were Dick. Which they aren’t. If you want to be that over-the-top, you need to make it work thematically. Like, a Canadian sitcom about a Saskatchewan chicken farmer could be called Cocks in Regina. But if you set that show in L.A. and made it about four young singles, one of whom was a female named Regina, it couldn’t fly. That’s Chicks and Dicks.

11 Things I’ve Learned From Watching Way Too Much Law and Order: SVU