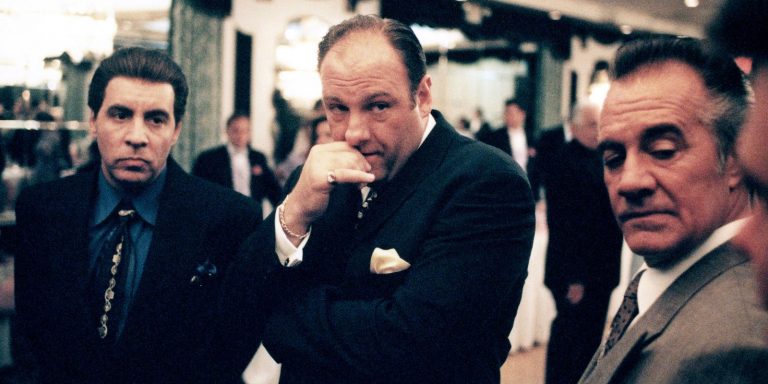 There’s too much good TV to watch it all, but here are the shows I really want to like — I just haven’t.

A lot of times, I’ll hear a lot about a TV show and think, “Ya know, I’d probably like that show a lot.” And sometimes, thanks to the great strides in TV shows on DVD and the Internet, I’ll be able to catch up. The Shield, It’s Always Sunny in Philadelphia, Veronica Mars, Entourage, Dexter, Scrubs, Lost, Heroes, The Wire… I came in on all of these late, caught up and fell deeply in love.

But there are also just a ton of shows I’ve never been able to get hooked on. Here are the 11 that stand out the most in my mind.

People are always shocked when they find out I’ve never even seen a second of The Sopranos. Shock might not even adequately describe it. They just start curiously examining me, like, “Sam always seemed like such a normal guy, but something must be wrong with him.”

I’m not adverse to watching The Sopranos. But my style of watching a TV show is to watch every episode, starting from the beginning. I don’t like to come in late. So if I’m going to watch this, I’m starting from season one, episode one. And I just haven’t ever been able to amp myself up enough to devote 100 hours of my life to watching the entire Sopranos run. So, until that day arrives, it’s going to stay on this list.

I’ve always prided myself on being extremely pop culture savvy. But, around age 26, I ran into a huge interpersonal conflict: I wanted to keep my finger on the pulse… but just couldn’t handle watching vacuous, self-absorbed, immature morons talk about their “like, huge problems” on MTV. I couldn’t do it. I completely dropped MTV from my life.

So, yes, the pop-obsessed side of me wishes I knew what people were talking about when they blather on about Spencer and Heidi and Audriana… but the rest of my brain thanks me for sparing it from the banality and idiocy.

I like the Daily Show when I watch it. They do an excellent job at what they do. And Lord knows today’s news needs a piece of the fourth estate like this to tear it down in an intelligent, humorous way the day it comes out.But I just can’t get myself to watch it regularly. I set a TiVo season pass and the episodes just pile up. Until earlier this year, I think it was because I was working in the news so deeply, I didn’t need to ingest more news on my free time. And now, I’m still in that pattern… and I’m fine with it.

I have the Blockbuster DVD mail program thing where they mail me DVDs, then I return them at a store and get DVDs in exchange. And about four or five times, I’ve traded in DVDs to a Blockbuster and taken the first few DVDs of season one of Nip/Tuck. And they never get watched.

Which makes sense, I guess… since, while I do like edgy shows and I do like almost everything FX does, I have the world’s weakest stomach for watching plastic surgery. In fact, come to think of it, it’s completely ridiculous that I keep trying to watch this show.

6 | Dancing With the Stars

Once again, I like staying pop culture relevant. I also absolutely love So You Think You Can Dance — in my opinion, it is the best reality show on TV. But those two things just won’t coalesce in my watching DWTS. I think it’s because I watched one episode for a few minutes once, saw Emmitt Smith wearing a sleeveless green button down shirt slogging his way through some dance… and then getting some arbitrary scores from the judges. It just felt wrong. Also, boring. But wrong.

This is tough. As I just said, I love So You Think You Can Dance. But, as I wrote under The Hills, I never, ever, ever watch MTV. And it turned out my anti-MTV policy is stronger than my pro-dance policy. So this one never made the cut.

I liked the idea of the premise. I have friends who work on the show. But for some reason, I kept TiVoing them… and they just kept sitting there. Last year, I just did a lot of cutting TV shows… and almost no adding new ones. This was a casualty. I might try to catch up on DVD.

– I watched the pilot and I wasn’t impressed. Of all the procedurals out there, I was just so indifferent about solving cases by putting skulls together. It feels so contrived… like, every week there are going to be just enough bone pieces to solve the crime.

Like on The Simpsons, when the family is watching Knight Boat (the crime solving boat) and it’s chasing some bad guys. And the bad guys head on to land, but Knight Boat can chase them because there’s a canal. Bart and Lisa say “Every week there’s a canal. Or an inlet. Or a fjord.” To me, Bones is just like Knight Boat.

11 | Flight of the Conchords

It’s just a time thing at this point. I really like the clips I’ve seen. A lot. But until I can sit down and bang out the first season, I have to be the unhip guy who doesn’t get all the references… or worse, who has to pretend like he does when he really doesn’t. I hope someone gets me the season one DVDs for my birthday. I don’t like being a poser.