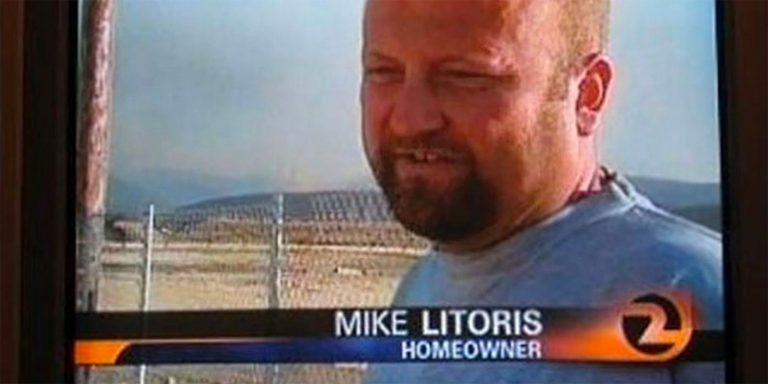 “And now let’s go to Mike Hunt for comment…”

This is a sort-of follow up to my list from August, 11 Very Unfortunate Mistakes On TV News Graphics. Today I’ve got more news graphics, but instead of errors, we’ve got names. Lots and lots of strange names. Some must be fake. Some are definitely real. But in some cases, it’s hard to tell which is which. 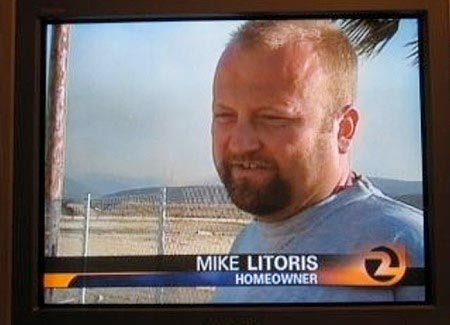 This one has to be fake, right? Besides the fact that Mike Litoris is one of the three most popular fake sexual names on every middle school playground in this country — there’s no way that a guy named Mike Litoris could get a mortgage. Someone in the chain of command would’ve flagged his application for giving a fake name. So the secondary part of the graphic actually clues me in that the first part is a fake. Oh, and the facial hair. That’s a raging clue too. 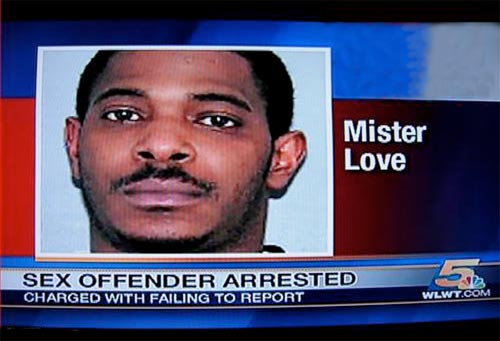 Well, with a name like Mister Love, you’re either going to be a sex offender on the lam or a former member of Dru Hill (or some comparable ’90s R&B group). He took option A. 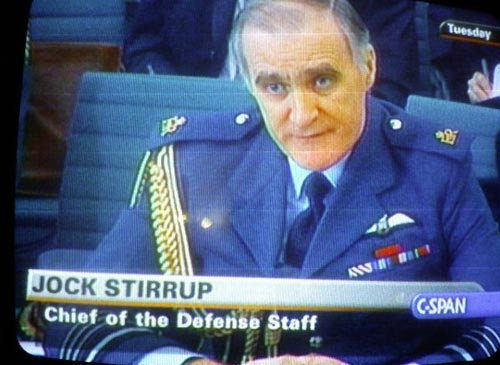 See, that’s what America needs in the Defense Department. Jock. Stirrup. Two symbols of manliness. Utah… two. No more Manicure Purplekulats for us! 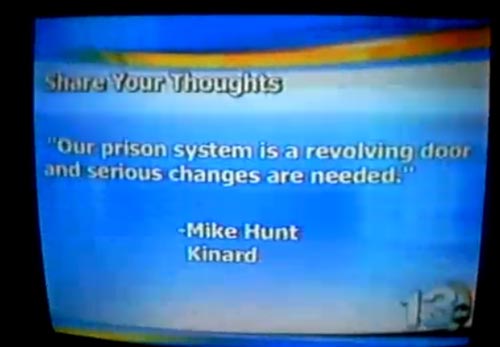 Mike Hunt’s thoughts on the prison system are surprisingly insightful. Not necessarily for the general populous — his thoughts are fairly obvious and predictable — but *extremely* insightful for someone who’d tell the news that his name Mike Hunt. 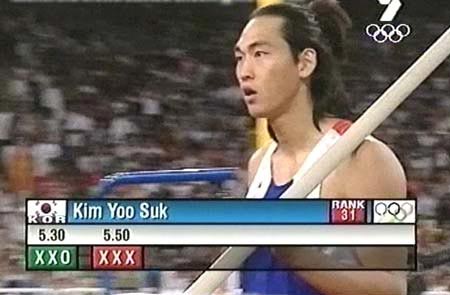 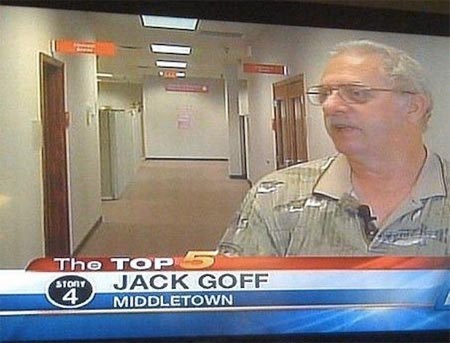 Now this one I think is real. Mike Litoris and Mike Hunt had to be fakes, but Jack Goff probably exists. It’s like Mike Litoris is Santa Claus, Mike Hunt is the Easter bunny, and Jack Goff is… well, I was going to say Jesus but that probably crosses some kind of line. So let’s go with St. Patrick. 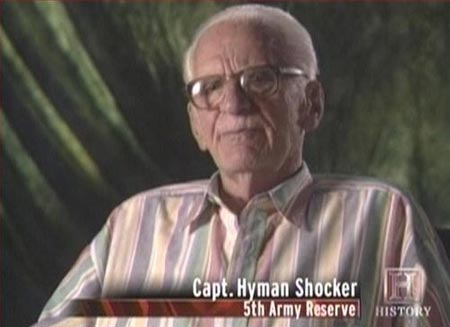 So it’s not officially TV news — it’s a History Channel documentary — but it would actually be a disservice to each and every person who reads this website if I’d left Captain Hyman Shocker off the list on a technicality. 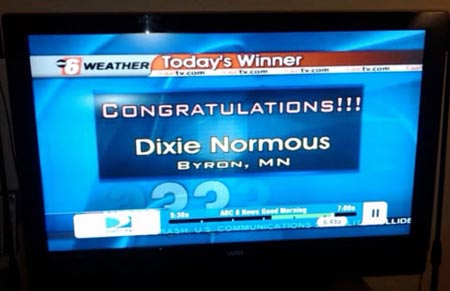 I’ve entered contests and 50-50 raffles and such with fake names before but I’ve never won one. This is what happens when you do. I’m not entirely sure what this local Minnesota ABC station was giving away (probably coffee mugs or, at best, tickets to a Kenny Loggins concert) but Dixie is going to have a hell of a time showing proof of ID to collect the prize. 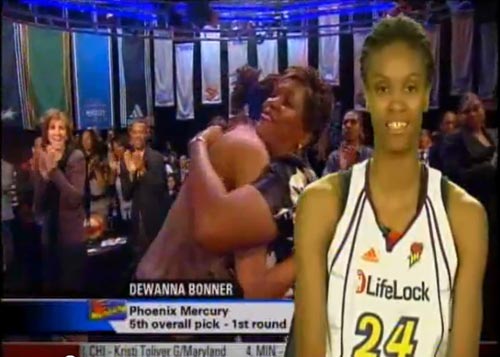 She’s 6-foot-4. The bonner you bring to the table had better be normous. 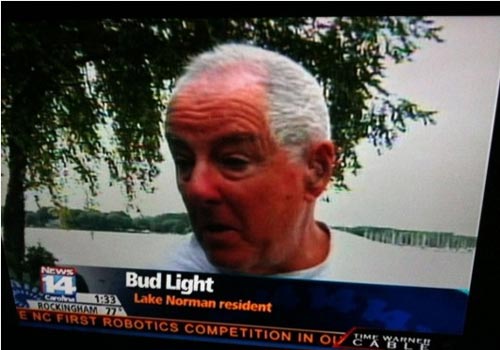 I can safely say that this is the only name on this list I’m jealous of. Although it really does kind of pigeon hole you. How can you ever really enjoy a Miller Lite or, gasp, an imported beer when your name is Bud Light? I was having a conversation with a friend about how a player on our college’s football team has the first name “Adonis.” We were talking about the incredible expectation you put on your child if you name him Adonis and not, say, Jeff or Wally. If he doesn’t grow up to be at least a college-level athlete won’t that give him an inadequacy complex that will dog him the rest of his life? 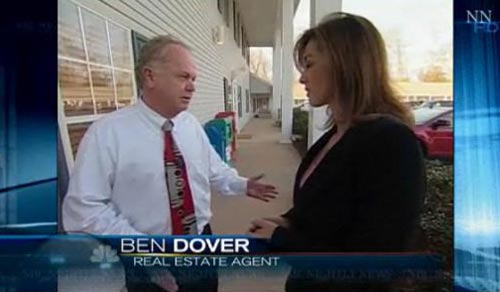 Even Moe Szyslak wouldn’t fall for this one.