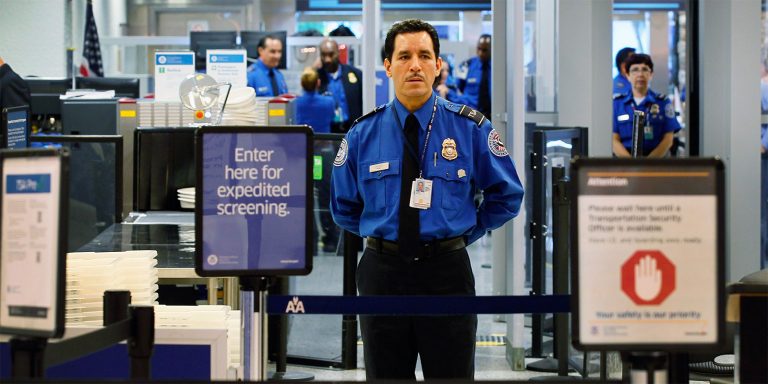 The TSA has policies to search or confiscate all sorts of random stuff — from the diaper on your helper monkey to that giant tuba you’re transporting.

I was not put in a full-body scanner.

Instead, I walked through the old X-ray machine, grabbed my bag off the conveyor belt and walked away. Nothin’.

Anyway, the body scanners and rubdowns are getting all of the buzz this holiday season — but I didn’t get to experience those. So I wanted to give some attention to some of the TSA’s lesser-known (and more peculiar) security policies. Here are 11 unusual security measures that the Transportation Security Administration currently has in place, all courtesy of their website, tsa.gov. 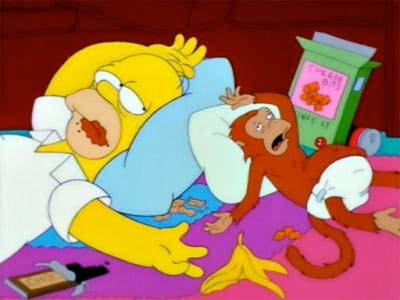 The TSA has a lengthy section on helper monkey policies here, highlighted by this important point…

The inspection process may require that the handler to take off the monkey’s diaper as part of the visual inspection.

Everything I’ve ever learned about the world suggests to me that nothing good can come from giving a monkey unobstructed access to feces. Not even a monkey butler (quite possibly the one who trains other monkey butlers) would want to clean up the TSA screening area after that.

From the section on alcohol…

Please note, you can’t take alcoholic beverages with more than 70% alcohol content (140 proof), including 95% grain alcohol and 150 proof rum, in your checked luggage.

In other words: If you’re going to visit the Everclear distillery (slogan: See an explosion or your money back!) don’t expect to fly home with a suitcase stuffed full of high-proof alcohol at hobo-friendly prices. 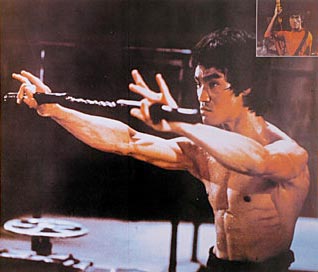 The TSA bans the genre of “martial arts weapons” but specifically calls out nunchakus. Ya know, between the ban on those and the ban on the most potent alcohols, they’re really making it hard for Michelangelo to be a party dude on a plane. 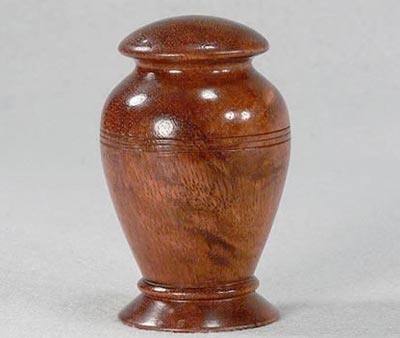 Flying home with an urn full of ashes is always going to be dicey. (Especially if you’re on an Oceanic or Ajira flight. ‘Cause those ashes are comin’ to life, son.) So how shall the TSA approach it?

Passengers are allowed to carry a crematory container as part of their carry-on luggage, but the container must pass through the X-ray machine. If the container is made of a material that generates an opaque image and prevents the Transportation Security Officer from clearly being able to see what is inside, then the container cannot be allowed through the security checkpoint.

The biggest problem with this policy: If his urn turns out to be opaque when they screen it, The Undertaker will be totally powerless on all flights, leaving himself wide open to attacks by Papa Shango.

5 | Half an unwrapped apple 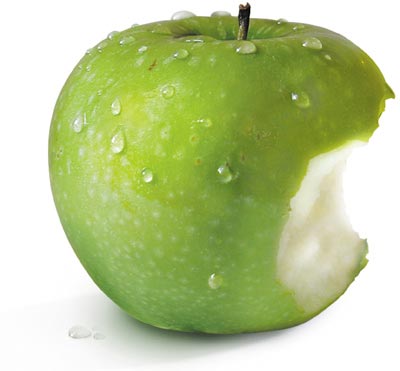 I thought you couldn’t bring food anymore, thanks to a shady backroom conspiracy between the TSA and the higher-ups at Cinnabon. But that’s not true…

What’s with the half-eaten fruit bias? Wouldn’t an evildoer be more likely to conceal something in an un-bitten fruit? Is this a safety precaution or a sanitation issue?

6 | Check your tuba, carry your harp 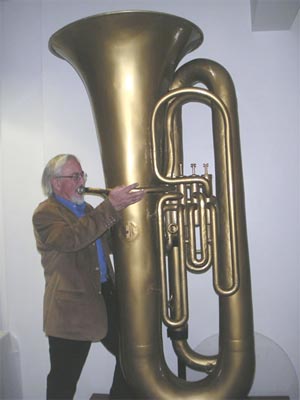 Yet another outside organization trying to stir the pot in the never-ending battle of brass versus strings. How many more transcendent musical prodigies need to die from a viola string around the neck or a flugelhorn to the sternum before we take this thing to Camp David? 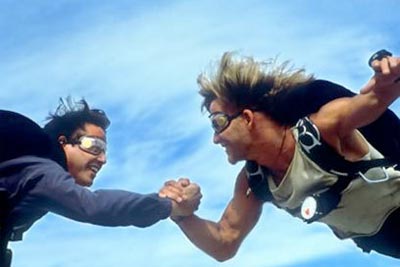 You may bring skydiving rigs with and without Automatic Activation Devices (AAD) as carry-on or checked luggage.

That’s right: Flying commercial is a Bring Your Own Parachute situation. But if you do happen to bring one — and you defy virtually incalculable odds of just-so-happening to bring a parachute on a plane that goes down — you better jump (not jerk off) quickly. Because you’re going to have a LOT of people trying to hang onto you for a ride to the ground. 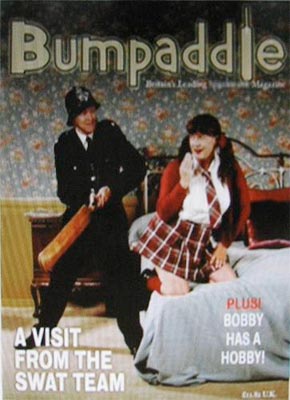 Not that someone working for the TSA has any idea what a cricket bat looks like (I don’t think they subscribe to Bumpaddle magazine). Along those lines, you could probably just tell them it’s a sex toy and get away with it. They’re really worried about any sex-related scandals these days. 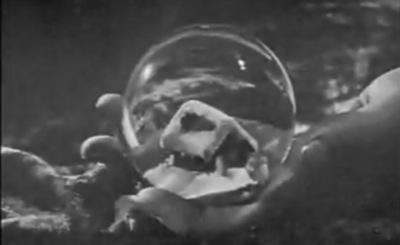 Snow globes and like decorations regardless of size or amount of liquid inside, even with documentation [are not allowed in carry-ons].

This must be devastating for the snow globe industry. If you can’t carry a snow globe as a carry-on and have to pack it, no matter HOW well you wrap it up, it’s getting broken. Your clothes will be covered in a stale-smelling liquid and covered in specks of glitter and miniature replicas of the St. Louis arch or the Golden Gate Bridge. Or — SPOILER ALERT — a sled. 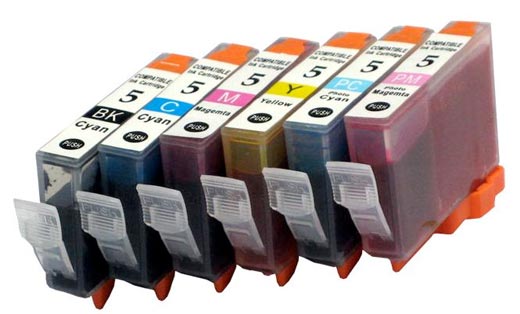 This is a new one.

[Other items banned include] toner and ink cartridges over 16 ounces.

Last month, terrorists were caught putting explosive-filled ink cartridges on a UPS plane headed from Yemen to Chicago… so now ink cartridges are banned. I can go in two directions here: (1) Talk about how reactionary security measures (like this one, the liquid one, the shoes one, etc.) are ineffective and play the lead role in Security Theater, doing nothing to prevent future attempts or (2) Make a dumb joke. Let’s go with option 2.

If you’ve got a 16-ounce printer ink cartridge, you won’t be going through airport security — if you can afford that much printer ink then you’re clearly a multimillionaire who can fly in your own private jet. 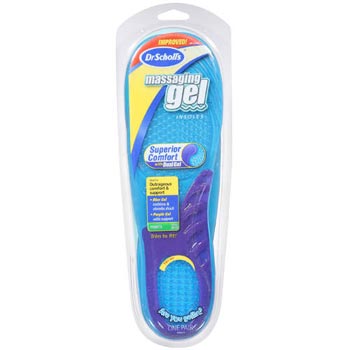 Gel shoe inserts are not permitted, but shoes constructed with gel heels are allowed and must be removed and screened.

So if you’re gellin’ like Magellan, don’t expect the opportunity to replicate his impressive travel itinerary.