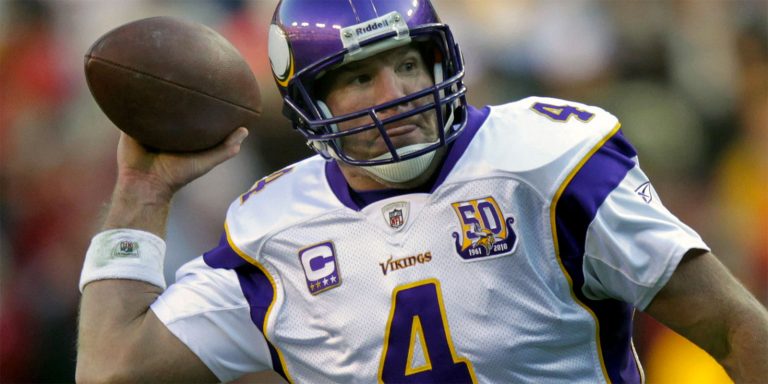 I recently did a list on 11 Unfortunate (and Possibly Fake) Names On TV News Graphics. People seemed to take a shine to it. During my search for that list, I found a bunch of these screenshots of different TV graphics from sporting events too.

This week I did some more digging and eventually found enough good ones to give them a list of their own. It’s like A League Of Their Own but arguably with more crying. (Well, one photo involves crying in baseball. So I guess they’re tied.) 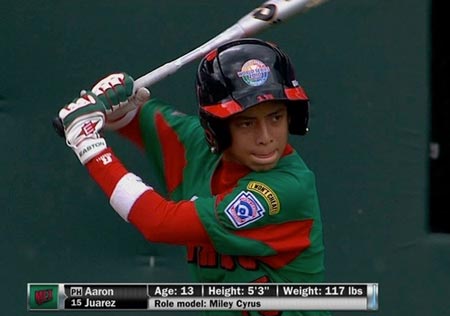 My GOD do I hope Aaron Juarez gets another crack at being on worldwide TV some day so he can get a mulligan. Because that chyron is going to haunt him for the rest of his life. 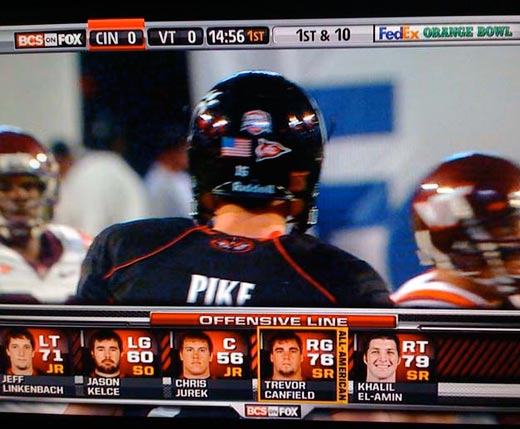 I’m surprised this didn’t start a conspiracy theory — FOX somehow replaced the photo of someone named “Khalil El-Amin” with the white poster boy for sporty Christians. Maybe they figured they could get away with it because no one would be watching #12 Cincinnati (11-2) vs. #21 Virginia Tech (9-4) in a BCS bowl. 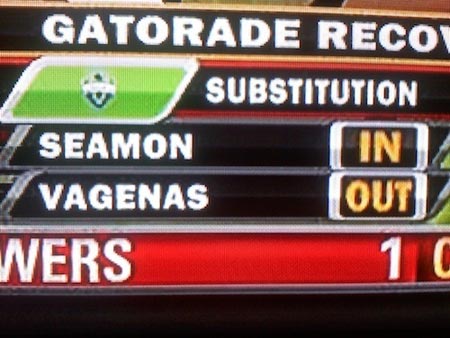 Whoa! Is that a soccer substitution or a party at Paul Lynde’s house?

(Honestly I have no idea who Paul Lynde is.)

(I was just trying to make a Simpsons-style joke that I would pretend I understood — and through context clues kind of understand — but not really understand.) 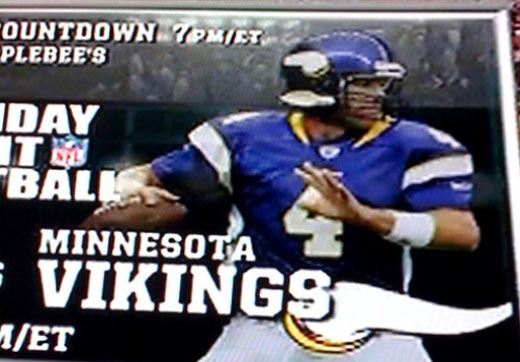 The best part about this graphic is that it was from last season… *before* Brett Favre’s actual Whitey penis became a part of the public record. 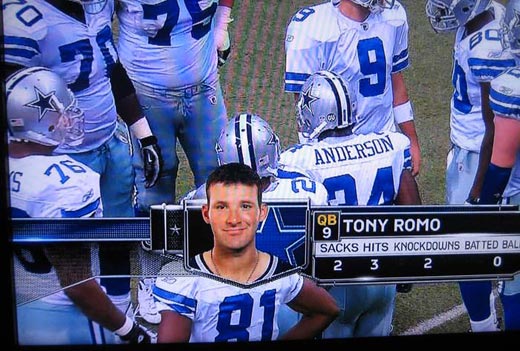 Can you imagine if they ACTUALLY put Tony Romo’s head on T.O.’s body? Wow. That hybrid would be so overrated that Dustin Hoffman and Barbra Streisand would sign on to star in its sequel.

6 | Golf is just a game full of double entendres

Frankly, it’s a testament to the sports media that this was really the only suggestive Tiger graphic I could find. It’s a sport that focuses on balls, holes, shafts, rough, foursomes, strokes, length, and easy lies. And if you’re a little more of the fetish type, doglegs, handicaps, and water hazards. 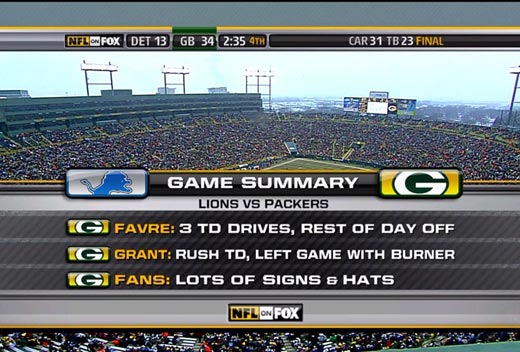 Who says that the fans aren’t doing their part to help their team? (Also, because this was back when Favre was still in Green Bay, he wasn’t having to take penicillin to clear things up when HE got a “burner.”)

8 | At least they have one golden (Super Bowl) ring 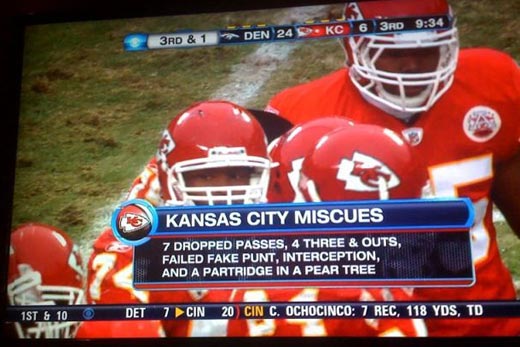 Can you even begin to comprehend how much “broadcast booth laughing” went on after this graphic came onscreen? They probably missed the next 15 plays. I wish that NFL broadcasters and studio talking heads would’ve come to my shows back when I used to do stand-up comedy. I would’ve thought I was a regular Rory Calhoun up there.

9 | Surprise, this is a screenshot from MSNBC 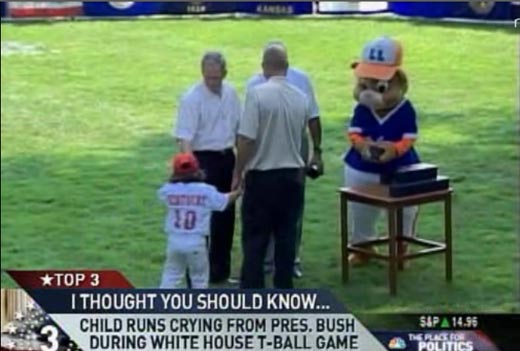 Typical liberal media spin. But, yes, this confirms that there is crying in baseball. Probably because this little kid heard that liberals were coming to destroy his family.

10 | What happens when Boston and New York combine their sports forces? 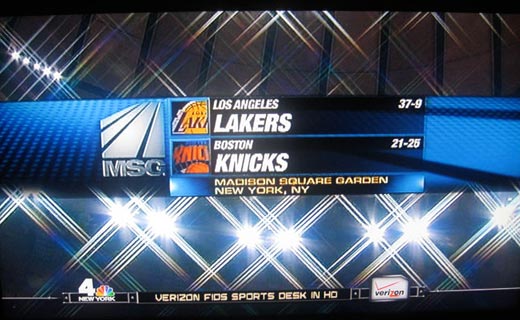 This screenshot really shows me how screwed up I am about sports right now. I look at that screenshot, presenting me a team that’s a hybrid of two of the cities whose teams I’ve roundly despised for my entire life… yet I’d still root for this unholy alliance to beat the Heat.

11 | Methinks someone here might’ve been subconsciously pushing an agenda… 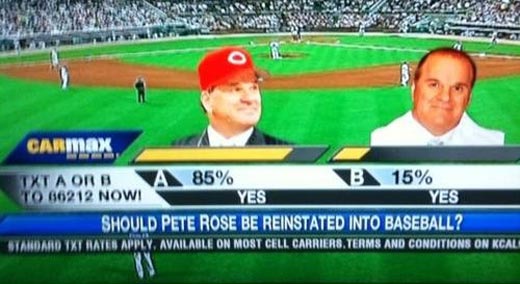