Vintage ads that will make you laugh or cringe or feel wistful, depending on how bad of a person you are.

I’ve been watching Mad Men very gradually over the past few months and the sexism in the office setting is so stunning that I had to try to get some other perspective on what that era was really like. And rather than talk to people — God forbid — I headed to the Internet.

Based on the vintage ads I found, Mad Men might as well be a documentary.

Social mores change over time, but it’s still hard to believe these were ever ok. Here are 11 mind blowingly sexist old advertisements that would never fly today. 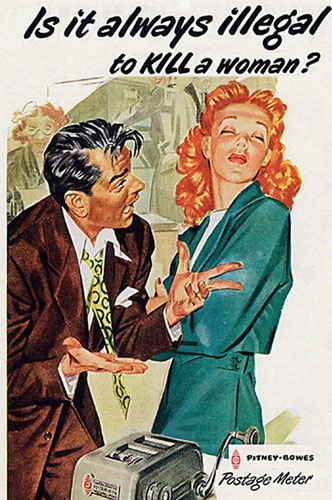 Well, not in self-defense. In defense of using a postage meter, yes — always illegal. 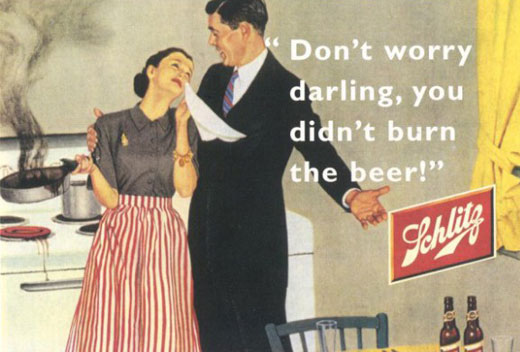 It’s good that beer ads have moved away from this antiquated form of sexism — housewife crying over burning dinner, comforted like a child by her husband — and moved into more modern forms — everyone wears bikinis and drinks beer while magically avoiding beer bellies. Who says society isn’t evolving? 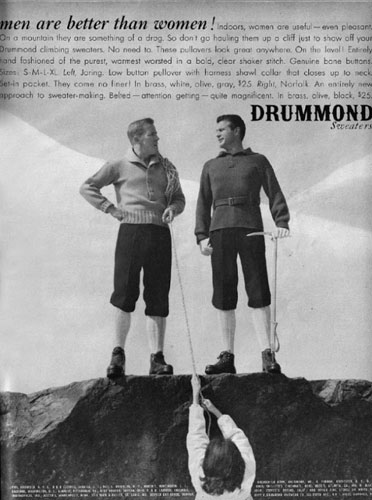 If men are so much better than women, why are they spending $25 — which is like $200 or so in today’s dollars — trying to impress them with their bourgeoise mountain man gear? 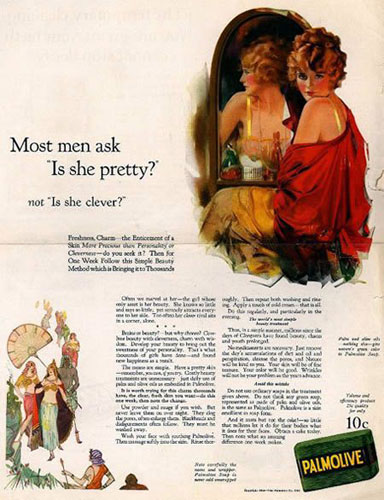 This really sums up the thesis statement behind most of these ads. That being said, men today still ask “Is she pretty?” before “Is she clever?”… just less proudly. (And also, the phrase “Is she clever?” has devolved to, “She smart?”) 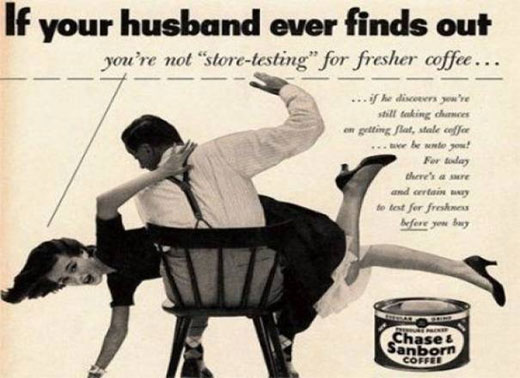 This might be the most jarring ad on the list because, ya know, it’s using wife beating to sell coffee. By the way, Chase & Sanborn still exists today, but it’s been spanked into near oblivion by Starbucks. 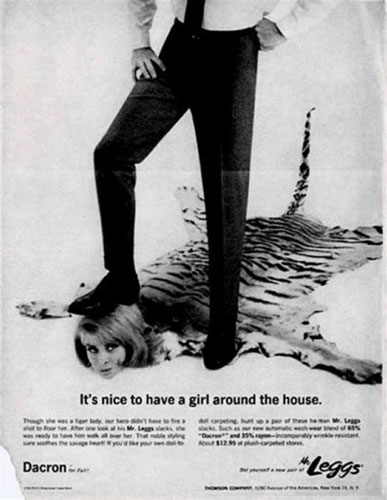 I can’t believe this guy shot a rare woman/tiger hybrid just to show off his very generic pants. The foot on the head is a nice touch. 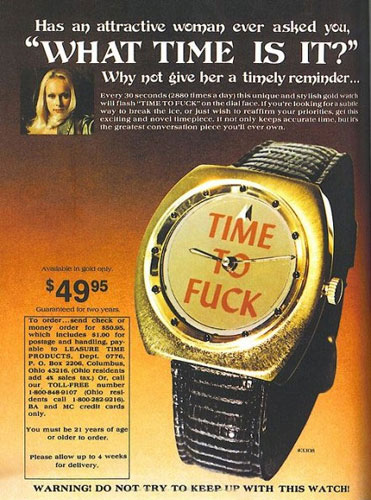 The ad sets up fairly sexist verbiage, but mostly, I felt like I had to include this watch to potentially inspire an enterprising person out there to start manufacturing them again. Every 30 seconds the watch flashes this crude, succinct, brilliant secret message. But when you do start selling these, try to go gender-neutral in the advertising copy. 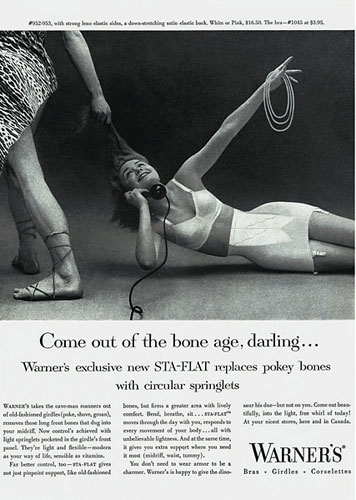 Why is the caveman wearing Roman sandals? And why is the woman talking on the phone? These anachronisms are offensive. 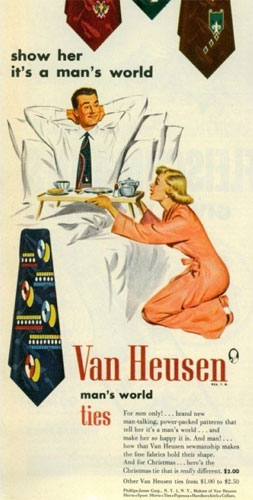 So if you wear a necktie to bed your wife will subserviently serve you breakfast? That seems like an awfully uncomfortable night’s sleep just for the sake of a power play.

First of all, they misused the apostrophe in their banner headline. Terrible. Second, it certainly seems like buying these mounted heads to show off your conquests is a particularly morbid way to make sure you never have sex again. For any woman who got to a guy’s house and thought a messy bathroom or an unframed poster was a turn-off, meet the guy with mounted female heads on his wall. 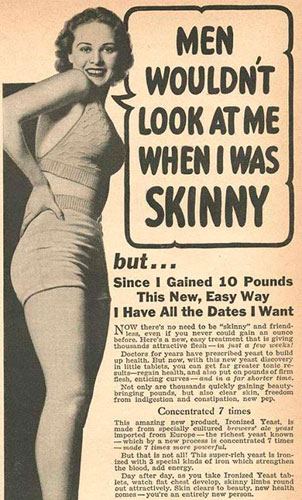 Unlike the other ads on the list, this one wouldn’t fly now because no ad today would ever dare to tell a woman not to be skinny. If anemic-level skinniness isn’t the endgame, the advertising industry of today would cease to exist. Today, the ad would say, “Men wouldn’t look at me when I was fat, but since I dropped down to 84 pounds, I finally have all the dates I want.”

Is Supercalifragilisticexpialidocious Secretly a Sexist Term?

11 Most Annoying Website and App Designs and Trends Today

On the 100th Anniversary of Women Shaving Their Armpits, One Biologist Says to Stop

11 Reasons Why You Should Stop Crapping On the WNBA