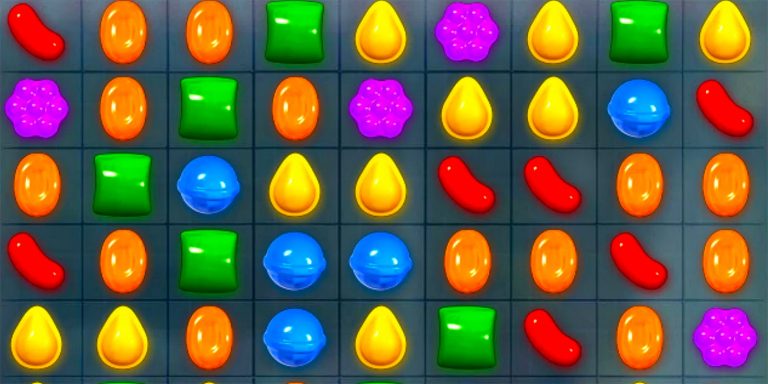 From non-free shipping to hotel wifi to bags at the grocery store, here are those little things I just don’t like buying.

Almost four-and-a-half years ago I wrote an 11 Points on 11 Little Things I Inexplicably Hate Paying For. It included bathroom attendants, ATM fees, items without the sale price tag at the grocery store and mp3s.

Here are 11 more little things I inexplicably hate paying for.

I don’t really like in-app micro purchases, but I think Candy Crush deserves its own specific entry. While I might be tempted to buy an extra life or power-up or whatever in another game, I’ll never do it in Candy Crush — specifically because I know Candy Crush is doing everything it can to manipulate me into spending money.

The parallels between Candy Crush and meth dealing are stunning. And if the game can just get you addicted and get you to break the seal on spending money just once… you’re done. I won’t do it. Candy Crush extra lives are a gateway drug to Candy Crush power-ups which are a gateway drug to becoming one of those local news stories about the guy who’s furious because Apple let him spend $25,000 on in-game upgrades. That will NOT be me.

Amazon has completely and thoroughly poisoned my mind. At this point I’m wildly offended at the notion of paying for shipping when I order something online. In fact, I think I’d rather — brace yo self — go to a store than pay for shipping. It’s become that much of an albatross.

It’s ingrained in all of us very early on that extended warranties are for suckers. In fact, I saw a documentary on TV that showed if someone hammers a crayon into your brain through your nose, the sign that it’s making you dumb is when you want an extended warranty.

I rarely ever see movies in 3D. I’ve watched the boring, 2-D version even though it’s only a few bucks more to be able to wear those glasses and have things kinda fly off the screen at you. And I like things kinda flying off the screen at me. It’s just that price jump from $12 to $16 (or, at some theaters around here, that jump up to $20+) that makes me balk. “Movies shouldn’t cost this much!” I exclaim, my voice cracking and my hair graying, “Whatever happened to the old dollar theaters?”

5 | A second can of soda at a restaurant

I take soda with a meal very seriously; arguably more seriously than I take anything else. There are restaurants I absolutely refuse to go to because they don’t have fountain soda. It’s that bad. But when I’m at one that serves soda in cans (read: no free refills), I find myself rationing it. It’s really not expensive to get a second (or third) can, but I just won’t do it. I don’t like my soda drinking being so regulated and metered, like a taxi fare or a 1-900 number. I like my soda drinking to be free flowing and boundless, running free in a meadow of carbonated, questionable chemicals.

I loathe hotel wifi because it always feels just a little too expensive and never works very well. Paying $13-a-day to share a 56k-baud modem connection with five other suckers always leaves me feeling ripped off.

I don’t think I’ve ever reached a toll road and not groaned. They expect me to PAY to drive on this road? They should be paying ME for classing up the joint.

In a move that’s either eco-friendly or obnoxious nickel-and-diming — probably some combination of both — many grocery stores have taken to charging ten cents perbag. That’s really nothing. It’s somewhere around 1/500th the cost of the groceries we’re buying. But I will still eyeball those groceries and try to figure out if we can get them into one or, at most, two bags. It’s entirely on principle. I won’t go 30 cents on brown bags, I just won’t.

So you spend tens of thousands developing your app and you expect me to pay THREE dollars for it? How dare you, sir?

10 | Changing a side dish to something healthier

I like to think of myself as a fairly non-obnoxious restaurant patron (although, after writing this list, I’m not sure I can get away with calling myself a “non-obnoxious” anything). But when the potato-for-fruit or cottage cheese switch costs money, I can’t stop the irritated customer face from immediately washing over. Just let me not jam fried food into my body without having to pay for the privilege. Because obviously if you put those fries on my plate, I’m going to eat them.

The last time I rented a U-Haul was eight years ago. I got one of their vans, not a truck. I tried to decline their insurance, as I always do, but they told me the van required insurance and my personal car insurance wouldn’t qualify. (Something like that. It’s a little hazy because I wasn’t really paying close attention. I had no idea I was on the precipice of a major life event.) I ended up smashing up the van in one of the more traumatic moments of my adult life — and I haven’t rented or driven a truck or large vehicle since. Because of that insurance, the thousands of dollars in damage ended up costing me less than $200 out of pocket. And yet… I still automatically and emphatically decline all extra coverage when I get a rental car. That’s how you truly know you hate paying for something.