11 Worst Months For Breakups, In Order 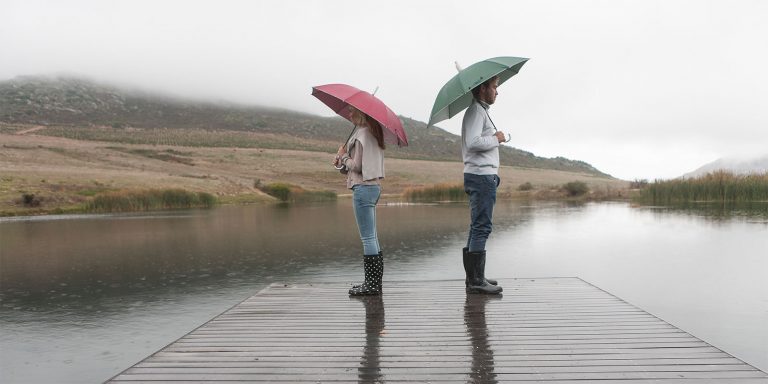 A survey ranked the months in order of how likely they are to kill a relationship. Spoiler alert?

Today, I’ve got the results of a survey of 1,881 British people that asked the month of their most recent breakup. Here are the 11 months when you’re most likely to get dumped or get to dumping…

The survey found 21 percent of breakups happen in January, by far more than any other month.

Probable reasons for breaking up this month: A bad Christmas or bad vacation was the last straw… it’s when people start fresh.

Less probable/cynical reasons for breaking up this month: Cold weather makes people mean… you didn’t want to go through the holidays alone and now that you’re through, on to a better scene… discounts on dating site pricing.

Probable reasons: Don’t want to spend the holidays with someone… want to start the next year with a clean slate… lots of stuff to do to keep your mind off your breakup.

Less probable/cynical reasons: You never intended for the relationship to last this long and now you kinda have to introduce him or her to your family and you really don’t want that… don’t want to have to buy someone a Christmas present if you know the relationship is about to end… listening to All I Want For Christmas Is You together and realizing all you want for Christmas is someone else.

Less probable/cynical reasons: Last opportunity to dump someone without being considered a dick for doing it too close to the holidays… you go Black Friday shopping together which reveals a dark side you never saw before.

The November through March stretch kills about two-thirds of relationships. As for February…

Probable reason: Some metaphor about spring being a time for rebirth.

Probable reasons: Fallout from an un-fun summer… some metaphor (that’s an even bigger stretch than April’s metaphor) about the leaves changing and you changing as well.

Cynical reason: Flippantly saying, “I wish I was a kid going back to school so I could get away from you.”

Cynical reasons: So many mega blockbuster movies to see, who has time for a relationship?… found true love on Flag Day.

Probable reasons: Anything Halloween related, from inability to find a couples costume to a disagreement over whether carving a vagina in a pumpkin is hilarious.

Probable reason: None. It’s why so few people break up in May.

Cynical reason: Memorial Day mattress sales make you remember how much you miss sprawling out in bed.

And that leaves August, which got so few votes it didn’t even chart. As a kid with an August birthday I was always annoyed that August didn’t have a single holiday. We can’t even get dumpings. August is the month that time forgot.

11 Worst Dates Of My Life