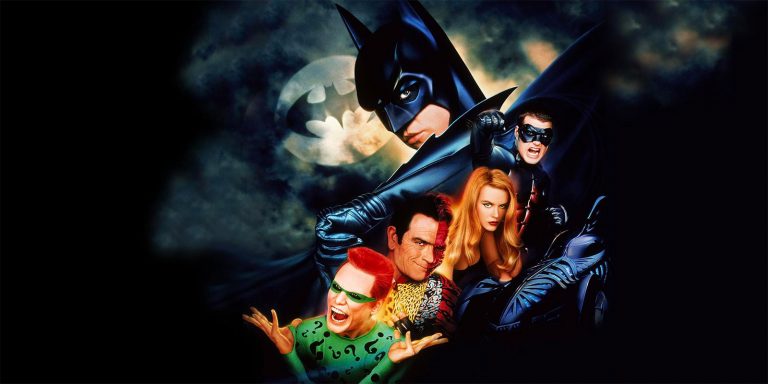 Jackass Presents: Bad Grandpa and The Lone Ranger just got Oscar nominations. They’re just the two latest in a long line of random — and often critically reviled — movies that received that honor.

Yesterday, Oscar nominations came out and the Internet had its requisite riff-off over a few of the movies that were included: The Lone Ranger; some random, tiny evangelical Christian movie called Alone Yet Not Alone; and, most of all, Jackass Presents: Bad Grandpa. While none was nominated for an award like Best Picture — they received nominations for things like Best Original Song and Best Makeup and Hairstyling — those three are all now officially Oscar nominated movies.

Here’s the twist. Those are just three in a long, long, long line of weird — and often critically and commercially reviled — movies sneaking into the Oscar nominations.

Here are 11 movies that aren’t thought of as “Oscar-worthy” that have Academy Award nominations on their permanent resume. I stuck with mostly movies from the 1990s — that seemed to be the sweet spot of Hollywood cranking out garbage and the Oscars doing a mediocre job on gatekeeping — but a few very recent ones also made the cut. 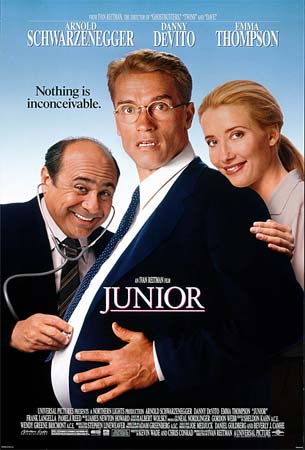 Twenty years ago, there was a movie about Arnold Schwarzenegger getting pregnant. If you’ve noticed there hasn’t been a “man gets pregnant” comedy in the past two decades even though that seems like perfect Hollywood comedy fodder (i.e. cheap to make, wildly cliched, and with paint-by-numbers story beats and a climax) — well, it’s because Junior killed the entire concept and salted the Earth behind it.

In spite of all that, Junior got a nomination. It came in the Best Original Song category for Look What Love Has Done, a duet by Patty Smyth (of Scandal [the ’80s band, not the TV show]) and James Ingram. It lost to Can You Feel the Love Tonight, one of three nominated songs from The Lion King. 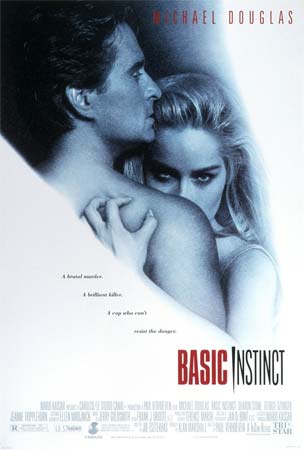 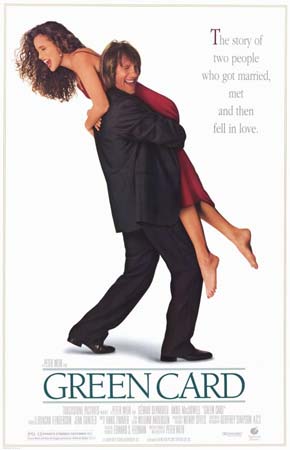 How did a cookie cutter romantic comedy get an Oscar nomination — and for its screenplay, not by sneaking in through sound mixing or something? It was written and directed by Peter Weir, who’d just come off Witness and Dead Poets Society. In other words, he got that pass that David O. Russell has right now — whitelisted to such an extent that everything he did got an automatic nomination. (Ghost ended up winning the Oscar.) 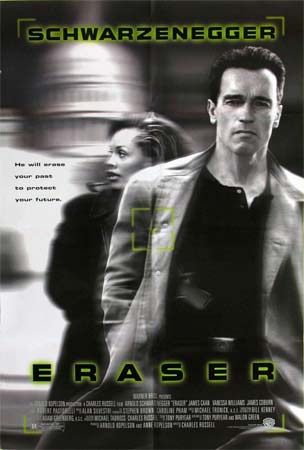 In the 1980s, Arnold Schwarzenegger could do no wrong when it came to movies. Eraser was one of the movies in the 1990s that proved he could, in fact, do a lot of wrong. (His mid-’90s went Last Action Hero, True Lies, the aforementioned Junior, Eraser, Jingle All the Way, Batman and Robin. Only True Lies was good.)

Eraser is a forgettable movie featuring Arnold as a U.S. Marshal who helps “erase” witnesses in danger by faking their deaths. It also features James Cromwell, part of his two-decade run where anytime you saw James Cromwell in a movie you knew he’d end up being the bad guy.

(Eraser lost at the Oscars to The Ghost and the Darkness, a Michael Douglas/Val Kilmer movie I have zero memory of.) 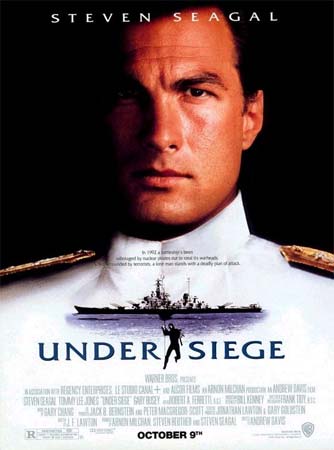 Even though the Best Sound Editing nomination officially went to the two head sound guys on the movie — John Leveque and Bruce Stambler — does this mean Steven Seagal once got invited to the Academy Awards? (The movie lost to Bram Stoker’s Dracula.) 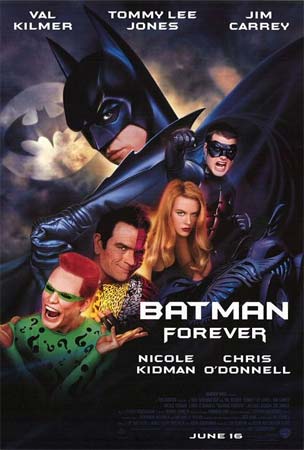 Batman Forever was the first of two nearly-successful attempts to kill off the Batman franchise forever (Batman and Robin was an even more aggressive attempt a few years later). It lost to Braveheart in both categories.

By the way, The Dark Knight Rises got zero Academy Award nominations. No sound, no effects, nothing. 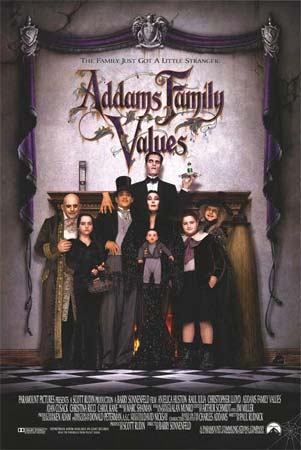 For a second, when I saw Addams Family Values got an Oscar nomination, I thought it might be for MC Hammer’s spectacular Addams Groove. Upon investigation, that song actually accompanied the first film; this sequel had an even more ridiculous signature rap song. Tag Team remade Whoomp! (There It Is) into a song that goes: “Whoomp! Addams Family! There it is!” then flows into uninspired verses about the plot of the movie. 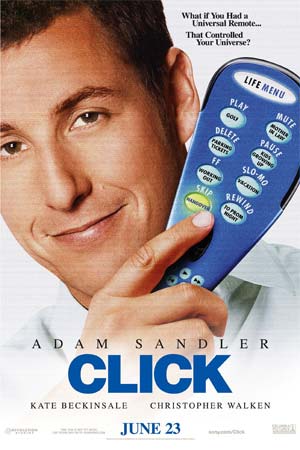 I believe this is the only Adam Sandler movie ever nominated for an Oscar. It would’ve been amazing if he could’ve shot the moon and gone his entire career without being in a single nominated movie. (Pan’s Labyrinth won. The competition was Click and Apocalypto. Is it possible Pan’s Labyrinth got the rarely seen 100 percent of the vote?) 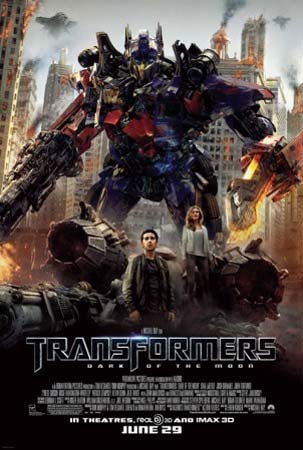 All three Transformers movies are Academy Award nominated. All three lost, to The Bourne Ultimatum, The Hurt Locker, and Hugo, respectively. There’s a lot of pressure on this next Transformers movie to keep the franchise’s sound mixing pedigree alive. Is the sound mixer’s finger trembling as he adjusts levels right now? Is he throwing irrational fits at foley artists? Is he putting flaming bags of feces on the boom mic operator’s front doorstep for doing such a shoddy job? 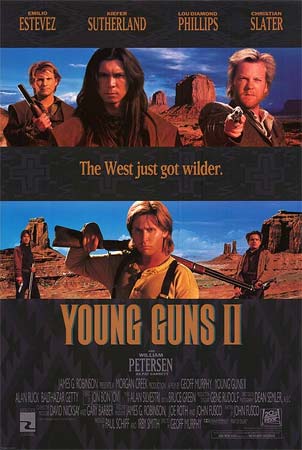 In the Academy’s defense, the song that got Young Guns II its nomination was Wanted Dead or Alive by Bon Jovi. ANY movie with that song was getting nominated for both an Oscar AND for most badass movie in the world. By the way, in a virtually identical situation, in 1986, Karate Kid II got a Best Original Song nomination for Peter Cetera’s Glory of Love. 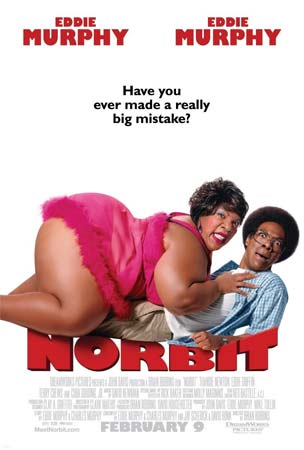 Norbit would probably be the consensus pick as the worst movie ever nominated for an Academy Award. But it got one for turning Eddie Murphy into a chubby woman. I wonder if anyone at Paramount ever thought about putting “Academy Award Nominated” on the DVD packaging? (It lost to La Vie en Rose.)
Have you ever made a really big mistake?