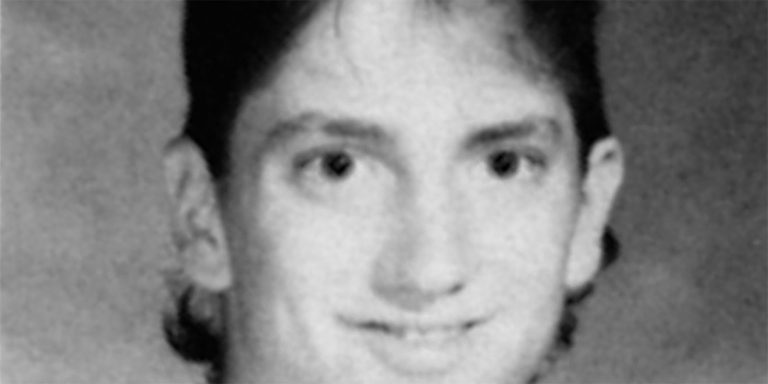 Pictures of Eminem, Avril Lavigne, Lil Jon and more when they were just awkward kids.

Every once in a while, I write down a piece of advice I’d like to pass on to my kids one day. (In fact, these pieces of advice may soon form an 11 Points list.) The addition that sparked this list: Take each yearbook photos as serious as life or death.

Because, more so than anything else that happens to you in high school, yearbook photos stay with you and have the potential to permanently haunt you. HAUNT.

Like, for example, the yearbook photos on this list. People in the music industry are all about their image. The image sells everything. As Jennifer Lopez proved, singing talent is among the least important, if not THE least important, determinant of record deals/album sales/industry success.

So here we’re going to look at 11 people in the music industry whose yearbook photos completely and totally belie the marketing image their entire careers are based upon. 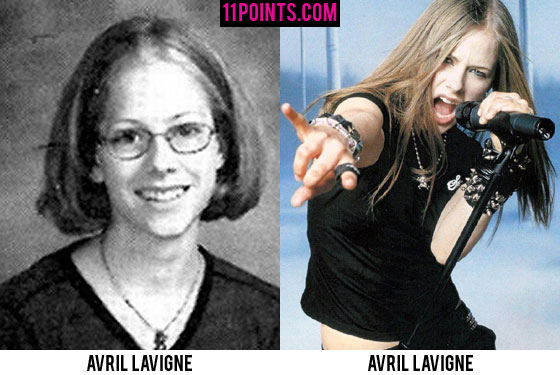 We always knew we were being sold something with Avril… the whole suburban Canadian punk rock badass image all felt so corporate. Well… here’s what she looked like before a record company slapped a few spiked bracelets and heavy eye makeup on her. 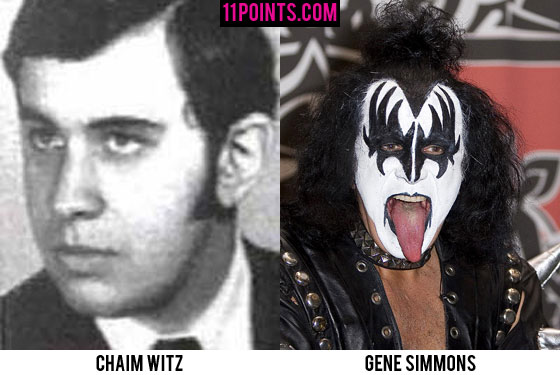 His yearbook photo shows him back when he was Chaim Witz, a nice, well-groomed Jewish mensch. That was long before he put on face makeup, stuck his tongue out, and saved Santa. 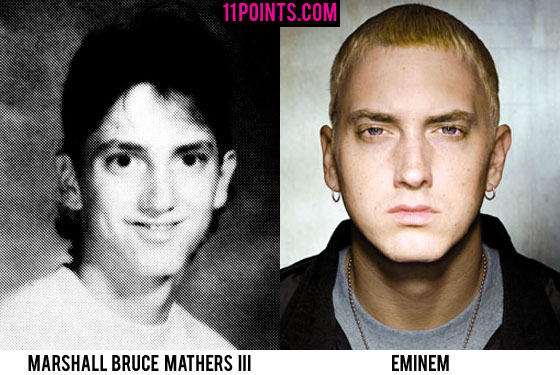 I’m not sure if it’s the mullet or the goofy, googly facial expression… but his yearbook photo completely belies his “I’m a giant dick” public persona. Somehow, though, you can still tell he was legit white trash. 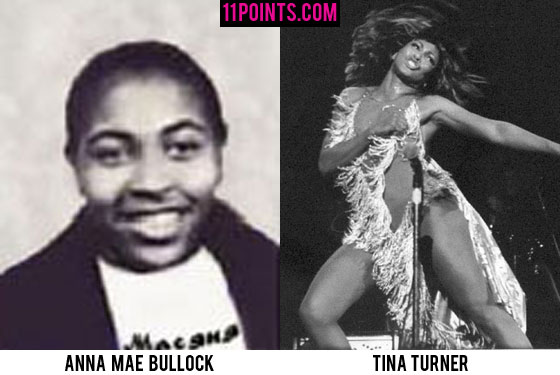 Back when she was Annie Mae Bullock. It’s not that she’s necessarily unattractive… but she’s frumpy to the point where no one could’ve predicted she’d have the face and body that launched a thousand drag queens. 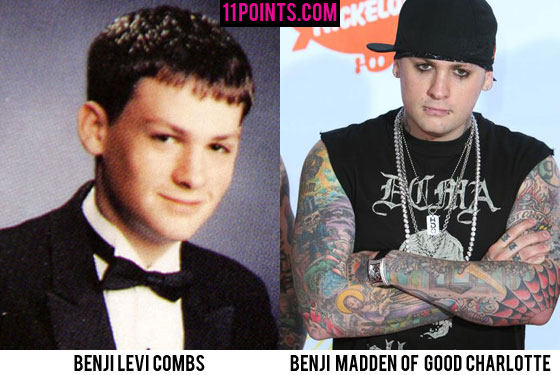 Everything that Good Charlotte’s ever done has been contrived. I intentionally chose a picture of modern Benji, with his strategic tattoos and piercings, standing in front of a Nickelodeon logo. 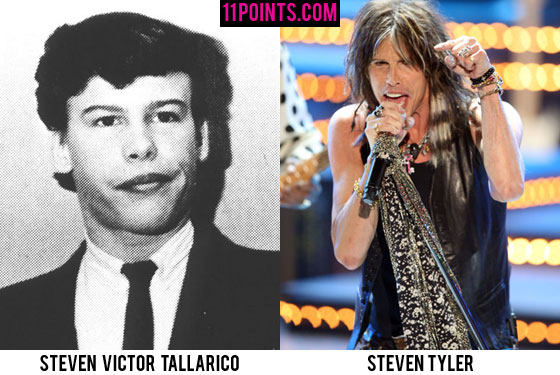 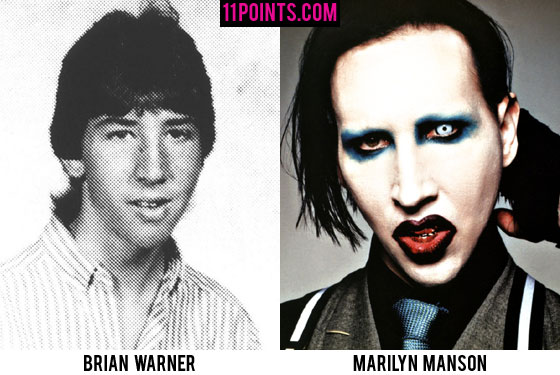 Marilyn Manson wasn’t a strategically-calculated freakshow growing up. In fact… he wasn’t even close. 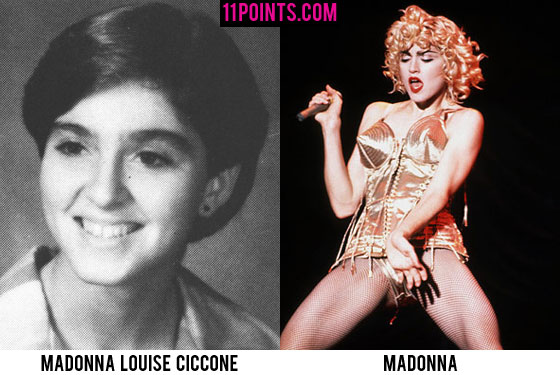 Madonna in high school looks completely ready to be a seamstress or receptionist or housewife with a drinking problem. So it took some serious twists to quickly transition her into the Madonna on the right. 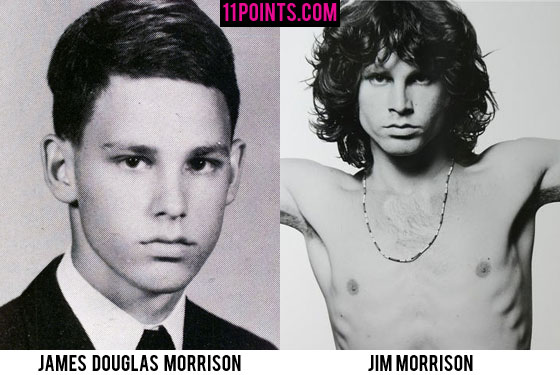 How much does his yearbook photo scream, “Go to the local state university for four years, get a degree in architecture and eventually become a middle manager?” 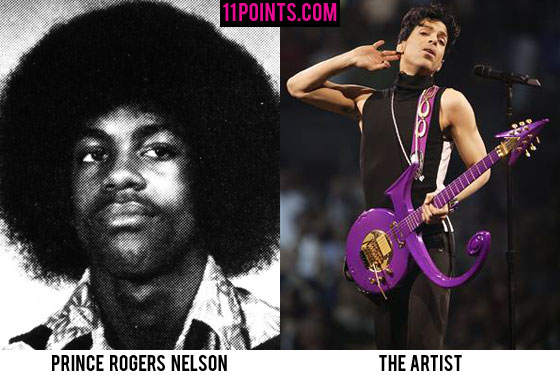 This is the only case where the yearbook photo makes the person look way tougher, cooler and more badass than the modern photo. 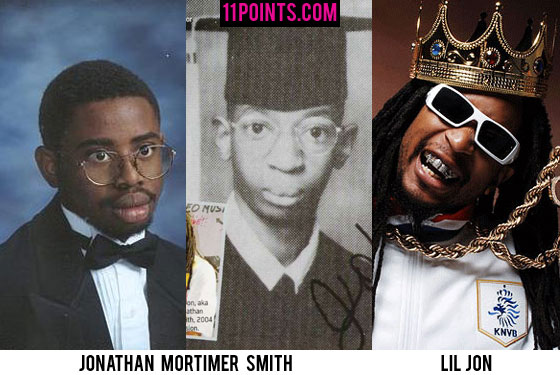 There are no words. Other than Whaaaaaaat?

And finally, though the list of 11 is done, I have one epilogue note. Ryan Seacrest’s not a musician like the rest, but thanks to American Idol and his radio show, he is connected to the music industry. And I would be doing you a disservice if I didn’t bust out his image-shattering yearbook photo too. 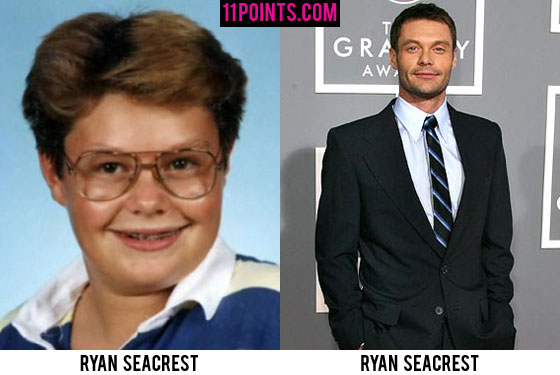