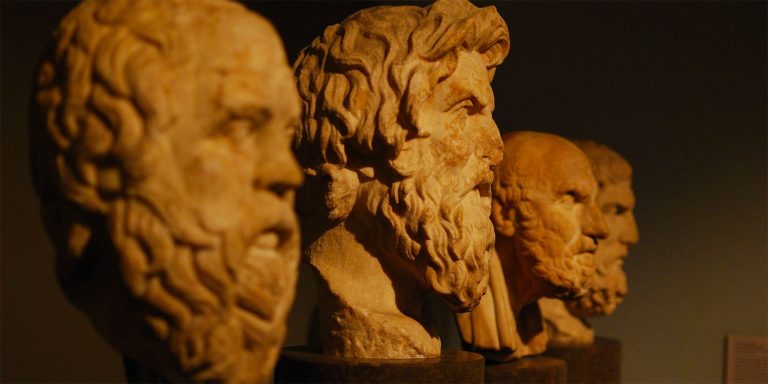 A scandal has leaked out at some of North America’s most prestigious philosophy departments.

If you receive a package of feces in the mail but don’t open the package, does the feces exist? Let’s call that the dilemma of Schrodinger’s scat. 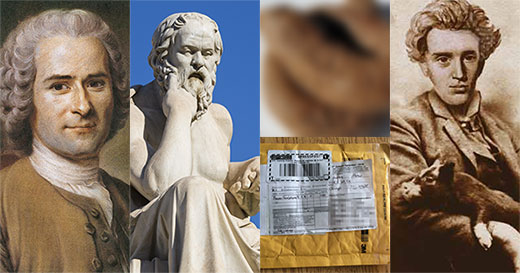 There’s a bubbling scandal in the world of academia right now, and it all emanates from the prestigious, highbrow world of philosophy devolving into a Larry the Cable Guy direct-to-Crackle comedy.

This summer, four philosophy professors in North America received padded envelopes at their offices. And when Sally Haslanger at MIT, Carrie Ichikawa Jenkins at the University of British Columbia, J. David Velleman at NYU, and Carolyn Jennings at University of California, Merced opened their packages, all four found feces inside.

But now that the professors have discovered they’d all received similar packages, they started putting the pieces together. It seems the uniting thread amongst the four of them is a battle with another philosophy professor, Brian Leiter at the University of Chicago. And since the odds are virtually nonexistent that four random philosophy professors would share two common enemies, it’s hard not to look in his direction.

Leiter is the founder of the Philosophical Gourmet Report, which is widely known in the philosophy community — and, with all due respect, literally nowhere else — that ranks philosophy Ph.D. programs. It’s been around since 1989 but, in large part due to Leiter’s apparently caustic and confrontational nature, it maintains something of a controversial, uneasy presence in the field.

Finally, two years ago, Haslanger, Jenkins, Velleman and Jennings wound up publicly speaking out against Leiter for being disrespectful to the community. And when he battled back, they, along with hundreds of colleagues, decided to stop providing information to the Report unless he stepped down as editor. He did shortly thereafter but, one would assume, resentment lingered.

Which brings us back to the present and, of course, the four anonymous piles of feces — was Leiter behind them?

He says no, emphatically. He even — I believe without realizing the fantastic double entendre — called it a “smear campaign” against him. But one piece of evidence sure seems to point at him.

When you send a package domestically, you can do it totally anonymously. But when an American wants to send a package to Canada, those anti-solipsistic bastards make you fill out a brief customs form. 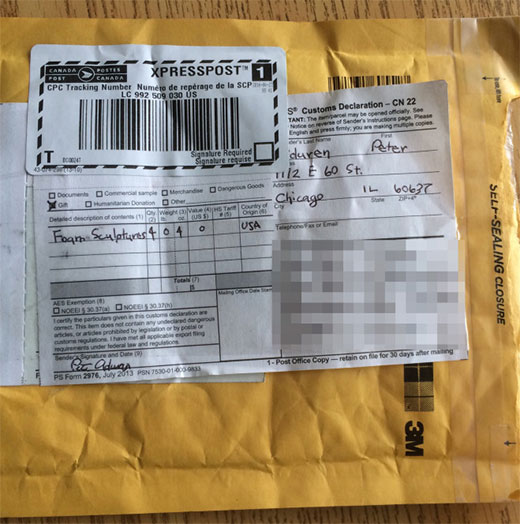 So while the packages to MIT, NYU, and UC Merced were all completely anonymous, the one to the University of British Columbia had a customs label with a return address. The package was signed by a “Peter Aduren” — which is believed to be an alias Leiter uses — and the return address was one digit off from his office in Chicago. The tracking information also links back to a post office in Chicago. (The item in the package is declared to be “foam sculptures.” They aren’t foam. MIT tested theirs and confirmed feces.)

Unfortunately, that’s where all this amateur sleuthing ends.

Three of the professors notified their respective campus security (which, unless something has drastically changed since I was in college, is basically as effective as saying “Find bad guy plz” and throwing a penny in a wishing well). Jenkins filed a police report, but it appears the Mounties aren’t particularly apt to begin an international criminal investigation over a few turds in an envelope.
And at this point, the feces is too old and contaminated for DNA testing, so that’s a dead end as well.

So, basically, the trail runs cold. And the mystery of the Great North American Philosophy Poop Drop of 2016 will, most likely, go forever unresolved.

As Bertrand Russell said, “Whoever wishes to become a philosopher must learn not to be frightened by absurdities.” If only he’d known that 150 years later, that would manifest itself like this.

Why Do I Keep Bumping Into Graduates of Big Homie University at Fast-Casual Mexican Restaurants?