Salt-N-Pepa’s 33 Characteristics of a Mighty, Mighty Good Man, Ranked by Difficulty to Achieve 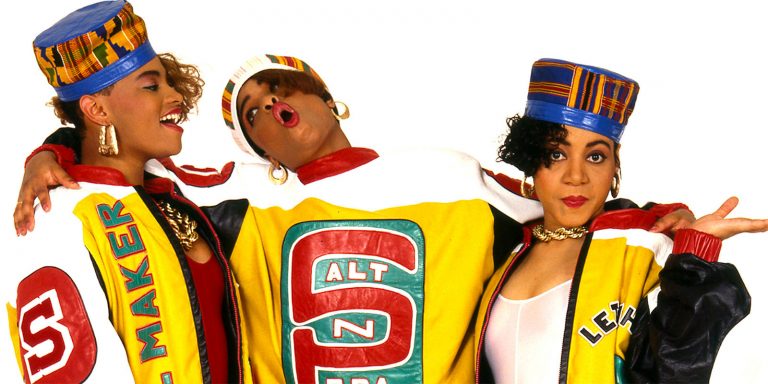 In late 1993, Salt-N-Pepa and En Vogue released a single called Whatta Man. (Although Salt-N-Pepa do the heavy lifting; En Vogue is there for the chorus and the chorus only.) The song was a big success, becoming a top three hit. (Behind only Sheryl Crow’s All I Wanna Do and Montell Jordan’s This Is How We Do It. Apparently they should’ve put “Do” in the title.)

Anyway, that led me down a Whatta Man spiral and into a real look at its lyrics. Its ridiculous lyrics.

During the course of the song, Salt-N-Pepa detail 33 specific qualities that make up a mighty, mighty good man. I broke them all out and ranked them by their difficulty to achieve. Consider this the checklist to becoming a mighty, mighty good man (at least based on what Salt, Pepa, and, I guess, Spinderella and En Vogue were looking for 23 years ago).

Here are the 33 qualities, ranked from most to least difficult to achieve.

At some point, you’d go broke doing this one. Plus, how cluttered would your house get?

This one requires a mix of a full-time bodybuilding schedule and the genetics to pull it off. Tough standard.

3 | Gives me goose pimples with every single touch

Giving goosebumps on some touches? Sure. Most touches? There’s an outside chance. Every touch? I’d like to see that.

Twelve hours of daily intercourse seems like an unattainable goal, especially since we’re only 4/33rds of the way into the song and you’re already on the hook for a bodybuilding and gift acquiring schedule.

In other words… be very handsome. That seems tough to attain if you weren’t born that way, but the plastic surgery option makes it slightly more feasible than the others above.

Being smart like a doctor is hard enough, but the stakes are raised even more. Gotta have that “real good rep” too. Not a doctor with a bunch of malpractice lawsuits pending or bad scores on HealthGrades.

8 | Always has heavy conversation for the mind

Ooh, I fail miserably at this one. Considering the most intense conversation I had with my wife yesterday was about which variety of Baskin-Robbins’ new Polar Pizza looked the most delicious. (Obviously the Oreo one.)

This is tough, because it really depends on a lot of external factors beyond your control. It’s like the Win statistic for a pitcher in baseball. Like, what if you have sexual relations right after she drank three Red Bulls? Or she’s trying to stay up to see James Cordon do Carpool Karaoke with Russell Crowe plus a special cameo from Demi Lovato? Then the sex won’t knock her out for the rest of the night, but it’s hardly your fault.

I think it’s slightly harder to beat up another dude (a “knucker,” apparently, according to every lyrics site) than to metaphorically get the sexual knockout. But I’ve spent my life doing everything I can to avoid getting into any physical altercations so I’m just speculating.

13 | Takes his time and does everything right

Getting a little redundant.

Who could be relaxed with all this pressure?

So when you wear jeans, still look unique. Like put a macaw on your shoulder or wear an inside-out sportcoat or something.

17 | Keeps me on Cloud Nine just like the Temps

This one is purely metaphorical.

This one isn’t even metaphorical, it’s just words.

21 | Somebody that can make me laugh

“(Ha ha ha) You so crazy I think I wanna have your baby.” Is this the origin of the myth that the most important quality in a guy is his sense of humor?

So you have to let her win at Monopoly and, like, miniature golf and such. That might be tough with your competitive nature, but it’s doable.

This is pretty easy. As long as you don’t use a bad pickup line on the first meeting, you can probably ride it out without being corny from that point on. (“Hey Pepa, want me to be your Kosher salt?”)

If you don’t always choose your wife or girlfriend over other women, you probably aren’t a mighty, mighty good man.

Can you handle not pretending to be a pimp? I would speculate yes.

30 | Spends quality time with his kids when he can

Just “when he can.” So if you’re busy, screw those kids and it’s still all good.

I can safely say everyone in a solid relationship should be able to avoid saying, “I love you not.”

I know it’s a reference to a Whitney Houston song and it was just used for a rhyme (with “choosin'”) — but still, knowing your significant other’s name is a very low bar.

33 | He flows on the down low, ’cause I never heard about him with another girl

Got that? The edict isn’t “don’t cheat on me,” it’s “if you do cheat on me, don’t get caught.” I’m pretty sure even a mighty, mighty awful man can pull that one off.

Closing Time by Semisonic Is About Childbirth, Not Last Call at a Bar?

11 Songs About PDA, Ranked by Appropriateness of Displaying That Affection In Public

How Baby Got Back Was a Response to Spuds MacKenzie, Bud Light Party Dog

11 Songs About Different Amounts of Time, From Shortest to Longest, Part Two