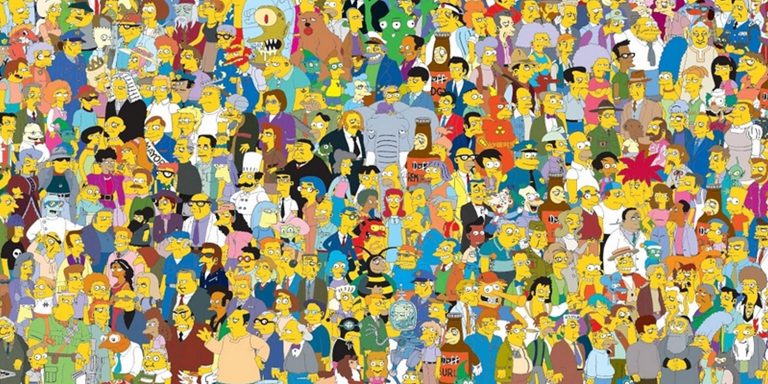 After I wrote about my son Max last week, the question came up over whether it was a reference to Max Power.

A few weeks ago, the night the Cleveland Cavs won the championship, I posted a personal piece about what a championship in my hometown meant to me, especially from my perspective as a new dad. In the essay, I talked quite a bit about my baby son, Max.

I received a lot of really great feedback about what I wrote, but one message stood out and, I felt, needed to be publicly addressed. A reader named Tim wrote me on Facebook to ask,

Wait, did you name your kid Max as in Max Power?

Near the tail end of the Simpsons boom period, there was an episode where Homer legally changed his name to Max Power. (“I got it off a hair dryer.”) I love that episode. I’ve quoted it many times on this website. 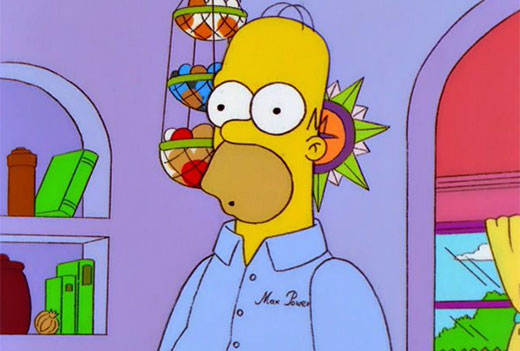 But naming my child after it? Am I that nuts? Here is my statement on whether my Max is named after Max Power: No, he’s named after my late grandma Martha and my wife’s late grandpa Marco… but “Max Power” did cross my mind shortly after we proposed the name.

So let’s call the Simpsons tie-in to Max’s name a happy coincidence.

And now, 11 suggestions if you’d like to subtly work a Simpsons reference into your child’s name. Obviously you can’t go with something like Homer or Milhouse or Joey Jo Jo Junior Shabadoo, but here are some quality options… 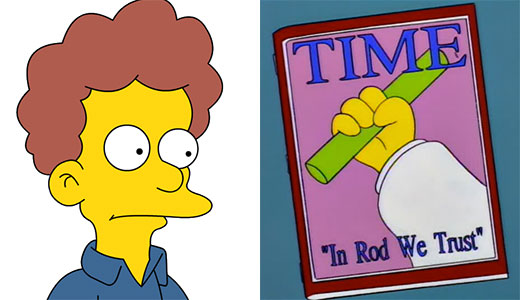 With “Rod,” you get a reference to both Rod Flanders and the Inanimate Carbon Rod. And the personalities of those two characters kinda sum up the duality of man, so that’s worth something. 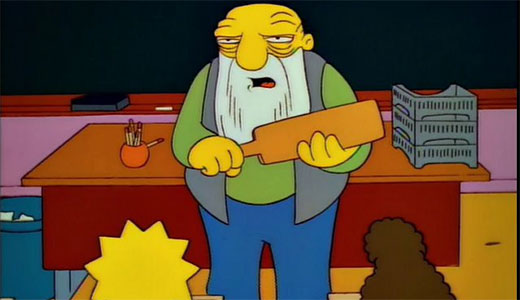 The name “Jasper” fits the current hipster trend of resuscitating old fashioned names, plus it allows you to make “paddling the school canoe? that’s a paddling” comments so much that eventually your husband or wife (almost certainly wife) will have to ask, “Why do you keep saying that?” 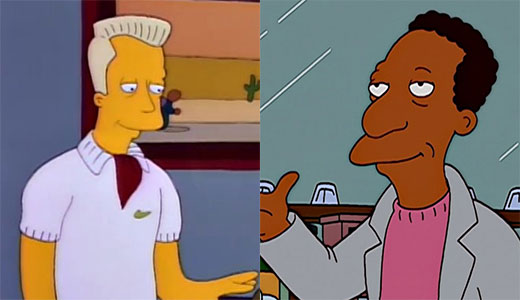 Both Homer’s gay assistant AND black buddy are named Karl/Carl. Either way, what a way to make a statement on your progressive view of sexuality and race. 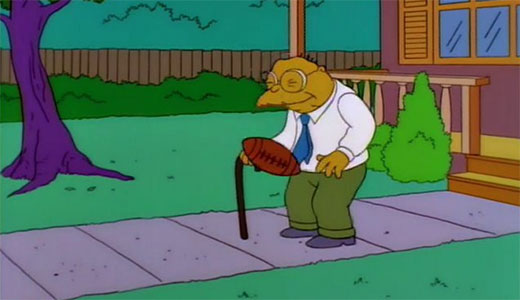 If you want a nice German flair, pick Hans over the more obvious Uter. Hans is the name of one of the Germans who buys the power plant but, more important, it’s the name of the legend that is Hans Moleman. Whenever you kiss his head, you can say, “It’s like kissing a peanut.” 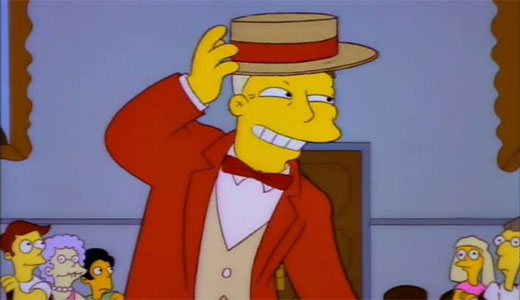 You don’t see kids named Lyle anymore (if we ever really did), so it’s unique. Unique from Brockway to Ogdenville to North Haverbrook. 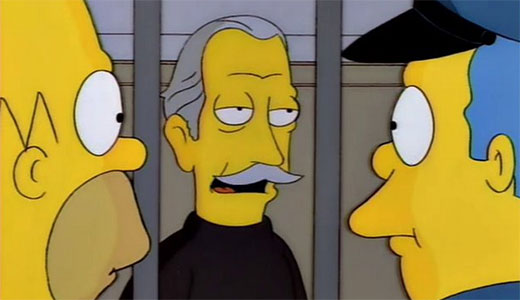 “Molloy” is kind of a cool name (probably for a girl), like a jazzier version of “Molly,” and with alluring cat burglar implications. 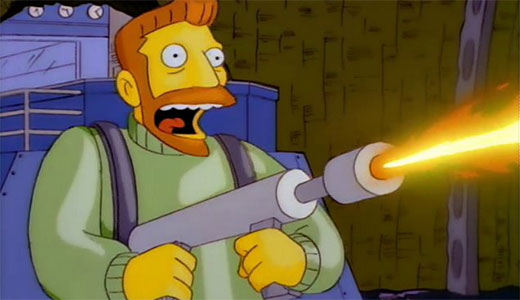 Hank Scorpio is in the conversation for the most memorable one-off Simpsons character ever, so he deserves partial credit on any kids named Hank. You can go “Henry” and use the nickname “Hank” for that extra layer of subtlty. 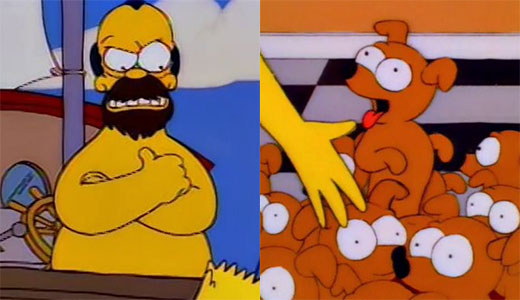 I have a friend who’s a huge Simpsons fan who went with Rory. He, like me, says it wasn’t a Simpsons thing. But we’ll see how he reacts when she stands on her hind legs like a little Rory Calhoun, or passes bad checks like Rory B. Bellows. 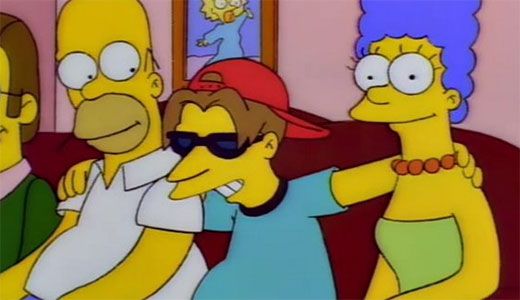 Because Poochie is too obvious. 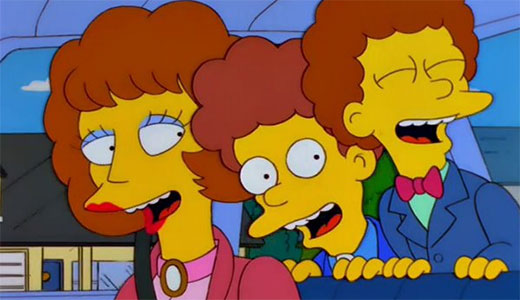 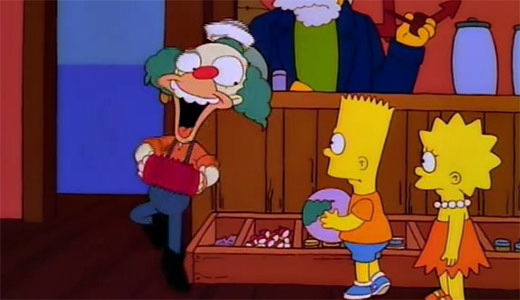 Call him Handsome Pete and perhaps he’ll dance for nickels.