An interview with Sisqo reveals some surprising insights into the inner workings of the Thong Song.

I celebrate Sisqo’s entire catalog. Unfortunately most people don’t quite have such evolved and refined musical tastes and only know him from The Thong Song. Your knowledge is incomplete. (That’s a Sisqo song pun, by the way.)

The Thong Song was released on December 31, 1999, elegantly making it the final ’90s song. In the 16 years since, it has remained a mainstay at spring break, at dance parties both ironic and not, for karaoke (even though the lyrics are VERY limited) and on all ’90s and ’00s mixes.

But apparently, there was more going on with The Thong Song than appeared on the superficial surface. 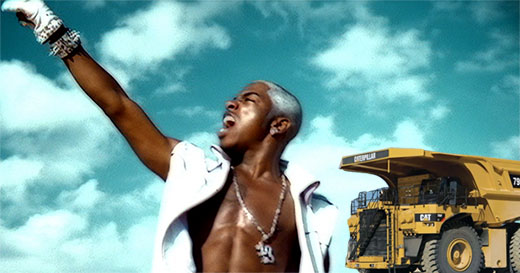 Sisqo just did an interview with the Huffington Post in which he provided enlightenment, clarification and immutable context for The Thong Song. Here are the highlights…

Although the subject matter is thematically sophomoric, Sisqo had lofty plans. “Fast forward 16 years later, and when you listen to it, you open up a time capsule… I was thinking about that when I made it. Much like the Renaissance period of art and music … that music and art is still appreciated today.”

The song uses classical strings, as well as music closely inspired by the Star Wars theme song, Flight of the Bumblebee and Eleanor Rigby. “Inspired by,” not sampling, to avoid royalties. Sisqo says the intention was to use the palatable underwear theme almost like a Trojan Horse (my words, not his) to get people enjoying the elements of classical music.

“Beautiful women from all over the world are still trying to brandish their underwear before me. I’m never tired of singing that song.”

There’s been a theory circulating online for the past decade that the key line “she had dumps like a truck” was suggesting that, due to the impressive size of the woman’s buttocks, she must be able to produce massive amounts of feces. Kind of like when a woman has large breasts and you say, “Well her babies won’t go hungry.”

Finally, Sisqo has clarified that no, the scatalogical inference does not match his intention. Because “that would mean I was some kind of fecal freak.”

But… it also doesn’t refer to the colloquial “junk in the trunk,” which is the other popular interpretation.

In other words, he’s comparing a generously proportioned woman’s dancing to a dump truck. Is that really the ideal meaning?

5 | If he were to write a follow-up, what article of women’s clothing would he choose?

6 | And finally, what indulgence does he partake in thanks to his lifetime of Thong Song royalties?

Well I feel enlightened. Here’s hoping the Huffington Post can now set their sights on tracking down Biz Markie and figuring out what Blah-Blah-Blah’s name really was.

The Lyrics to Backstreet Boys’ I Want It That Way Intentionally Don’t Make Sense?

How Many Lines in Ain’t No Fun Make It Through the Radio Version Unedited?

Closing Time by Semisonic Is About Childbirth, Not Last Call at a Bar?