Here are the 11 oddest shirts from the collaboration.

The NFL isn’t exactly shy about handling out licenses for merchandise, but this borders on the verge of surreal.

A website called Teespring just started selling a new line of t-shirts that mash up NFL teams and music artists and bands from the teams’ cities. (Well, in most cases, but we’ll get to that in the list.) On first glance, the shirts look like bootlegs; like one of those “an artist made all of the NFL logos based on the city’s signature food” or “NFL teams as Disney characters” lists that occasionally pop up.

Three teams were spared from inclusion in this line: Oakland, Dallas and Green Bay. The rest weren’t so lucky. 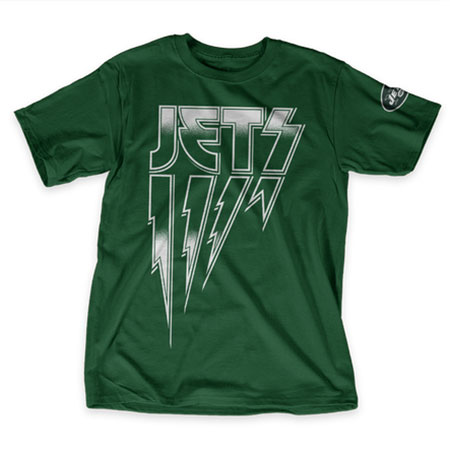 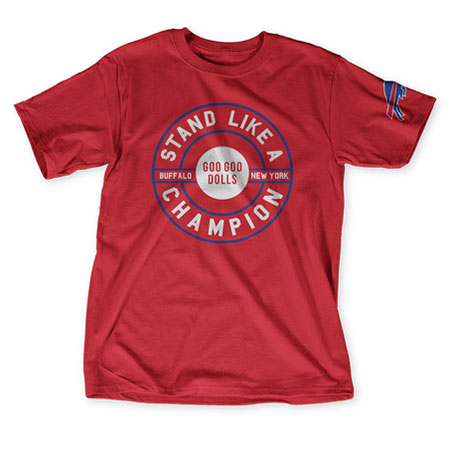 “Stand like a champion” is a line from a Goo Goo Dolls song. It feels like they’re just mocking the poor Buffalo Bills to put it on their t-shirt. 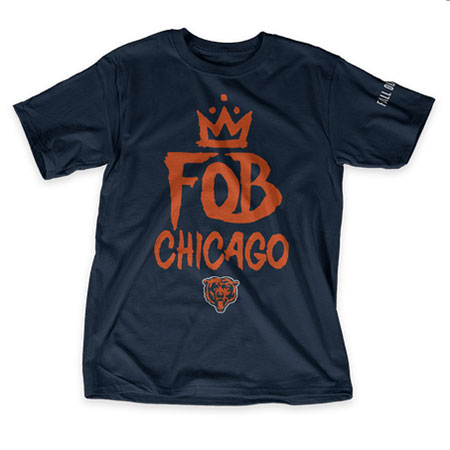 Of all the Chicago-born musical acts, they went with Fall Out Boy? What does the Venn diagram look like of Chicago Bears fans and Fall Out Boy fans? The Bears logo could easily be smashed like a pumpkin. Or, um, getting the Calvin treatment by R. Kelly. 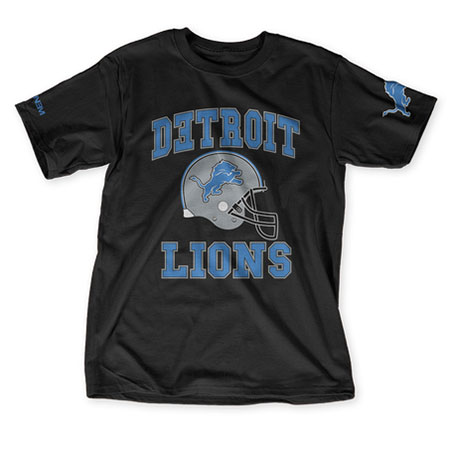 I feel like this design is almost too subtle (in contrast to, say, the Jets/Kiss one). The backwards “E” looks more like an overseas printing error than an homage to the Eminem logo. You KNOW if they’d gone with Kid Rock instead it wouldn’t have turned out this subtle. Hell, even Bob Seger probably would’ve brought more design heat. 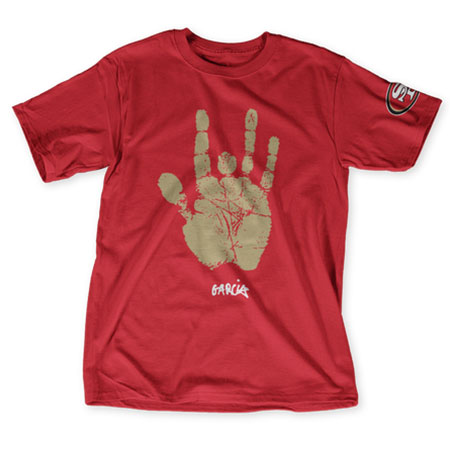 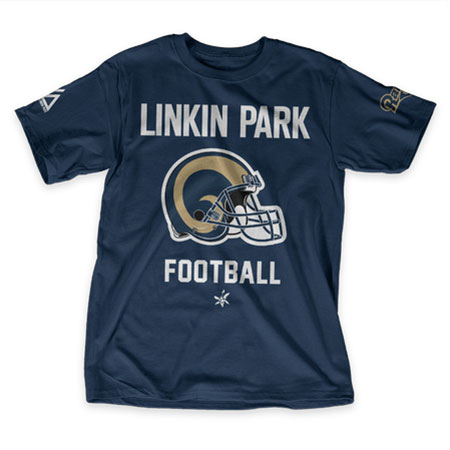 This shirt is more confusing than anything else. Like, let’s assume 99.9 percent of people don’t know these NFL+music t-shirts are a thing. But you do, and you buy this shirt. Then you walk around in it. Is anyone going to be like, “Whoa, rockin’ shirt my man! Those are two of my favorite things! A football team that’s three weeks old and a band that peaked 15 years ago!” No. They’re going to be very, very confused. And rightfully so. 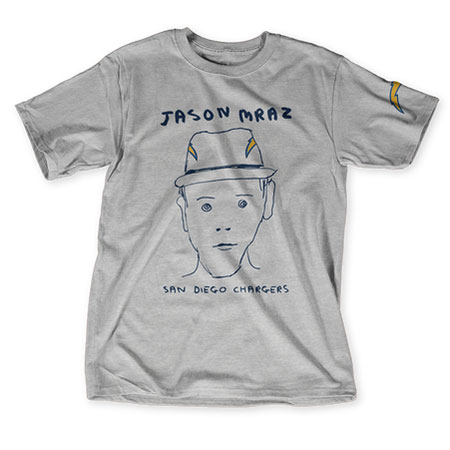 The drawing is actually kind of funny, but Jason Mraz just seems like a massive fundamental mismatch with NFL football. 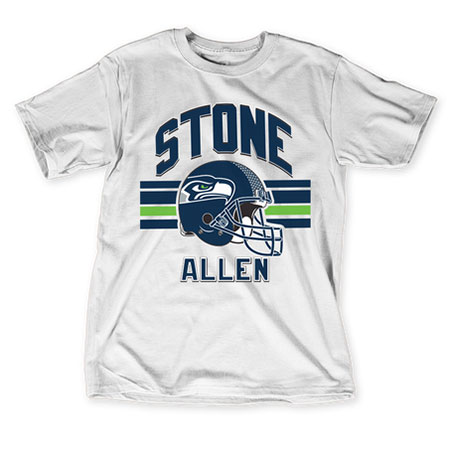 I’m not sure I get the design choice of putting “STONE” up top and “Allen” down below when the artist’s name is “Allen Stone.” He’s not exactly super duper famous. This seems more like a shirt suggesting throwing stones at Seahawks owner Paul Allen, which makes little sense since the Seahawks are one of like six NFL fan bases who don’t have beef with their owner. 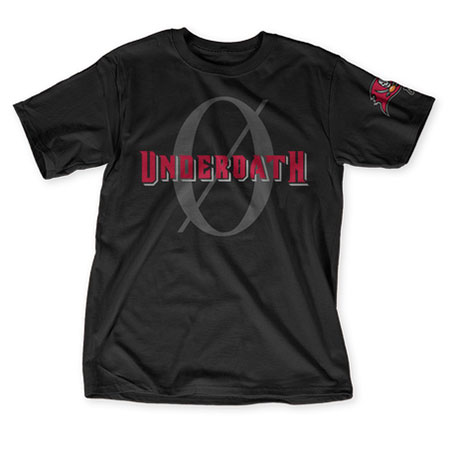 The Buccaneers are relegated to sleeve placement on what is otherwise a pure, 100 percent band-at-Hot-Topic t-shirt. 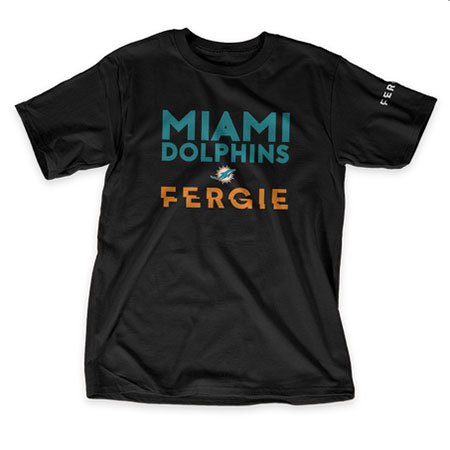 Not only did they mail in the design of this one — it’s just words — but I’m not entirely sure what Fergie has to do with the Miami Dolphins. She grew up in Los Angeles. It’s not like Miami is hurting for artists who would’ve been a part of this shirt. I mean, even Will Smith would’ve been a more organic pick. 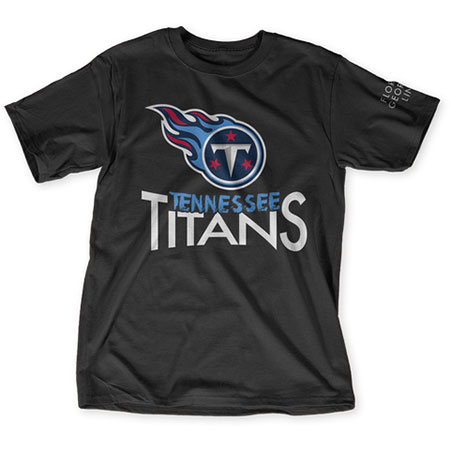 11 Coincidental Wardrobe Choices That are Evidence of Cosmic Intervention