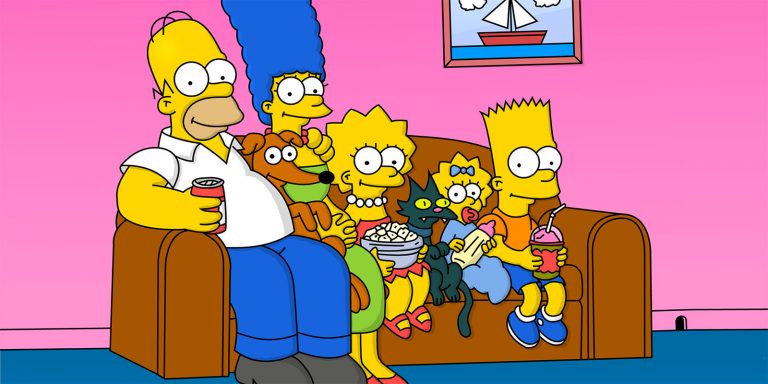 A study finally answered which side characters are the most prominent.

Yesterday, a software developer named Todd Schneider released the results of a study that, frankly, I’m shocked no one had ever done before. He pulled all of the scripts from every Simpsons episode ever (available on the website SimpsonsWorld.com) and wrote a script (a script script, as it were) to analyze 1.3 million lines of dialogue in the series.

The results that most caught my eye determined which side characters have had the most dialogue over the shows’ almost 600 episodes.

Here are the 11 characters outside of the core Simpsons family who have spoken the most throughout the history of the show and, therefore, could be considered the primary side characters in a massive universe of contenders.

I suppose this is unsurprising, considering his longevity in the show and his role in driving so many plots. It’s also well deserved, as he’s my pick (and I’d guess many people’s picks) for the best side character of all.

And Moe would be the other character in that discussion.

Flanders isn’t always the funniest character but he’s the necessary straight man to Homer and, as the Simpson house is by far the primary setting for the show, unavoidable.

I’ve never been a huge Grandpa Simpson guy, but he has been a consistent presence since the beginning — with his level of senility seeming to fluctuate similar to Homer’s level of stupidity.

I’m not surprised he’s up here, but I am surprised Ralph isn’t.

His interactions with other characters (specifically the core family members) are relatively limited as compared to the rest of this list, but he does get to spend a lot of time in their living room via the TV. That’s enough to earn more than 15,000 lines of dialogue.

Had the show stuck by its early focus on Bart rather than Homer, perhaps this list would’ve done a better job coming up Milhouse.

I’m a little surprised here (I would’ve guessed Smithers) but, like many of the others above, it’s a strong statement on a character from the beginning demonstrating some longevity. Something that Dr. Marvin Monroe and Bleeding Gums Murphy couldn’t pull off.

Carl finished five spots lower, with the four characters between them being Waylon Smithers, Nelson Muntz, Dr. Hibbert and Mrs. Krabappel. It’s a bit of surprise how much higher they both finished than Barney (26th), considering their relatively late arrival as regulars.

And now, 11 other random observations from the breakdown:

Who talks more than Dolph.

Snake did as well. Fat Tony talks more than any of them.

Troy McClure is 27th and Lionel Hutz 41st. Those would both be so much higher had he not been killed. Lionel Hutz is a spot behind a more recent (and FAR less popular) character, Gil Gunderson.

Two episodes and he made 45th place? It REALLY makes me sad they didn’t do a second Larry Burns episode — Rodney Dangerfield could’ve rocketed right past him. It also makes me think there must be some kind of mistake.

And similarly, Supernintendo Chalmers had spoken slightly more than Willie.

7 | More on just how surprisingly low Barney Gumble is

9 | Moving on to the main family characters…

Homer has 21 percent of the dialogue in the history of the show. Along with Marge, Bart, and Lisa, the core family accounts for 47 percent. So basically, half of the lines in the show come from one of those family members.

10 | The family dominates the dialogue

Even the top supporting character, Mr. Burns, is more than doubled up in dialogue by the lowest core family member, Lisa.

11 | Bart had nearly 15 percent of the dialogue in season one, but Homer still had more

Bart has never had that large of a percentage since (rarely breaking the 10 percent line), while Homer had more than a quarter of the lines in season 10.

Check out these charts and more at ToddWSchneider.com.